After Getting Shot in a Mugging, Def Jam Dallas Rapper G.U.N. Set Up a Recording Studio in the Hospital 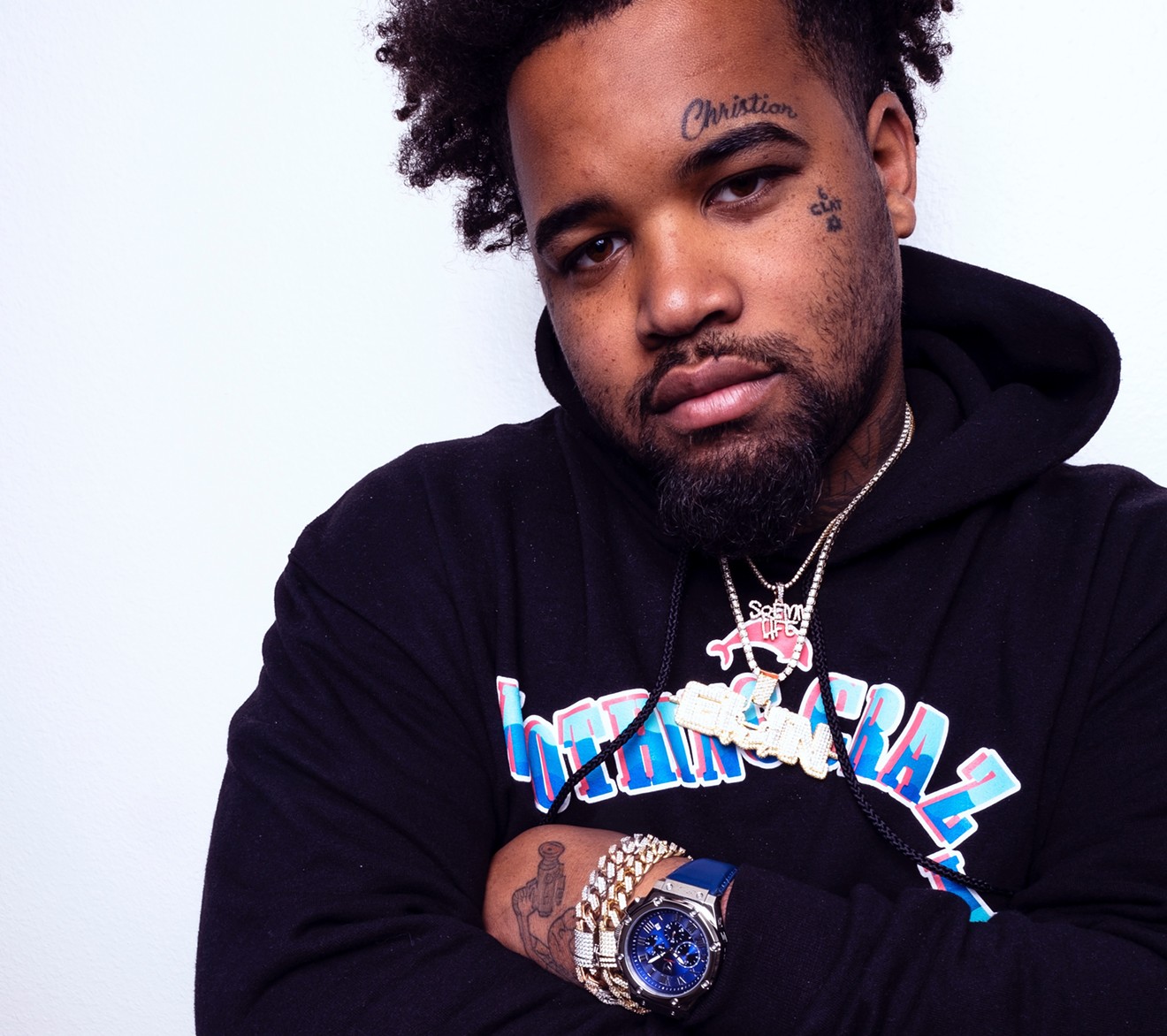 Dallas hip-hop artist G.U.N. wouldn't let gun violence hold him back. When he couldn't get to the studio, he made a studio come to him, at a hospital. Meister Watches
“We’re not built the same,” says Dallas-based rapper G.U.N. on his most recent single “3 Shots In.” While other rappers have used some variation of this line in their songs, G.U.N. has certainly proved that he has greater tenacity than anyone in hip-hop. This June, he was shot in a mugging near his studio. Two months later, he is gearing up for the release of his new EP, Rob Who, Take What, which is now available for purchase and streaming.

G.U.N. recalls the night of the armed robbery, insisting that it was not the result of any ongoing beef or prior dispute.

“I was outside, you know, just chilling,” G.U.N. says. “I was going to the studio, and two dudes just ran up on me from behind. They had the gun out, pointed it at me, and said, ‘Give it up, you already know what’s going on.’ I was like, ‘I’m sorry, bro. I can’t give it up, you’re just going to have to shoot me.’”

G.U.N. was then shot twice in the leg and once in the shoulder.

“One bullet went straight through my leg and the other went in and ricocheted off of my bone then went out of my leg,” G.U.N. recalls. “The other bullet went into my shoulder and traveled to my back area. It’s still in my back now, but it’s nothing major, so it’s fine. I’ve just got to wait till my leg heals, so I can have the surgery on my back.”

Despite being immediately rushed to the hospital, G.U.N. still maintained the motivation to do what he was planning on doing the night he was shot: to record new music. The next day, he was back in action.

“We made our own studio in the hospital,” G.U.N. recalls. “I had a good-ass mic and a good interface. My engineer asked me, ‘Man, what do you want? Anything you want, bro, I got you.’ I told him ‘Man, I want you to bring that studio in here.’ This shit don’t stop.”

The rapper and his team ended up producing and recording 13 tracks, many of them interludes, which resulted in Rob Who, Take What. During the process of recording, G.U.N. says he was fully supported by his team and even by some of the medical staff.

“Setting up a studio in the hospital was no problem at all,” G.U.N. says. “The nurses saw it, the doctors saw it. They asked about it and if they should know who I am. They heard the music and one day, one of the nurses was like, ‘It’s pretty catchy, we’re over here bumping our heads.’”

G.U.N.’s musical stylings are similar to that of Gucci Mane and 50 Cent, aggressive trap and mafioso influences, with rhythmic pop appeal. He freestyles his songs and has previously ghostwritten for other artists.

In addition to releasing a new EP, produced and recorded entirely while in the hospital, G.U.N. was recently signed to Def Jam, who will be handling the release of his proper debut album later this year.

“It was the only meeting that I ever felt comfortable in,” G.U.N. recalls of signing to Def Jam. “They actually care about you as an artist and not just about what you can do for them. They actually want to help you build your brand and build you up as an artist.”

While in recovery, G.U.N. received the support of Def Jam, who are letting him release Rob Who, Take What independently, before they release his full-length debut.

“There’s going to be some heavy-hitters on both projects,” G.U.N. says, “so stay tuned.”
KEEP THE DALLAS OBSERVER FREE... Since we started the Dallas Observer, it has been defined as the free, independent voice of Dallas, and we'd like to keep it that way. With local media under siege, it's more important than ever for us to rally support behind funding our local journalism. You can help by participating in our "I Support" program, allowing us to keep offering readers access to our incisive coverage of local news, food and culture with no paywalls.
Make a one-time donation today for as little as $1.