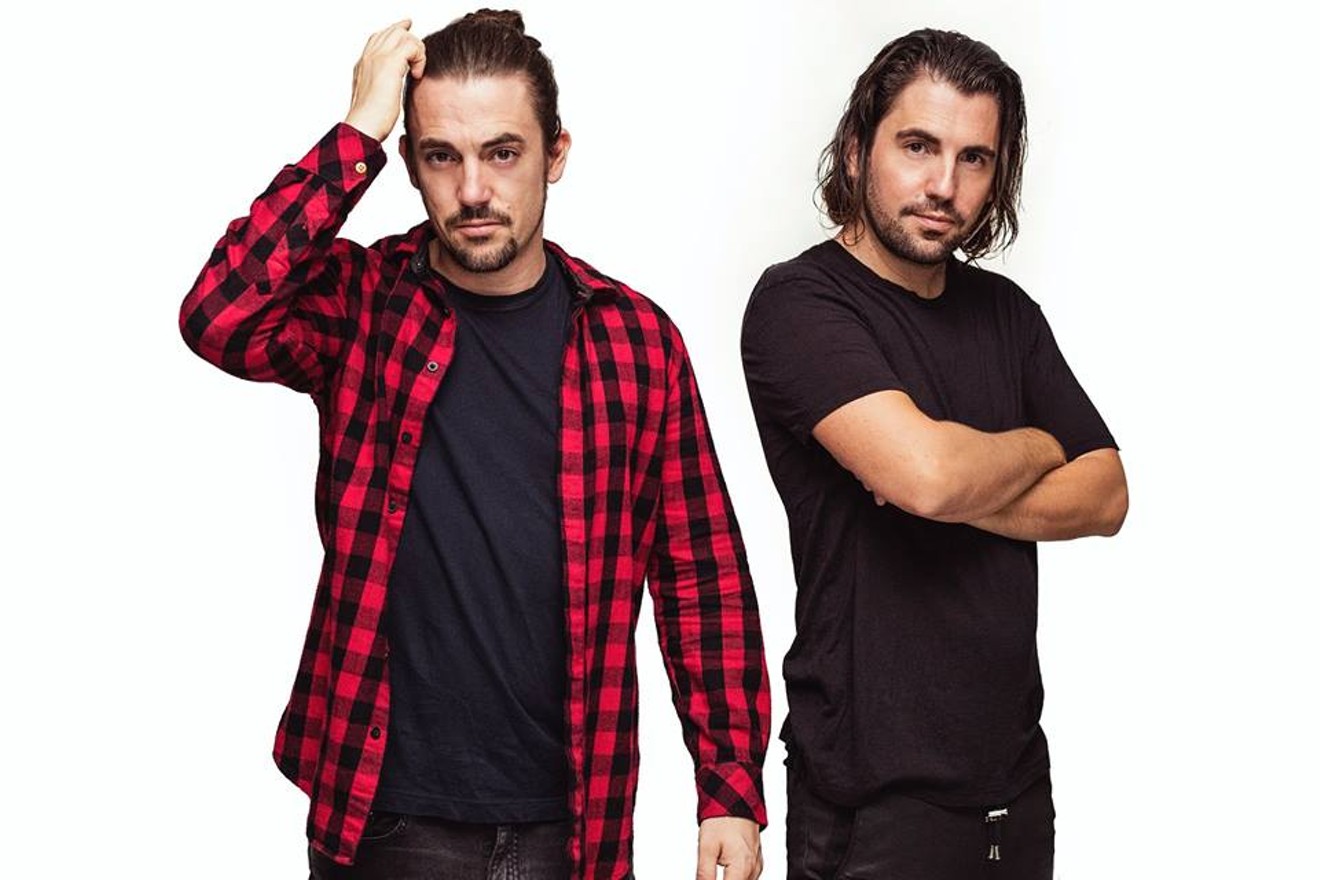 Brothers Dimitri and Mike Thivaios will play Dallas on a quick run of U.S. shows before heading to Ibiza for the summer. Dimitri Vegas and Like Mike on Facebook

Dimitri Thivaios, half of the brother duo Dimitri Vegas and Like Mike, is packing for a 6 a.m. flight to Dallas when he breaks to speak with the Observer. At home in his native Belgium, he’s also planning for his annual pilgrimage to Ibiza, where he will live from June through September. The brothers have Dallas, Las Vegas and Miami on the schedule and then go back across the Atlantic to Spain’s Balearic Islands for dance music season.

Effective July 4, Dimitri Vegas and Like Mike will man the controls every Tuesday at Ushuaïa Ibiza. A weekly residency at one of Ibiza’s preeminent dance floors may seem significant, but it’s far from the summer’s main event.

“In September, I am marrying my girlfriend there in Ibiza where we met; she’s also a DJ," Dimitri says. "I am not sure yet who will DJ the reception, but half of the DJ community will be there.”


"I am not sure yet who will DJ the reception, but half of the DJ community will be there.” – Dmitri Thivaios

Imagine a hundred of the world’s best DJs at a wedding reception, each jockeying for position and jonesing to play its latest Ibiza anthems. Like the bouquet toss, it will be competitive and interesting to see who comes out victorious.

Texas’ reputation for EDM precedes itself, and Dimitri anticipates a rowdy atmosphere at Stereo Live tomorrow. The walls will sweat, and the evening will crescendo toward the “Earthquake” crowd-participation portion of the show. The tradition was born last summer and has become the peak of the duo's parties.

After they fuel up on Mexican food and tequila, two of the brothers' favorite things, Dimitri says they'll play plenty of unreleased music. You can expect a heavy dose of EDM kazoo sounds and banging bass from tracks such as “Arcade” and “The Hum;" their new single featuring Diplo and Deb’s Daughter, “Hey Baby;” and their rework of Hans Zimmer’s “He’s a Pirate."

"He's a Pirate" allowed the Thivaioses to add Disney to their resumes. It's the sole bonus track on the upcoming digital soundtrack for Pirates of the Caribbean: Dead Men Tell No Tales. The duo also recently remixed a psytrance track from Vini Vici, which is somewhat out of their wheelhouse.

“I’m a big Queen fan," Dimitri says, when asked about his wide-ranging musical taste. "In my opinion, they’re the best band in the last 50 years; every track on every album sounds so different. And of course, we will always be huge Eminem and Dr. Dre fans."

With the September wedding date looming, Dimitri is a wise man. He’s the older brother by three years and says the major difference between him and his brother is that Mike has a bigger mouth. Ironically, Mike was unavailable to comment.