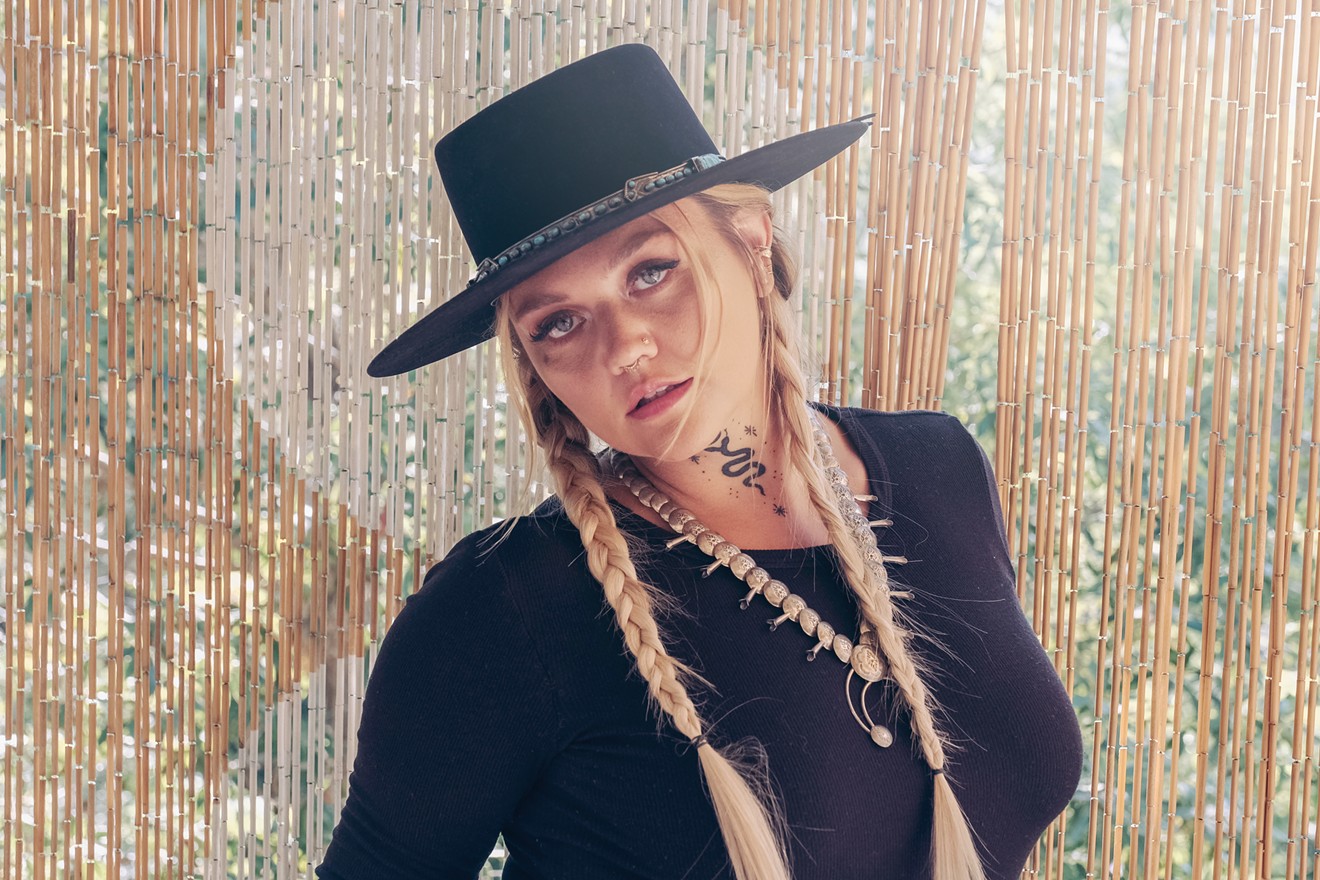 Elle King plays Friday night at The Studio at The Factory. Corey Bost
Elle King has been on the road plenty, with that raw country voice behind such barroom brawlers as "Ex's and Oh's" and the recent Academy of Country Music award nominee "Drunk (And I Don't Want To Go Home)" with Miranda Lambert, but there's something different about this tour.

When King pulls into The Studio at The Factory Friday night, she'll be bringing more than just her trademark banjo and bluesy voice.

"I have my baby with me," King says during a phone call from her first tour stop in San Diego. "Ask me in a week, and I'm sure it will change, but yesterday was the longest that he'd ever flown, and it was rough. But he's such a trouper. He's ... he's such a happy little baby."

King and her partner, Boston tattoo artist Dan Tooker, welcomed baby Lucky Levi Tooker to this world on Sept. 1 at the height of King's promotion of her latest single. But if you think that a baby is going to slow her down, you've got the wrong singer.

"I feel very lucky that we have an awesome person helping me with the baby," she says. "Half the band has kids. It's a good environment, and we're just gonna make it work. I'm not the first person to tour with kids, so I know I'm not alone and it can be done."

King's third stop on her 2022 tour finds her returning to North Texas, the place where the singer recorded her second and most recent full-length album, Shake the Spirit.

"That was like a spiritual experience for me," King says of recording the album at The Echo Lab in Denton. "I let out a lot of pain and emotions — that's why I named it Shake the Spirit. It was such a powerful and huge thing for me to just be able to release it. That's a crazy record. I was losing my mind; I absolutely lost my mind, but I left it there."

To this day, King remembers Texas fondly, being thankful for the Lone Star State's openness to her genre-defying music and her desire for free expression.

"I'm so grateful to so much of Texas and in so many ways because I always feel like when I come to Texas, I can truly be myself and I can be as wild and crazy and rowdy as I want to be — as I truly am. I feel like I'm home whenever I'm there."

"I always feel like when I come to Texas, I can truly be myself and I can be as wild and crazy and rowdy as I want to be — as I truly am." –Elle King


North Texas may be the place where King honed her sound and defined her career, but the state of Texas has been important for her since the singer's earliest beginnings.

"A huge part of my career kind of started when I went to Austin for a few months just to like, hang out there," King recalls. "I was playing shows and [host of Austin City Limits] Andy Langer played me on the radio and got this big show for me on PBS. That was a huge turning point for me. I was just bumbling around as a musician trying to make it. I owe a lot — a lot — to Texas."

In preparation for the tour, King listened back to songs that she recorded in Denton but didn't make the Shake the Spirit record. Those songs were a source of new inspiration in putting together her setlist, and they made her think of how long it's been since she visited the place that has shaped her career.

"I mean, it was prepandemic touring," King says of her last visit. "The only real shows I did [during the pandemic] were like in New Hampshire, and then I had to cancel shows because I was having my baby."

With things at least feeling a little bit normal, King is excited to be on the road again — her real second home.

"It's weird because, for the majority of my adult life, I've been a traveling touring musician," King says. "It's going to be, you know, a very different experience now because I'm mom and my baby's here, but I love playing live music. And I worked my butt off while I was pregnant."
KEEP THE DALLAS OBSERVER FREE... Since we started the Dallas Observer, it has been defined as the free, independent voice of Dallas, and we'd like to keep it that way. With local media under siege, it's more important than ever for us to rally support behind funding our local journalism. You can help by participating in our "I Support" program, allowing us to keep offering readers access to our incisive coverage of local news, food and culture with no paywalls.
Make a one-time donation today for as little as $1.