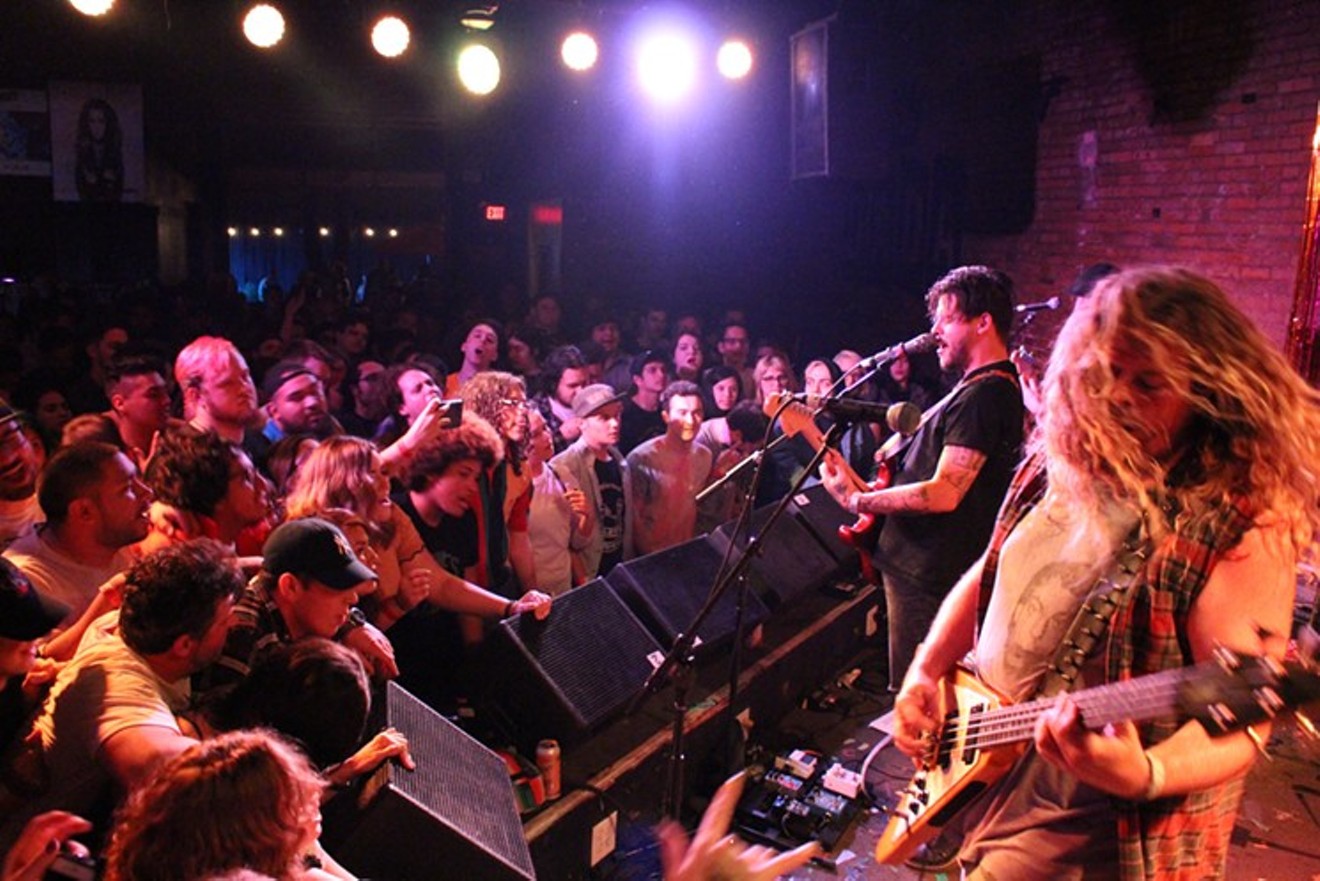 Wavves at Club Dada Carley Elsey
Dallas Observer Music Awards season is upon us yet again, a time when we reflect on the achievements made by local artists, promoters, DJs, radio hosts, producers, etc. We truly have something special with the music scene here in DFW, and while we certainly take pride in the artistic community, none of this would come to fruition without another group of recipients who are equally worthy of recognition: music venues.

While, yes, we are pleased to nominate some newer rooms like Deep Ellum Art Co. and The Rustic, there are other cultural havens that have paid some dues and have served as launchpads for now-prominent artists. This doesn’t make the fresher venues any less deserving. Quite the contrary, we believe that the more recently established venues have potential to develop a rich history, but since that feat can only get accomplished with time, it’s worth looking to the more tenured nominees as benchmarks for cultivating creative expression and sense of community.

We picked the five oldest venues nominated in the categories of “Best Venue Under 500” and “Best Venue Over 500,” and decided to list five interesting historical facts, five noteworthy artists to have performed and five local/regional artists that have developed a rich history with each respective room.

And yes, that numerical symmetry is intentional. 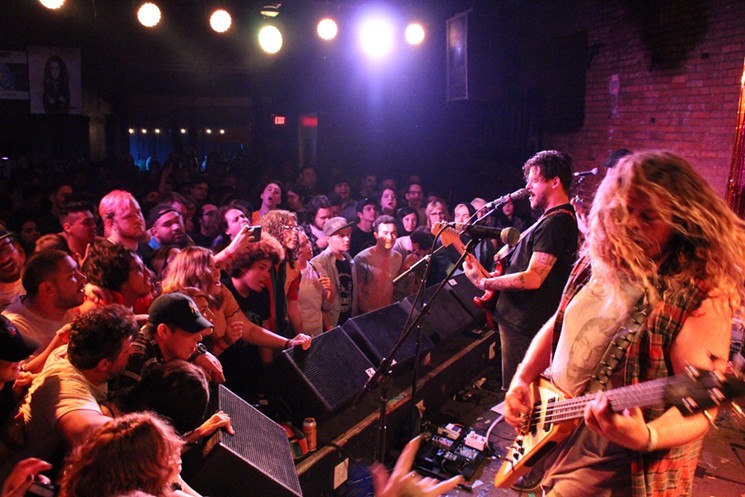 – At the request of Bucks Burnett, Tiny Tim made a rare appearance at Dada in 1988. That same day, Burnett got Tim to record a cover of Led Zeppelin’s “Stairway to Heaven” with Brave Combo as the backing band. In 1996, Brave Combo once again provided backing instrumentals for Tim, only this time, it was for “Girl,” his final recording.

– Cheap Trick played a secret show at Dada in 1999. Acts like the Black Crowes and Joe Walsh also performed secret shows at the venue, although the dates for them are unknown.

– Jay Reatard left fans and the promoter livid in 2008 when he left Dada with two girls minutes before doors opened and never came back. By various accounts, he snorted coke for 12 hours straight and left to go buy LSD. Openers The Strange Boys and Cheap Time played. Two years later, Reatard played his second-to-last show ever at Granada Theater and died of cocaine toxicity the following month.

– In 2014, Sturgill Simpson was booked at Dada. Before the show even happened, his fame skyrocketed, so naturally, it sold out rather quickly. To accommodate the overwhelming demand, the show was moved to the patio, but because it rained, Simpson was booked for an early and late show, and 200 more tickets were released a few hours before the show. His late show ended at approximately 2:30 a.m.

– Michael Che of Saturday Night Live fame did a stand-up set at Dada in January 2016. Between a few hecklers interjecting throughout the set and an awkward Q&A, he didn’t seem to exactly enjoy the experience. 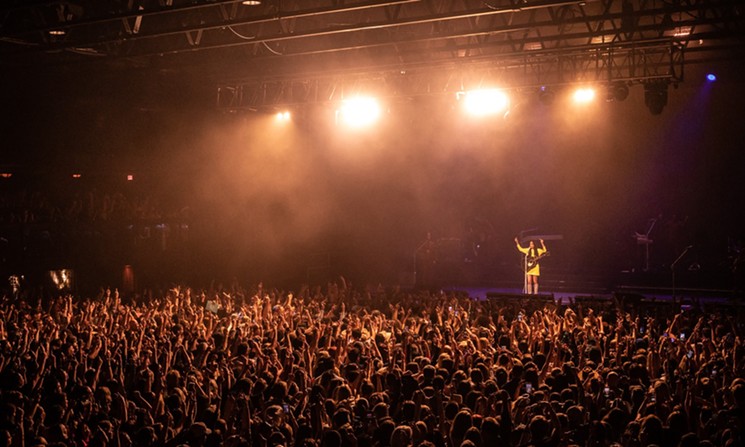 The Bomb Factory has hosted Siouxsie and the Banshees and Robert Plant.
Mike Brooks

– Fugazi played a KNON benefit at Bomb Factory in 1993. It just so happened to fall on vocalist Ian MacKaye’s birthday, but even then, the show started on some wrong footing when an audience member threw a shoe at him. MacKaye jumped into the crowd, gave the shoe-thrower a $5 refund and escorted him out of the venue. Bedhead opened.

– In May 1995, Siouxsie and the Banshees played Bomb Factory on a night of severe inclement weather. As a result, the roof was leaking, and the band had to put black trash bags over parts of their back line. Everyone in the venue was soaking wet, and that especially didn’t bode well for those who decided to wear eyeliner. Oh, and this was the band’s farewell tour.

– The Vans Warped Tour’s inaugural run went through Bomb Factory in 1995. L7 and Sublime headlined, and a secondary stage was erected in the venue parking lot.

– Soundgarden was slated for a performance at the venue in May 2017, but eight days before the anticipated show, vocalist Chris Cornell committed suicide. Fans held a candlelight vigil in The Bomb Factory’s parking lot on the night they were scheduled to play.

– In September 2016, Kraftwerk played their first Dallas show in over 40 years at The Bomb Factory. 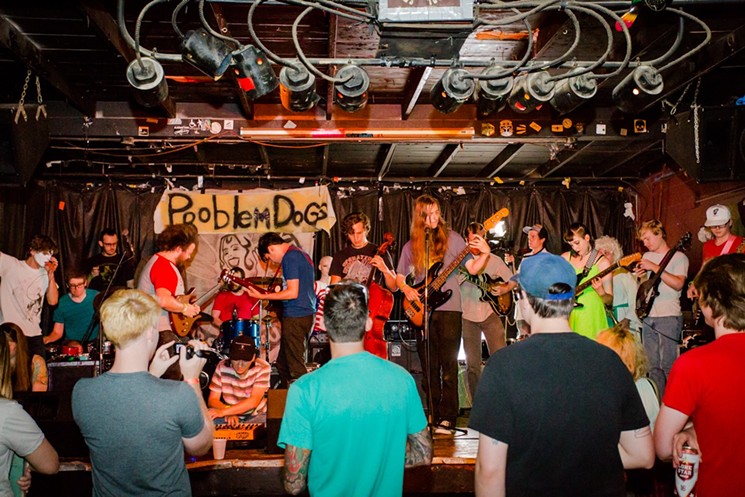 – In 2000, Modest Mouse played Rubber Gloves immediately following the Fry Street Fair. This tour was in support of the band’s 1999 album The Moon & Antarctica. For years, the legendary performance existed only in the remnants of people’s memory, but in January 2018, a saint uploaded footage of the entire performance.

– When Rilo Kiley toured with M. Ward in 2003, they made their third appearance at Rubber Gloves. Vocalist Jenny Lewis loved playing the venue, but at this time, the roof was constantly leaking. A drop of water hit some exposed wiring and shocked Lewis in the process. They never returned again.

– In 2007, a breakout indie band stopped through Rubber Gloves and played a show to what attendees estimate was a crowd of 20-30 people. Four months later, the band performed on SNL. This was a band you may know as Vampire Weekend.

– Pop-punk band The Ataris played Gloves in September 2007. After one of the band members got arrested, attendees rushed through the stage and outdoor load-in area and flipped over the police car.

– Neon Indian’s first live show with a band was at Rubber Gloves in 2009. This was also a kickoff show for the project’s first tour. The cover was $6. 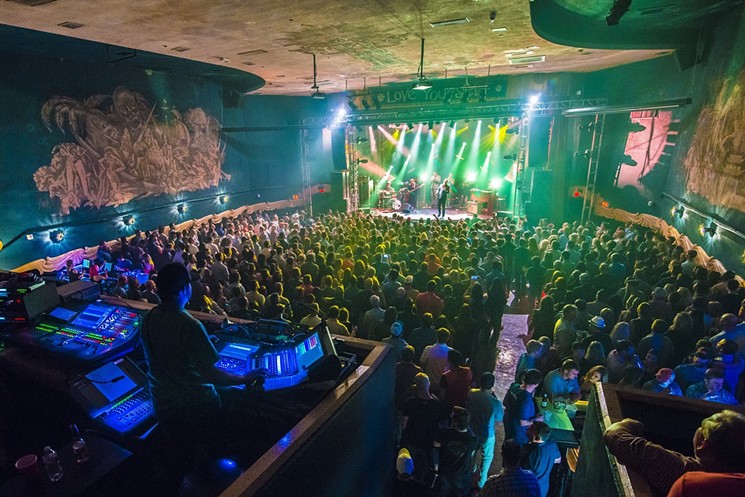 The Granada Theater has hosted everyone from Johnny Rotten to Bob Dylan.
Can Turkilymaz

– Almost exactly one month before the release of his forlorn 2002 album Sea Change, Beck played at a recently reopened Granada Theater as part of an intimate acoustic tour. Later that year, he went on a tour with the Flaming Lips and never played a Dallas venue that small in years since.

– Like Beck, Bob Dylan also played an intimate show at Granada. This 2003 gig was a kickoff of the North American leg of his tour, and almost every subsequent date found him playing much larger venues and festival dates.

– In 2009, Adele toured in support of her debut album 19, and that spring, the British pop and soul artist stepped on the Granada stage for what is only one of two Dallas shows she has ever played (the second one was a sold-out affair at American Airlines Center in 2016). This tour was also off the heels of her February 2009 Grammy win in the category of Best New Artist. Since this gig took place, Adele has risen to a status as one of the best-selling artists in the world.

– Willie Nelson did a two-night stand at Granada in January 2017. Footage of the performances made a brief appearance on his music video for “Still Not Dead.”

– A few months before teenage girls started using her lyrics as Instagram captions, a 16-year-old Billie Eilish played a sold-out show at Granada Theater with only a handful of singles under her belt. Since this event took place, Eilish has received accolades from music industry veterans like Thom Yorke and Dave Grohl, and her 2019 full-length When We All Fall Asleep, Where Do We Go? debuted at No. 1 on the Billboard Hot 200 charts. This was her Texas debut, and she would go on to sell out American Airlines Center a mere 11 months later. Wanda Jackson and Daniel Johnston, to name a few, have played at the historic Oak Cliff venue.
Roderick Pullum

– St. Vincent achieved a higher echelon of commercial success with her third full-length Strange Mercy. The artist also known as Annie Clark performed a two-night stand at the Kessler in October 2011, just one month after the album’s release. Kessler creative director and talent buyer Jeff Liles described the shows to The Dallas Morning News as, “the moment [The Kessler] arrived.”

– Billy Joe Shaver played his first show at the Kessler in July 2012, and with the outlaw country artist being as old school as he is, requested to be paid upfront upon load-in. After Liles handed him the envelope of cash, Shaver put it in his left sock without even counting it and said, “Let’s go put on a show.”

– Daniel Johnston played his second-to-last Dallas show at the Kessler in September 2013, with the Baptist Generals as both his opening and backing band. Apropos to this and Johnston’s untimely death in September, watch Baptist Generals vocalist Chris Flemmons’ tribute to Johnston.

– Don Henley hung out backstage at the Kessler in late April 2014 following a set by The Zombies. Liles picked the band up from the hotel and made them listen to Damien Jurado’s album Brothers and Sisters of the Eternal Son (it dropped three months prior to this). Lead singer Colin Blunstone said it was the best thing he listened to since The Doors’ self-titled debut album.

– Following complications from a hernia and Wolff-Parkinson-White syndrome, Charley Crockett thought December 2018’s Lil G.L.’s Blue Bonanza would be his last album. He underwent open-heart surgery the following month, and after three months of recovery, made what he described to the Observer as “the big return” when playing two back-to-back shows at the Kessler in April of this year. These were the first shows Crockett played during this miraculous, fortuitous return.

Other noteworthy performances: Lucinda Williams, Sharon Van Etten, Ronald Shannon Jackson, Peter Murphy, Wanda Jackson
Local regulars, past and present: Jack Ingram, Edie Brickell, The Singapore Slingers, Joshua Ray Walker, Seryn
KEEP THE DALLAS OBSERVER FREE... Since we started the Dallas Observer, it has been defined as the free, independent voice of Dallas, and we'd like to keep it that way. With local media under siege, it's more important than ever for us to rally support behind funding our local journalism. You can help by participating in our "I Support" program, allowing us to keep offering readers access to our incisive coverage of local news, food and culture with no paywalls.
Make a one-time donation today for as little as $1.