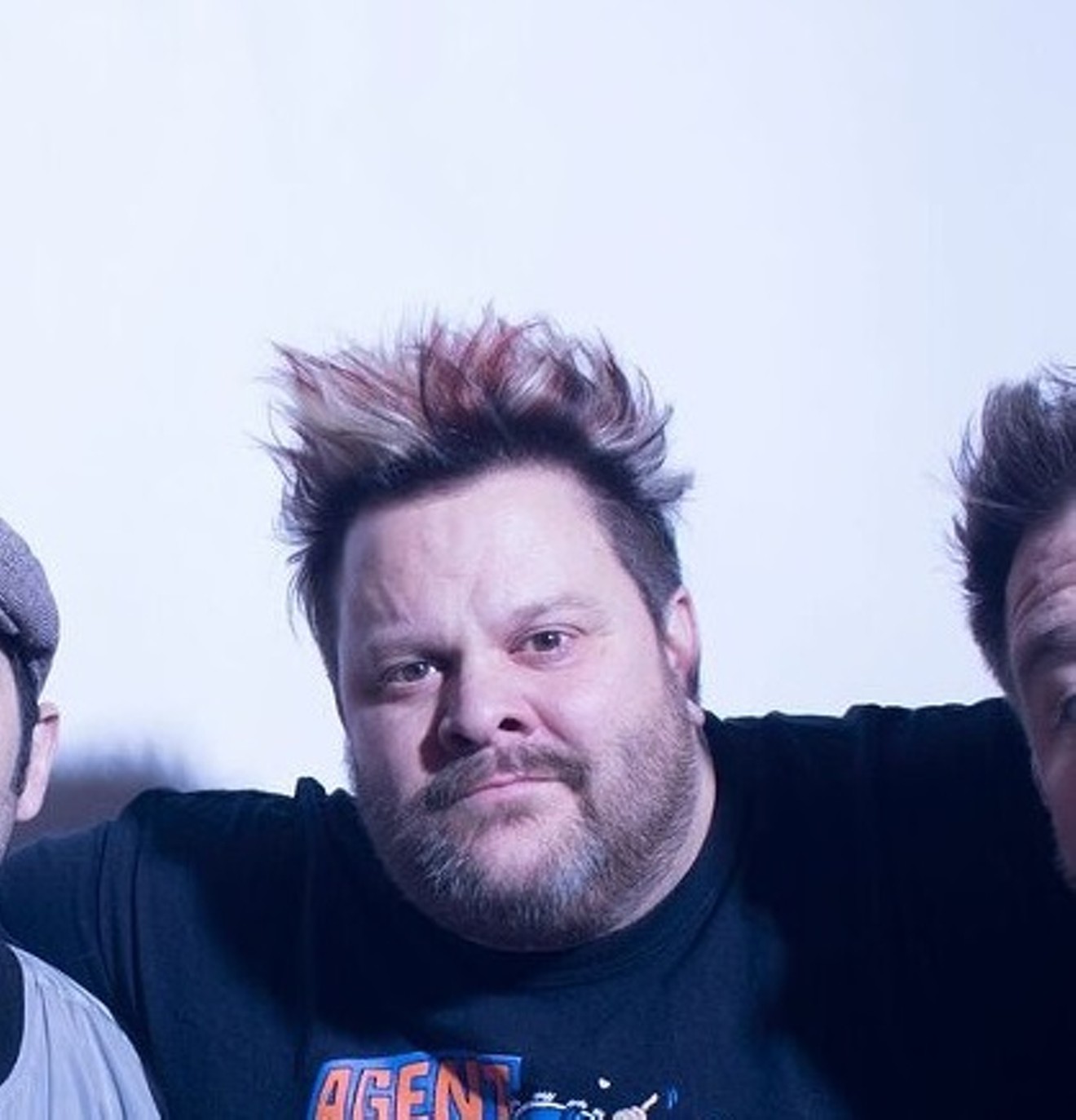 Singer Jaret Reddick from Bowling for Soup has a new podcast about movies and he's bringing it to life at Lava Cantina. Will von Bolton
What better way to accompany the Rangers’ next homestand than with what may be America’s second favorite pastime: movies about baseball?

Bowling For Soup’s Jaret Reddick is bringing his Jaret Goes to the Movies podcast on July 12 to the stage at the Lava Cantina for a screening of 1993’s Rookie of The Year with the film’s star Thomas Ian Nicholas.

Unlike most movie screenings, where a Q+A is held before or after the movie is shown in its entirety, Reddick’s events include pausing the films in order to discuss or break down scenes with various guests.

“It's a really cool pace because we can sort of control where those little interview parts are going to happen,” Reddick says. “[There are] good points in the movie for us to go, ‘What was this like?’ So, it works out really well.”

This is not Nicholas’ first rodeo with Reddick. A previous live incarnation of Jaret Goes to the Movies offered a screening of American Pie, which Nicholas also starred in, leading to Nicholas joining the festivities for that screening and promising to return for future screenings.

While Nicholas has continued to act, a large portion of his creative energy these days is devoted to music. He self-released his debut album in 2008 and two LPs and an EP since. Nicholas even co-wrote “All The Way” on Blues Traveler’s 2015 collaborative album Blow Up the Moon, an album that also features a collaboration with Bowling For Soup.

Somehow, Nicholas and Reddick never crossed paths at the time, only meeting in-person at the American Pie screening, and the duo have become fast friends ever since.

“We were instant friends like we had never spent a day apart,” Reddick says. “I mean, it was bizarre, our instant connection. It's just a really cool friendship that we've got, like this instant brotherhood. My wife is just like, ‘You guys are like oil and oil.’”

Nicholas has taken that brotherhood to the musical plane and decided to parody Bowling For Soup’s hit cover of SR-71’s “1985,” except it has lyrics describing the plot and characters of American Pie. The song, which is scheduled to be out July 9, features Nicholas backed by Bowling For Soup themselves.

While saving the majority of anecdotes about the making of Rookie of the Year for the screening, Nicholas did fondly recall working with the film’s first-time director Daniel Stern, who's most famous for playing Marv in the first two Home Alone films.

“Danny was fantastic,” Nicholas says. “He's very different than the zany characters that we know him as. I think actors can make the best directors because they understand the acting process, and Danny was one of them. He definitely understood what we needed as actors. And he's a very caring, thorough person and director. He was great.”

As for future screenings of films from Thomas Ian Nicholas, Reddick says he has not ruled out a screening of Halloween: Resurrection.

Ironically, despite being a part of one of the most beloved baseball films, baseball fever never caught Nicholas in adolescence or adulthood. He says he has an affinity for the Cubs after having filmed Rookie of the Year at Wrigley Field but doesn’t keep up with the sport much these days. Appropriately, Nicholas did actually join his school baseball team after making Rookie of the Year, to mixed results.

“The rule of the baseball team was if you missed a practice, then you had to sit on the bench for the next game,” Nicholas recalls, “and every week I would miss the practice because I would be going to auditions because I always chose auditions over baseball. So, I rode the season on the bench not for lack of talent, but for lack of commitment. I've always chosen the arts over sports.”
KEEP THE DALLAS OBSERVER FREE... Since we started the Dallas Observer, it has been defined as the free, independent voice of Dallas, and we'd like to keep it that way. With local media under siege, it's more important than ever for us to rally support behind funding our local journalism. You can help by participating in our "I Support" program, allowing us to keep offering readers access to our incisive coverage of local news, food and culture with no paywalls.
Make a one-time donation today for as little as $1.