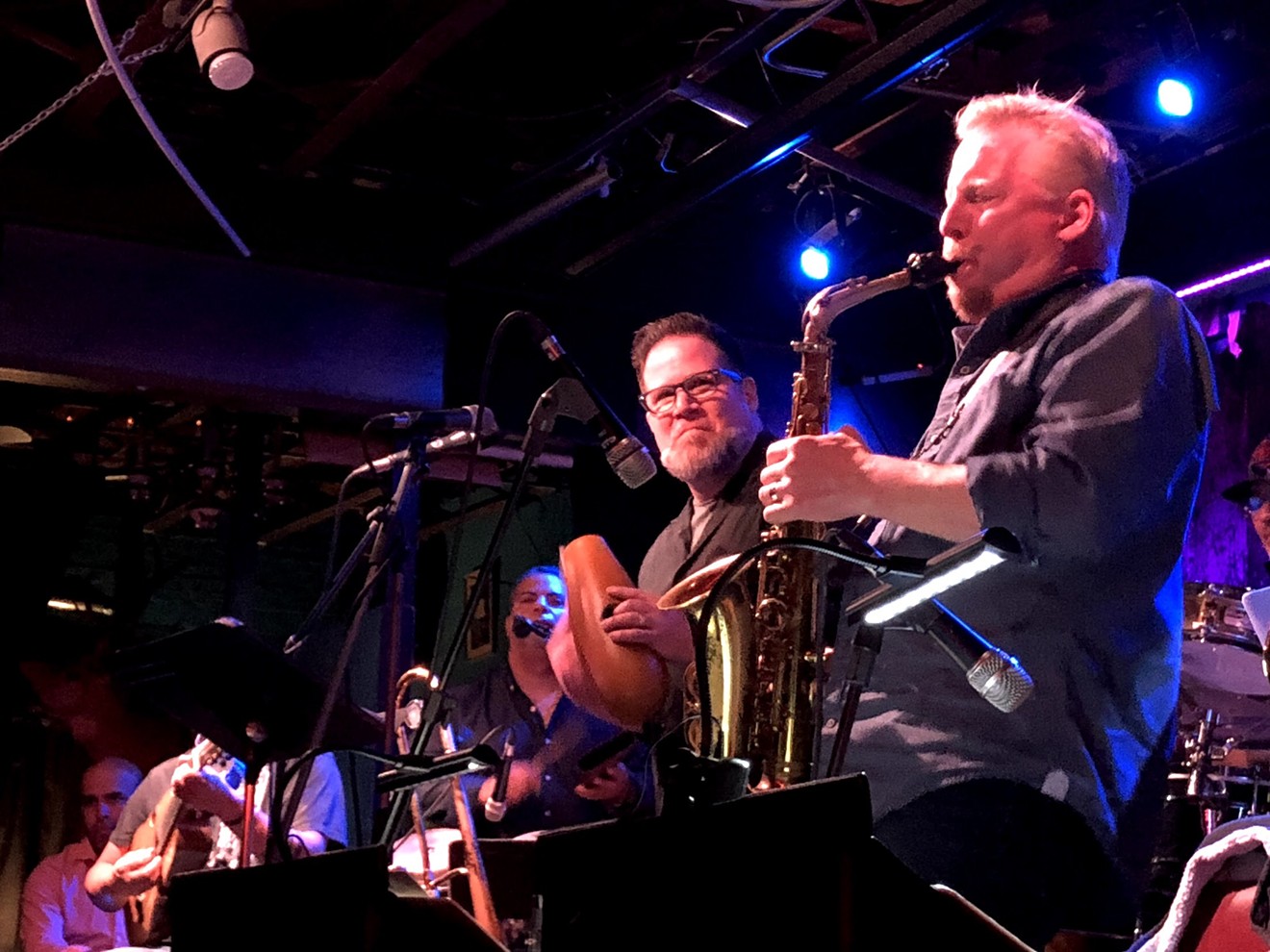 They were all there to commemorate Cripps’ birthday for the second year in a row after he went missing. Cripps would have been 54 years old. On his 53rd birthday, Mayor Chris Watts declared Jan. 5 “Joe Cripps Day” in Denton.

Among the crowd was Cripps' brother, James. He was teasing an announcement that was to be made later that night, but everyone would have to wait until around 11 p.m. when the family would go on stage for a short presentation.

“I just want to say from the Cripps family, we’re all very grateful that you’re here tonight,” James Cripps says. “Thank you for remembering Joe.”

It didn’t take long after El Nuevo Mi Son began playing that the pit at Dan’s was filled with dancing patrons. After their first song, lead singer David Pierce wished Joe Cripps a happy birthday and launched full throttle into another upbeat tune.

The rest of the musical lineup for the night consisted of performances by A Taste of Herb, Brave Combo, Isaac Hoskins, Brent Best and Paul Chesne.

Tex Bosley, A Taste of Herb drummer, says the crowd was full of great musicians Cripps has influenced, as well as people he’s partied with. The first event commemorating Cripps’ birthday acted as a benefit for local charities that were dear to Cripps’ heart, Bosley says. It was something for his birthday but also a way for people to remember Cripps, he says.


“He was such a character." – Tex Bosley


“He was such a character,” Bosley says, stopping to correct himself. “Joe is such a character that you have to acknowledge it together. I just can’t say enough about the collection of talent that has come forward these now two years.”

A Taste of Herb was up on stage second, which trumpet and flugelhorn player John Wier said was fitting because the idea for their band came after hearing Cripps play with El Nuevo Mi Son. Although their set was more tame than the first, many of the attendees at Dan's were on their feet by the band’s fourth song.

As the Denton-based, multiple Grammy-winning band Brave Combo prepared for their set, more people began piling into Dan’s. A longtime fan and local artist Jack Campbell reminisced about seeing Brave Combo in concert as he sipped on a glass of Pabst Blue Ribbon. As Brave Combo began to play, Campbell said they are the epitome of Denton. He said many artists passing through Denton decided to never leave.

“Where else in the world would you want to be?” he asked.

Joe Cripps was one of those artists until he moved back to his hometown of Little Rock, Arkansas, in 2015 where he was last seen.

Seldom was there space to move by the time Brave Combo’s set was in full swing. It was the most alive the venue’s patrons had been all night. However, the tone was slightly more somber during their song “Do Something Different.”

The crowd sang along: “Do something different, disappear.”

James Cripps and John Bowen, a friend of Joe’s, stepped on stage in between songs by Hoskins, Best and Chesne. The two announced the creation of the Joe Cripps Foundation. The foundation is a nonprofit meant to further percussion education for talented, driven players who do not have the family support that Joe Cripps had to help them pursue their dreams, Bowen said.

“The Cripps family loves you all," James Cripps says. "There’s as much love in Denton, Texas, as there is anywhere in the world. Keep this going whether it’s about Joe Cripps or anyone else.”
KEEP THE DALLAS OBSERVER FREE... Since we started the Dallas Observer, it has been defined as the free, independent voice of Dallas, and we'd like to keep it that way. With local media under siege, it's more important than ever for us to rally support behind funding our local journalism. You can help by participating in our "I Support" program, allowing us to keep offering readers access to our incisive coverage of local news, food and culture with no paywalls.
Make a one-time donation today for as little as $1.