Lady Antebellum Should Change Its Name to 'Lady Antifa' 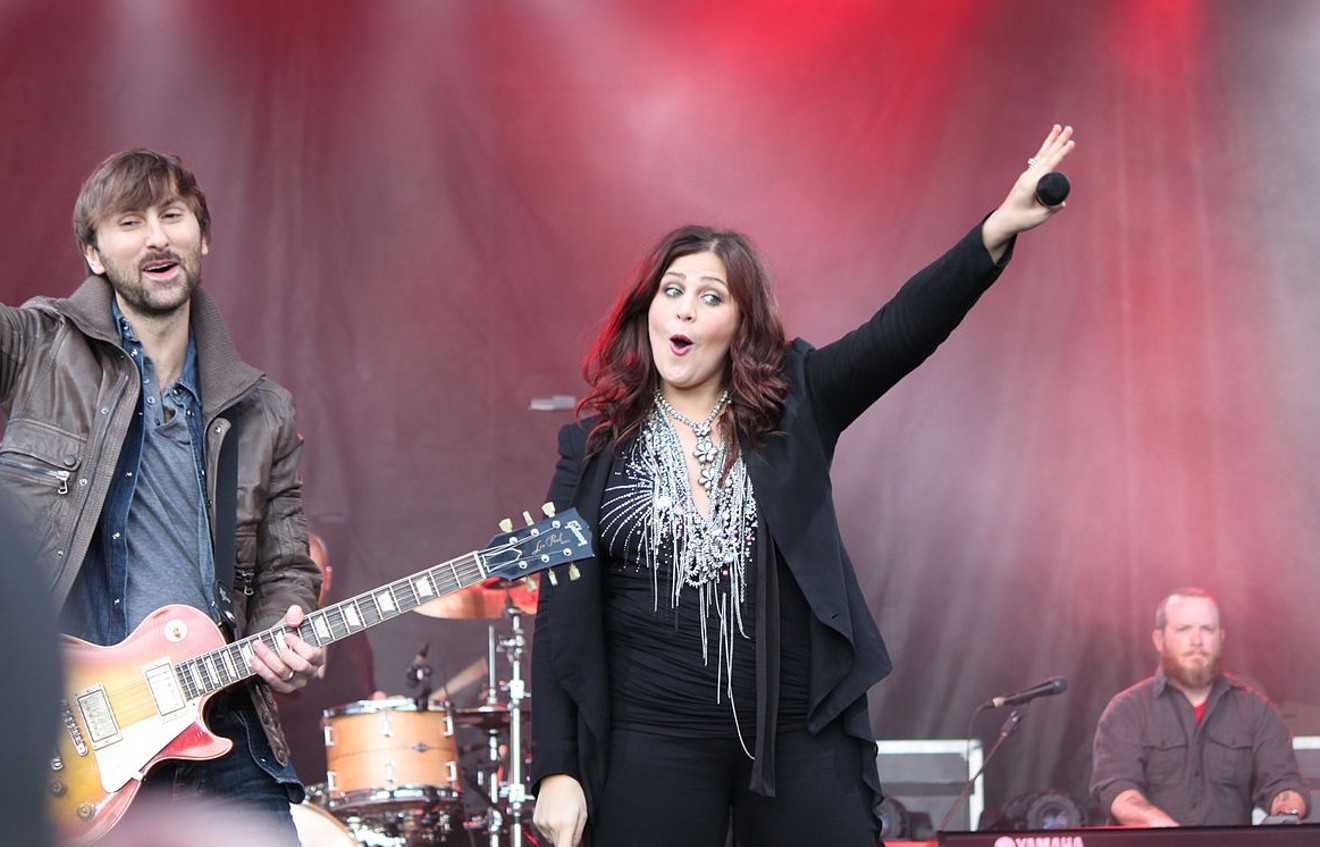 Imagine a new world in which Lady A is short for 'Lady Antifa." Zqvol/Flickr/Wikimedia Commons
On Thursday, country music outfit Lady Antebellum announced that they would be changing their name to "Lady A."

Concerning the word “antebellum” (which means "pre-war" and is usually associated with the pre-Civil War era South), the band said in a lengthy Instagram post that they "did not take into account the associations that weigh down this word referring to the period of history before The Civil War, which includes slavery."

This name change came following weeks of worldwide protests triggered by George Floyd’s death at the hands of a Minneapolis police officer, now charged with murder.

Ironically, this move caused the Grammy-winning trio to steal the name of a black gospel singer from Seattle, who has performed under the name Lady A for more than two decades.

“It’s an opportunity for them to pretend they’re not racist or pretend this means something to them,” the original Lady A said in a Friday interview with Rolling Stone. “If it did, they would’ve done some research. And I’m not happy about that. You found me on Spotify easily. Why couldn’t they?”

The 61-year-old singer-songwriter, whose real name is Anita White, continued, “For them to not even reach out is pure privilege. I’m not going to lay down and let this happen to me. But now the burden of proof is on me to prove that my name is in fact mine, and I don’t even know how much I’ll have to spend to keep it.”

The band has expressed intent to reach out to White, but according to Buzzfeed, the artists behind platinum hits such as “Need You Now” have already attracted accusations of “performative wokeness” and tone-deafness. Conversely, the right-wing faction of social media has criticized the new Lady A for wokeness, performative or otherwise.

The controversy surrounding this name change has led some to wonder if bands like Dallas’ own Dixie Chicks will be held to the same standard, but the answer to that question is a simple, resounding “no.”

The Dixie Chicks were victims of "cancel culture" before cancel culture as we know it even became a thing, and unlike the band formerly known as Lady Antebellum, they were canceled for being too far to the left. It was a considerably turbulent time for the country trio, but history ultimately exonerated them for their outspoken stance against former President George W. Bush.

If the band now known as Lady A wants to get the same clemency and leftist street cred, they should make the “A” stand for “antifa.”

Antifa, of course, is a loose affiliation of anti-fascist political activism in the United States that has become something of a boogeyman among right-wingers. Although The New York Times found “no known effort by antifa to perpetrate a coordinated campaign of violence,” the group has commonly been accused of spearheading violent acts of terrorism.

The fandom of the country music circuit has never taken kindly to left-wing expression, and this much was evident with the collective onslaught against the Dixie Chicks.


The leftist non-organization is even a target of unfounded conspiracy theories, which range from their financing by billionaire George Soros to President Donald Trump’s speculation that a 75-year-old man in Buffalo, New York, who was shoved by police “could be an ANTIFA provocateur,” as he tweeted last week.

With such negative connotations being attached to antifa, no public relations-minded entity would dare affiliate themselves with the movement, but that’s precisely the point: To be performative is to say whatever is required to curry favor with the general public. Recent polls show unprecedented support for the anti-police brutality protests of late, which is why even many corporations are expressing support for the Black Lives Matter movement, but to align your brand with antifa would be a certain level of PR suicide.

On the other hand, Lady Antebellum changing their name to Lady A was exactly that: an act of PR suicide.

Copycat Lady A didn’t even say the words “Black Lives Matter,” but their conservative fans responded to the name change and its accompanying statement as if it said, “Vladimir Lenin was right — a violent insurrection is the only way the proletariat masses can overcome the oppressive dictatorship of the bourgeoisie.”

The fandom of the country music circuit has never taken kindly to left-wing expression, and this much was evident with the collective onslaught against the Dixie Chicks. But the reason why Natalie Maines and company get to evade leftist scrutiny for having the word “Dixie” in their name is because they took a stance so bold that no publicist would have advised it.

If Lady A wants to be afforded the same luxury, they need to change their name to Lady Antifa. Or Lady Autonomous Zone. Or Lady Anarchy. Or Lady Abolition.
KEEP THE DALLAS OBSERVER FREE... Since we started the Dallas Observer, it has been defined as the free, independent voice of Dallas, and we'd like to keep it that way. With local media under siege, it's more important than ever for us to rally support behind funding our local journalism. You can help by participating in our "I Support" program, allowing us to keep offering readers access to our incisive coverage of local news, food and culture with no paywalls.
Make a one-time donation today for as little as $1.