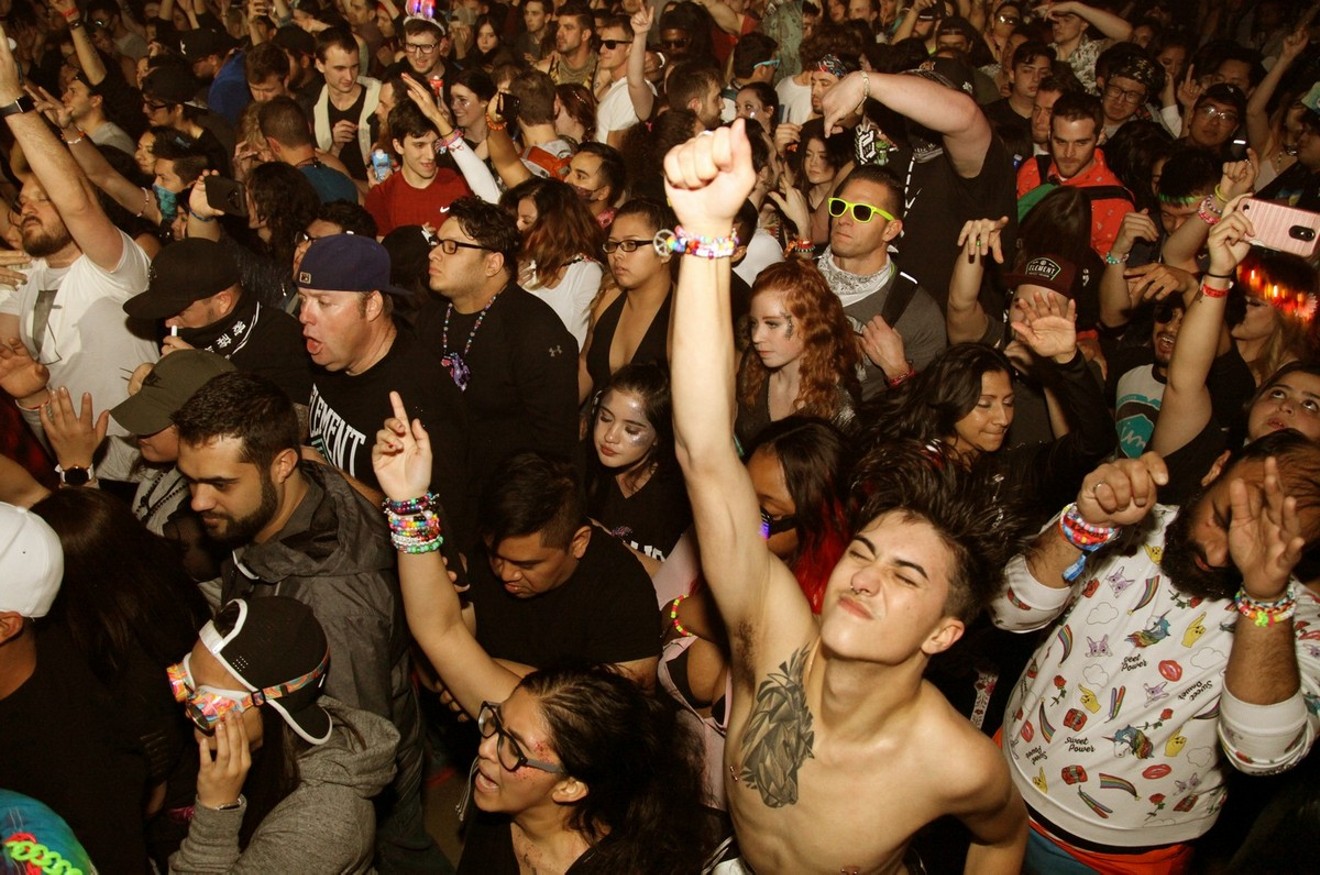 Lights All Night is almost here. Kind of. Roderick Pullum


2018 is almost over, which means Lights All Night is right around the corner. For nearly a decade, LAN has been the preferred way for thousands of EDM fans to close out the year immersed in blissful sensory overload. For the fourth year in a row, Dallas Market Hall will host the festival on Dec. 28-29. The site layout will expand this year, and performances will take place on four stages.

On Monday morning, LAN released the first round of performers for this year’s festival, and there won’t be any drop-off in star power. This year’s headliners include Diplo, Tiesto, Rezz and Gucci Mane. Also announced in the Phase One performance lineup were Mr. Carmack, What So Not, QUIX and Shiba San. Black Frames, Carlyle, Chris Roze and Stetra are among some of the Dallas-based talent that will perform this year as well.

Lights All Night started in 2010 with 6,000 attendees and Ghostland Observatory headlining. The event has grown to become a global EDM destination festival featuring some of the biggest names in electronic music and hip-hop. Last year’s attendance numbers were more than 30,000.

Tickets are now available on LightsAllNight.com. Two-day general admission passes are available for $109.95, and two-day VIP passes are $229.95. The complete lineup, set times and event layout details will be announced in the coming weeks.
KEEP THE DALLAS OBSERVER FREE... Since we started the Dallas Observer, it has been defined as the free, independent voice of Dallas, and we'd like to keep it that way. With local media under siege, it's more important than ever for us to rally support behind funding our local journalism. You can help by participating in our "I Support" program, allowing us to keep offering readers access to our incisive coverage of local news, food and culture with no paywalls.
Make a one-time donation today for as little as $1.
Roderick Pullum
Contact: Roderick Pullum