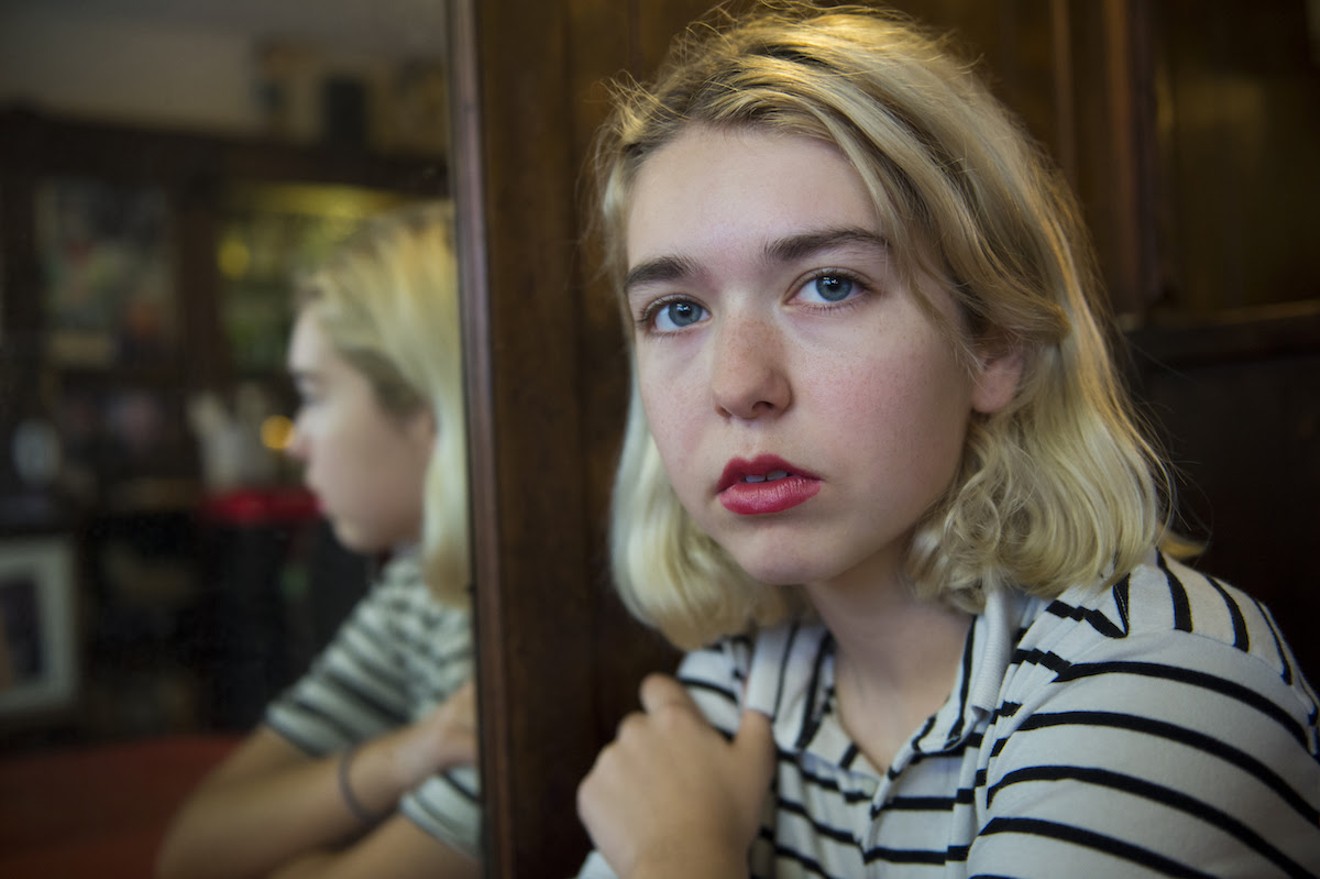 The New Yorker has praised Snail Mail. courtesy Matador Records
Lindsey Jordan’s Snail Mail project has only been around for a few years, but the buzz surrounding the band has elevated quickly. It's already a headlining act with a few tours behind it, including a few stops in Texas.

The band released its debut EP, Habit, in 2016 and their debut full-length, Lush, this year. Publications such as Rolling Stone, The New Yorker and Billboard have showered praise on Jordan, calling her an prodigious indie rocker poised for a breakout success, and Snail Mail’s staying power is not about to wither away.

The band has been through Dallas before, most recently opening for Girlpool at Club Dada last year. This time, it headlines Friday night at Three Links with Bonny Doon and Skirts.

Jordan had never been to the North Texas area before touring with her band. She’s still learning about it.

“We’ve been to Austin, like, 10 times, but I don’t really know much about Dallas,” she says.

Jordan, along with bassist Alex Bass and drummer Ray Brown, sounds like someone who enjoys the ride, but she doesn’t let the praise make her think others are beneath her.

She grew up near Baltimore and went to shows in nearby Washington. Although the legendary indie DIY ethic associated with area record labels and bands is still felt, Jordan admits she was not a student of the ways of Dischord Records.

“I didn’t really have any relationship with Dischord history,” she says.

She took to the punk spirit as early as 14 years old, going to local shows, and kept coming back. Mary Timony, who’s played with bands such as Helium and Ex Hex, gave Jordan guitar lessons for a few years. That had a major impact on Jordan.

Jordan is now 19 and has a sound that many liken to guitar bands in the '90s that weren’t afraid to play more than basic power chords. Comparisons will be made between Snail Mail and those bands before it. Being signed to Matador Records certainly justifies such comparisons.

Jordan says she wasn’t versed in Matador’s lengthy history with bands such as Spoon, Interpol and Yo La Tengo at first, but she did a lot of research on the label. She didn’t intend to become famous or give up who she is.


“It was more about making music I wanted to make, and then whoever I felt like understood my vision it was like, 'OK, I’ll work with these people.’" – Lindsey Jordan

“I wasn’t depending on putting [Snail Mail records] out on a major,” she says. “It was more about making music I wanted to make, and then whoever I felt like understood my vision it was like, 'OK, I’ll work with these people.’ I liked Matador the best.”

Jordan knows the importance of entrusting her promising career to a reputable label, management and publicists. It's helpful for any young band to know.

“There’s a major trust gap that has to be filled,” she says.

As long as that trust is there and Jordan keeps kicking out great songs, we’re bound to hear more from Snail Mail in the years to come.

Snail Mail plays Friday night at Three Links.
KEEP THE DALLAS OBSERVER FREE... Since we started the Dallas Observer, it has been defined as the free, independent voice of Dallas, and we'd like to keep it that way. With local media under siege, it's more important than ever for us to rally support behind funding our local journalism. You can help by participating in our "I Support" program, allowing us to keep offering readers access to our incisive coverage of local news, food and culture with no paywalls.
Make a one-time donation today for as little as $1.