Local Hip-Hop Artist Clay Perry is Jamming in the Metaverse 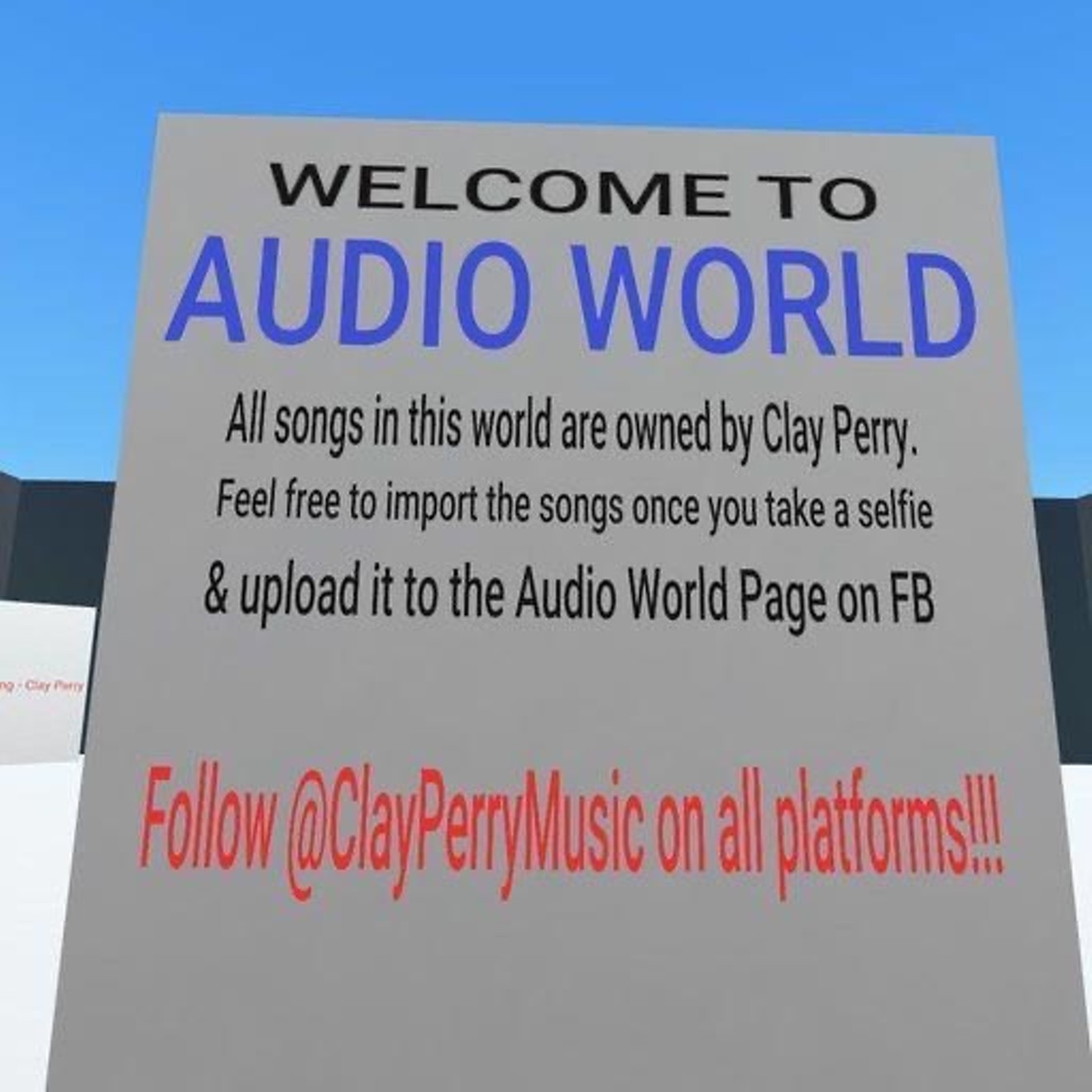 People have to post a photo on a Facebook page Clay Perry made for his "Audio World" that will let him know they want access to his tracks in their virtual space. Clay Perry
Anyone with an Oculus Quest 2 virtual reality headset can visit a virtual studio created by local musician Clay Perry and gain access to seven songs by him and other artists. From there, visitors can pop on one of the tracks, step into the virtual vocal booth and start spitting rhymes over the music. An especially tech savvy individual could capture that audio on another device, throw it up on Soundcloud and have a new song for their fans.

“The sky is the limit,” Perry told the Observer. He and plenty of other artists around the world are navigating an online Wild West of sorts, looking for ways to amplify their work and its reach. It’s been tricky, and recently Perry has been doing it all on Horizon Worlds, a free virtual reality game by Meta in which users can explore, play in or create virtual worlds. Meta owns Facebook and describes the game as a "social experience."

For those unfamiliar, the Quest 2 and competitors like the Rift S are motion-tracking headsets with two small video screens and controllers that allow users to move about and interact in simulated 3D worlds to play games, create environments, socialize or, in Perry's case, build a digital studio. Users can set up their own "rooms" and invite others in to visit.

“Being an artist, pretty much everything I do is going to be music,” Perry said. “Getting in [Horizon Worlds], I knew I immediately wanted to make a venue, I wanted to make a studio. But, as I was making these things, I was having a hard time myself getting music in.”

That’s why this year he published a new world on the platform called “Audio World.” As Perry explains, people can create their own virtual spaces, but the platform doesn’t allow users yet to easily integrate music into it. If you wanted some of Perry’s music to act as the soundtrack to your virtual world, you were basically out of luck until he made “Audio World.”

In this virtual space, all of Perry’s music is uploaded. What users can do is integrate the coding of “Audio World” into their virtual space, drop all the coding besides the music and have a soundtrack to their  world by Clay Perry.

“The sky is the limit." – Clay Perry, local musician

This is simply a workaround until Horizon Worlds allows users to easily upload music directly. It took Perry two weeks to figure out how to get the music in his world, and the process is almost too complicated to explain, but he gave it a shot:

“I have to like pitch the music down to negative 22.08 on Horizon, then I have to like speed the music up in this Adobe platform. Then, I have to have a PC to be able to connect my audio to trick it into thinking that my mic is my aux cord. It’s all this confusing stuff.”

But, if enough people on the platform want his music in their virtual world, it’s all worth it.

For the last couple of years, Perry has been diving deeper into NFTs, virtual reality, and everything else falling under the umbrella of what people are calling Web 3.

Web 1, the earliest iteration of the internet, was mostly made up of single static pages. The internet that most people surf these days is referred to as Web 2. According to Wired, Web 2 is considered “the era of centralization, in which a huge share of communication and commerce takes place on closed platforms owned by a handful of super-powerful corporations — think Google, Facebook, Amazon — subject to the nominal control of centralized government regulators.”

Centralization is meant to be dismantled in Web 3. People say this can happen through blockchain technology and digital ownership. That can take many forms. For example, artists are selling their works as non-fungible tokens and making bank. One DJ and music producer named 3LAU made over $11 million selling music NFTs. Others are creating digital assets that can actually be used in the metaverse.

“That’s what really inspired the ‘Audio World,’” Perry said. “I saw people doing that with assets, like physical stuff you could build and use inside the metaverse. They were creating asset packs that people could use for free. So, my though was ‘I’ll do that with the audio and give people free audio.’”

For now, Perry will keep giving his music away in Horizon Worlds. Soon, he hopes to host  workshops in DFW to help other artists use the platform and other aspects of Web 3 in their work.
KEEP THE DALLAS OBSERVER FREE... Since we started the Dallas Observer, it has been defined as the free, independent voice of Dallas, and we'd like to keep it that way. With local media under siege, it's more important than ever for us to rally support behind funding our local journalism. You can help by participating in our "I Support" program, allowing us to keep offering readers access to our incisive coverage of local news, food and culture with no paywalls.
Make a one-time donation today for as little as $1.