Rapper Pat Ron Says We Can Make CDs Great Again: He’s Sold 1,000 This Year on His Own

Rapper Pat Ron replaced the trunk for his social media inboxes. Troy Rickmers
Before the takeover of digital media, most successful independent music entrepreneurs would proudly tell you they've had some experience selling vinyl, cassettes or CDs out of the trunk of their car. Pat Ron, 24, a rapper from Dallas by way of New Orleans, has replaced the trunk with his Instagram and Twitter inbox.

Ron makes speaker-rattling, stoner trap hip-hop with killer lyrics, and a considerable portion of his fans have shown they’d prefer to open their own package of his music as opposed to streaming or downloading it.
So far this year, Pat Ron has sold over 1,000 physical units of his mixtapes, EPs and albums, all in CD form, via virtual sales on social media. It may be difficult to believe this is possible in the age of streaming, but he keeps the receipts to prove it. We're not referring to the current slang definition of "receipts," which means showing general proof in any form. He literally maintains meticulous files of paper receipts for every sale that he's made.

A botched record deal motivated Pat Ron to move forward on his own. He says the label he was in negotiations with assured him they would allocate resources toward making physical forms of his music available for sale but that the deal never came to fruition.

"I was like, you know what, I'm about to distribute my own CDs," he says. "I just did research, looked up how much cases cost, cover art expenses and just did it and it worked.

"From there I just started selling right off the internet directly to the consumer, no website. Every time I get a follow, I'm sending a DM to the person and I ask if they're interested in buying one. If they are, I send them my payment information, $15 a pop."

This method may not work for every artist, as several factors contribute to profitability, including artists' fan base's preferences and, of course, the varying overhead costs. Streaming also has other benefits: It provides an opportunity for musicians to grow their fan base through valuable analytics that they can in turn use for touring. But independent artists like Ron have come up with creative plans to market and distribute physical forms of their music, as another source of revenue that's often overlooked.

Ron's sales tactics may be time-consuming, but thus far, effective. His method forces him to stay focused on building a loyal and organic fan base.

"Every day I get up I try to sell at least three units so it just keeps me locked in,” he explains. “I have receipts for every single one, and I use them to study demographics. My clientele is very spread out. I sell to people in cities that I’ve hadn’t heard of before like Gun Barrel City, Texas, Sundown, Texas. But my biggest markets are Denver, New York and different cities in California, Illinois and Ohio. I got like a whole high school that follows me in Ohio and several of them have bought CDs.”

There's a growing trend among musicians in their 20s who are seeking to make CDs viable again, similar to the trendy and seemingly endless vinyl resurgence of the last decade. Ron and other Generation Z musicians are responding to what is a seemingly substantial demand from their peers. Ron says the key element to success has been the CD's artwork. He also points out that people tend to overlook the preferences of small towns and lesser populated cities, making the assumption that most people listen to music through Bluetooth technology via AUX cords, which is not actually the case.

Focusing on these purist markets can be key for an independent artist to sustain touring revenue while making a deep connection with the fans.

“People want something tangible. It’s like artwork," Ron says. "Just having physical items for artists I like, I know what it does for me. I have real fans out here and I want my product to be up to par. I’m going to step up the quality of the cover art and also start getting artwork printed on the actual CD.”

Ron wants to be respected as much for his work ethic as for his music. He’s currently working on four collaborative EPs with other artists. One, which has yet to be titled, is a collaboration with a rapper by the name of Phee6z from the Dallas collective Gwap Gang, which will be released within the next two weeks. The additional EPs will be released throughout the summer as a setup for his upcoming solo album, Trap Ron, which is scheduled for a fall release.

Ron has mixed feelings about ever signing again with a label.

"As of right now I'm 1,000 percent independent. If I find the right situation where I'm not selling a piece of myself as an artist and giving up creative control, I'd consider it." 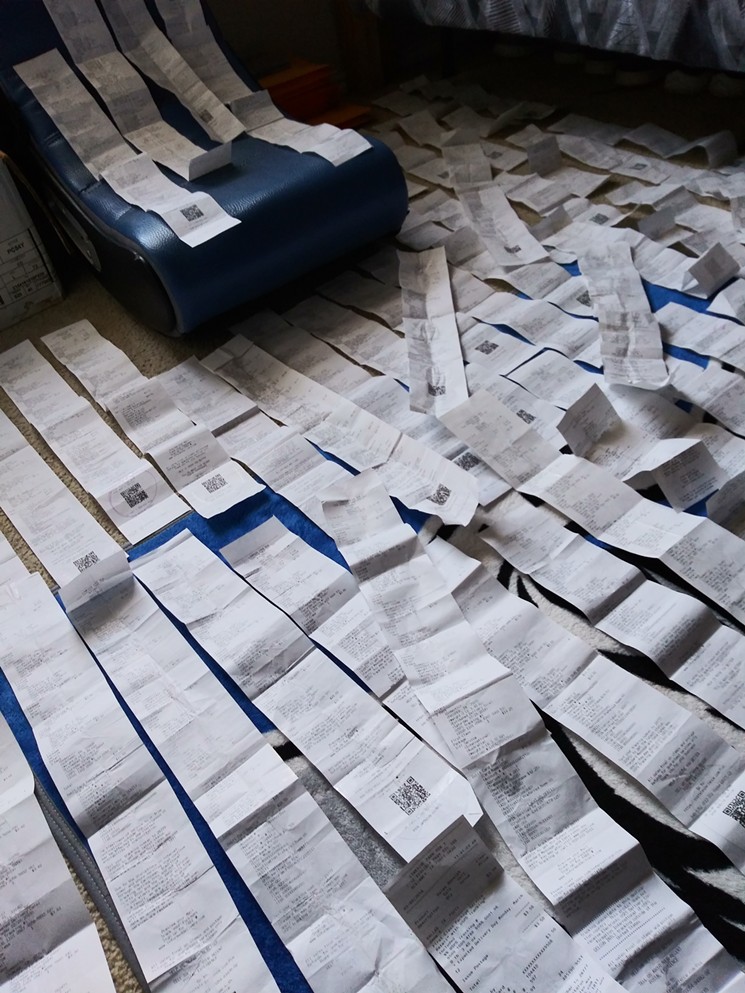 But show us the receipts, Pat.
Pat Ron
KEEP THE DALLAS OBSERVER FREE... Since we started the Dallas Observer, it has been defined as the free, independent voice of Dallas, and we'd like to keep it that way. With local media under siege, it's more important than ever for us to rally support behind funding our local journalism. You can help by participating in our "I Support" program, allowing us to keep offering readers access to our incisive coverage of local news, food and culture with no paywalls.
Make a one-time donation today for as little as $1.
Roderick Pullum
Contact: Roderick Pullum