Meet Lorelei K, the Tireless Denton Pop Artist Who Is Only Getting Started 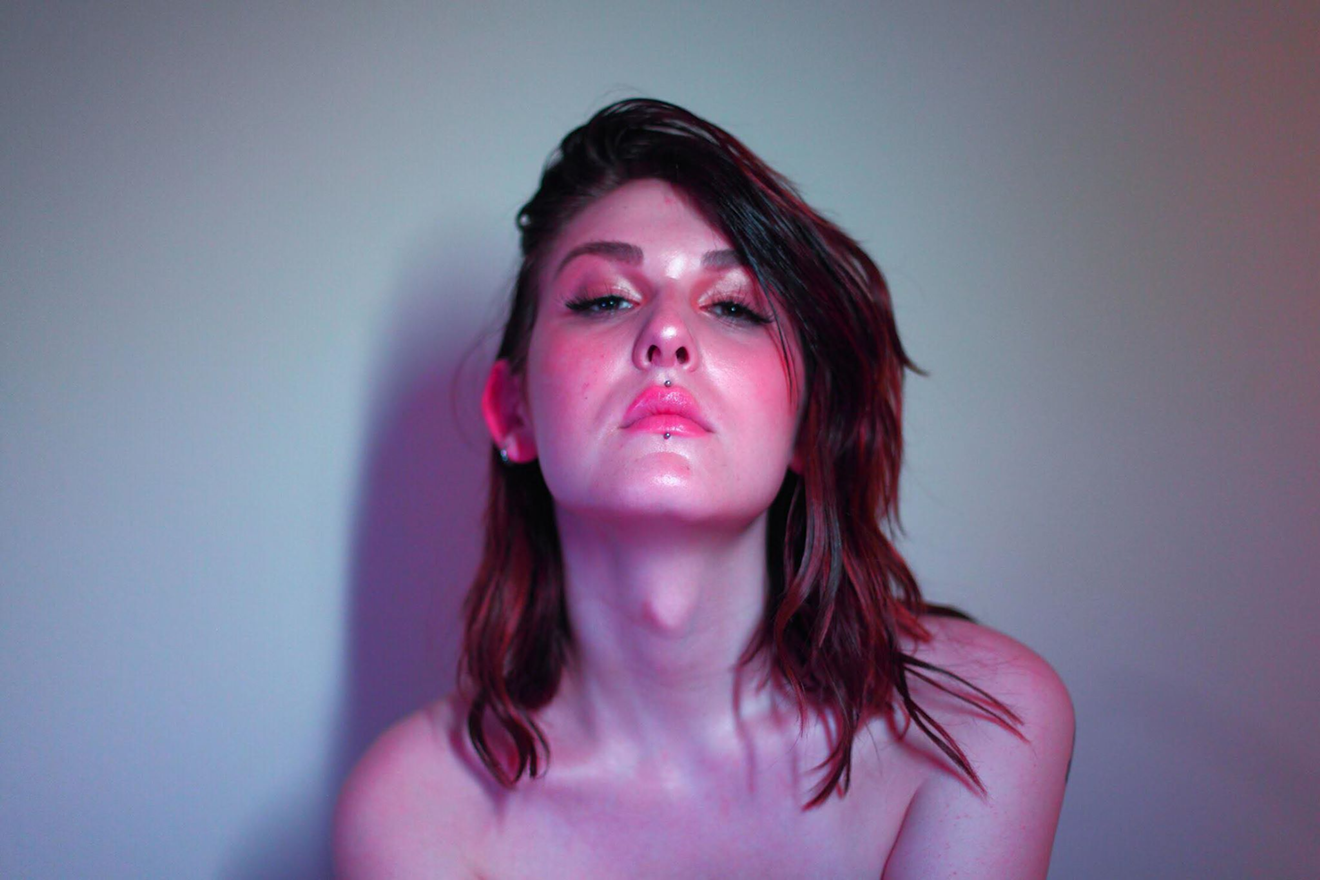 Lorelei K is nominated for a DOMA. Clayton Browning
Anyone who has achieved even an iota of mobility in the music industry will attest to its corrosive tendency to strip aspiring artists of their innocence. Dahlia Knowles is certainly no exception to this, but she continues to remain steadfast and determined to pay her dues.

“I came from the DIY mentality,” says the 21-year-old pop artist, who performs under the name Lorelei K.

Knowles was a fresh face to the Denton music scene in 2015 when she moved into house venue Glorp Studios with her older brother Charles Knowles. Later that year, she would develop her artistic sea legs and perform under the Lorelei K brand at house venue Macaroni Island for an event titled Slam and Jam.

“That was my slam poetry phase,” Knowles says with a laugh, as she recalls what she considers her folly of youth.

It was at this installment of Slam and Jam that Knowles would meet Macaroni Island tenant and seasoned recording engineer Michael Briggs and develop one of the most longstanding professional relationships in her career. Immediately after this friendship materialized, Briggs would record Lorelei K’s debut EP, Holy Holding (2016), which Knowles describes as a compilation of “four-chord love songs.”

It is easy for most people to consider someone like Knowles a newcomer, as she's been playing music for only three years, but each year to an artist as young as Knowles is equivalent to dog years. The trajectory of her artistic evolution is especially noticeable when juxtaposing Holy Holding with her self-released, full-length debut Be the Doll, which she released in October 2017. As well-received as Be the Doll was, Knowles looks back on that album with similar feelings as her earlier work.

“I have mixed feelings about [Be the Doll],” Knowles says. “I grew so much from it, and it got me so many places, but it was so scattered and all over the place.”


“I have mixed feelings about [Be the Doll]. I grew so much from it, and it got me so many places, but it was so scattered and all over the place.” – Lorelei K


Indeed, the album would elevate her status in the local music community. Her reputation as a pop artist in Denton would bleed over to Dallas, where she would open touring packages and play venues such as The Granada Theater, Club Dada, RBC and The Armoury. In winter 2017, Knowles bit off more than she could chew in saturating her local presence and playing as many as eight shows per month in Denton alone.

“I didn’t really get that at the time,” she concedes. “I was just obsessed with performing this album.”

She has since significantly reduced her commitments in playing local shows, but that stint granted her more confidence on stage and transformed her into a more pragmatic artist who is better adjusted to the hustle. Before this, she had ideas of being launched into the stratosphere immediately following the release of Be the Doll, which predictably did not pan out as she had expected.

The youthful optimism she possessed was apparent through the album’s panache and larger-than-life production. The process of recording the album, however, was treated more as a science than an art, as Knowles set firm deadlines and tried to enforce a vision she saw at its earliest stages. Since then, she has become more of a Type B personality, letting her creativity come more organically and without any grand expectations.

Knowles’ creative intuition was honed after performing this year with artist Paul Slavens at Dan’s Silver Leaf for the event Improv Lottery. Improv Lottery was like Rock Lottery in that it randomly collected local musicians and formed them into bands, but it only allowed improvisation instead of giving artists time to compose and rehearse new material. Following their performance at Improv Lottery, Knowles and Slavens discussed collaborating on an EP between Lorelei K and Slavens’ side project Kill the World.

“I have been looking for someone like her to work with for a while,” Slavens says. “We really clicked, so we recorded, and it was very satisfying.”

Knowles’ lessons in trial and error have come in handy for her, especially now that she is back in the studio with Briggs to record her upcoming full-length album Lightbender. In contrast with her previous work, Lightbender is minimalist in production and more focused on vocal performance. She has even taken vocal lessons from singing coach and experimental musician Sarah Ruth Alexander in preparation. She also assembled a group of musicians to make up a full band for live performances, and much to Knowles’ chagrin, their debut last month at Dan’s Silver Leaf did not go as she had hoped.

“It felt like a cover set of my songs,” she recalls with dissatisfaction.

She had envisioned the band having a style different from that of her solo recordings. Since then, the live performances have been workshopped, and Knowles feels she has captured a distinctive sound that stands on its own.

Even with Knowles having a more easygoing demeanor in the recording and production of the album, she says  the creation has still been just as challenging, if not more so, than that of Be the Doll. She talked about Lightbender with excitement, and Briggs shares her enthusiasm.

“I would say that the songs and music have matured significantly. The direction of this album is more focused,” Briggs says. “I’m very happy to get to work with her again on this great album, and I can’t wait for it to come out.”

Knowles has been forthright in articulating her struggles and experiences as a trans woman in songs such as “21,” but she has always wanted that fact to be secondary to her being an artist. At times, her status as a trans woman has been considered a novelty to some, and she has been typecast as a token trans person or token woman on some local bills These situations have made Knowles uncomfortable, but when it comes to live performances, she doesn't fixate on negative experiences, apart from those in which she can identify opportunities to perfect her craft.

The continual effort to venture into uncharted waters and creative maturity has been a central theme to Knowles’ career performing under Lorelei K, and we are only witnessing the beginning of it. In a matter of only three years, she made a name for herself as a locally renowned pop artist, poet and queerlesque performer (an art she has not practiced in about a year). In this short time, she has garnered the support and collaborative output of local music veterans, and in 2019, she hopes to further increase her network.

“I’d love to have a team of people that believe in me,” she says. “I’m not saying that’s going to happen in a year. I’m just saying that’s something I have my eyes on.”

Lorelei K is playing the Dallas Observer Music Awards Showcase on Saturday, Dec. 1 and is nominated for a DOMA in the category of Best New Act.
KEEP THE DALLAS OBSERVER FREE... Since we started the Dallas Observer, it has been defined as the free, independent voice of Dallas, and we'd like to keep it that way. With local media under siege, it's more important than ever for us to rally support behind funding our local journalism. You can help by participating in our "I Support" program, allowing us to keep offering readers access to our incisive coverage of local news, food and culture with no paywalls.
Make a one-time donation today for as little as $1.