Sad Boy Icon Morrissey Has a Vegas Residency, and I Have a Problem With It 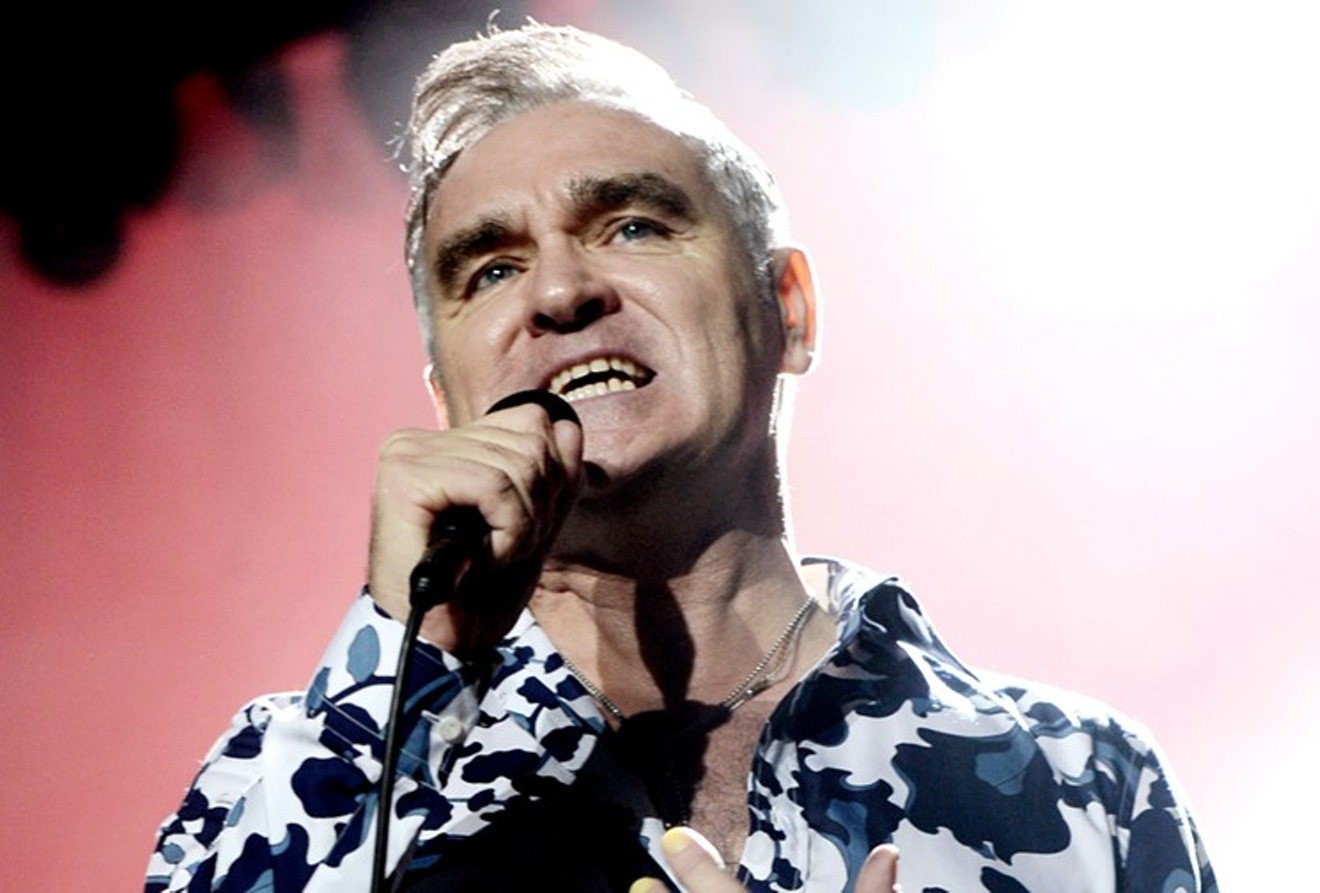 “When can you have that Neil Diamond story in?” my editor asks as I begin to leave the office at the end of the day. She sighs after making the tired mistake. “I mean, the Morrissey one ... I think Vegas and I think Neil Diamond.”

This pretty much sums up my own reaction to one of my favorite sad boys from the 1980s alternative rock movement taking up a residency at a Las Vegas casino this summer. I’ve also shared other thoughts on the Pope of Mope's controversies, but this news about Vegas really bothers me.

You read right. Morrissey will take a cue from the likes of Neil Diamond and Elvis in a few short months. His stint in the Entertainment Capital of the World runs from June 26 to July 4 at The Colosseum at Caesars Palace. Yes, it's a short one, but it's a glitzy, slippery slope to Wayne Newton-ville.

Look, I’m one of those die-hard fans who thinks that The Smiths’ music saved the world, or at least made me feel less lonely in my 20s, and Morrissey’s solo stuff is, well, OK. (After all, Moz doesn’t work as well without Johnny Marr. Fight me.) But for the former Smiths front man, who wrote lyrics like “Oh mother, I can feel the soil falling over my head/ And as I climb into an empty bed, oh well, enough said"  ("I Know It's Over"), to follow in the path of another icon who wore a silk jumpsuit that exposed his hairy, heaving chest while singing “Viva Las Vegas” is just odd.

Since seeing this announcement, I’ve been thinking a lot about the complete lack of control we fans have over our favorite musicians, especially the ones who haven’t really been in the spotlight for a while. You know, we try to love them, and then they grow up and do their own thing with no regard for what we wanted for them. Why should this gig upset me? Why do I feel like all the outsider lyrics and seemingly anti-establishment approach from one of my favorite singer-songwriters are now rendered moot? I want to preserve the seemingly shy nature of one of my musical idols, because that’s how I’ve always related to him, but I just can’t. Perhaps I live in the past.


Why should this gig upset me? Why do I feel like all the outsider lyrics and seemingly anti-establishment approach from one of my favorite singer-songwriters are now rendered moot?

And as if the whole idea of Moz — who once said, “I have an unswayable obsession with death. If there was a magical pill that one could take that would retire you from the world, I would take it” — singing his sad music in a Vegas casino wasn’t weird enough, the promotional photo for the event sees him in a very Elvis-like, buttoned-way-down collared white shirt. Did I mention yet that the event’s name is Viva Moz Vegas?

But this isn’t the first time Morrissey has embraced an odd residency. Last year, he held his debut spot on Broadway, even butchering a Smiths classic, “There Is A Light That Never Goes Out,” by singing “There is a light and it never goes out … on Broooadway.” Please, Morrissey, of all songs, most of your fans hold this one very close to heart, this writer included. Don’t ruin it for us.

Morrissey does, however, have one headlining gig coming up that makes sense: a new wave, Goth and post-punk festival called Cruel World, happening in Los Angeles in May. In fact, his name is spelled out in the largest font at the top of the promotional poster. Hopefully there are at least some Smiths fans there. Other acts include Blondie and Bauhaus, among many others.

So, who am I other than just a fan who sees an artist out of their element with this Vegas gig? I can still treasure The Smiths’ melancholic and wistful songs and cry along whenever I need to. But I’ll likely need to stop following Morrissey on social media so I can at least pretend to relate to the tragically romantic songs of years past. Or, I guess I can just listen to The Cure more.

Who will go to Moz’s Vegas shows? Probably a lot of people, so, hey, hopefully he shows up.
KEEP THE DALLAS OBSERVER FREE... Since we started the Dallas Observer, it has been defined as the free, independent voice of Dallas, and we'd like to keep it that way. With local media under siege, it's more important than ever for us to rally support behind funding our local journalism. You can help by participating in our "I Support" program, allowing us to keep offering readers access to our incisive coverage of local news, food and culture with no paywalls.
Make a one-time donation today for as little as $1.