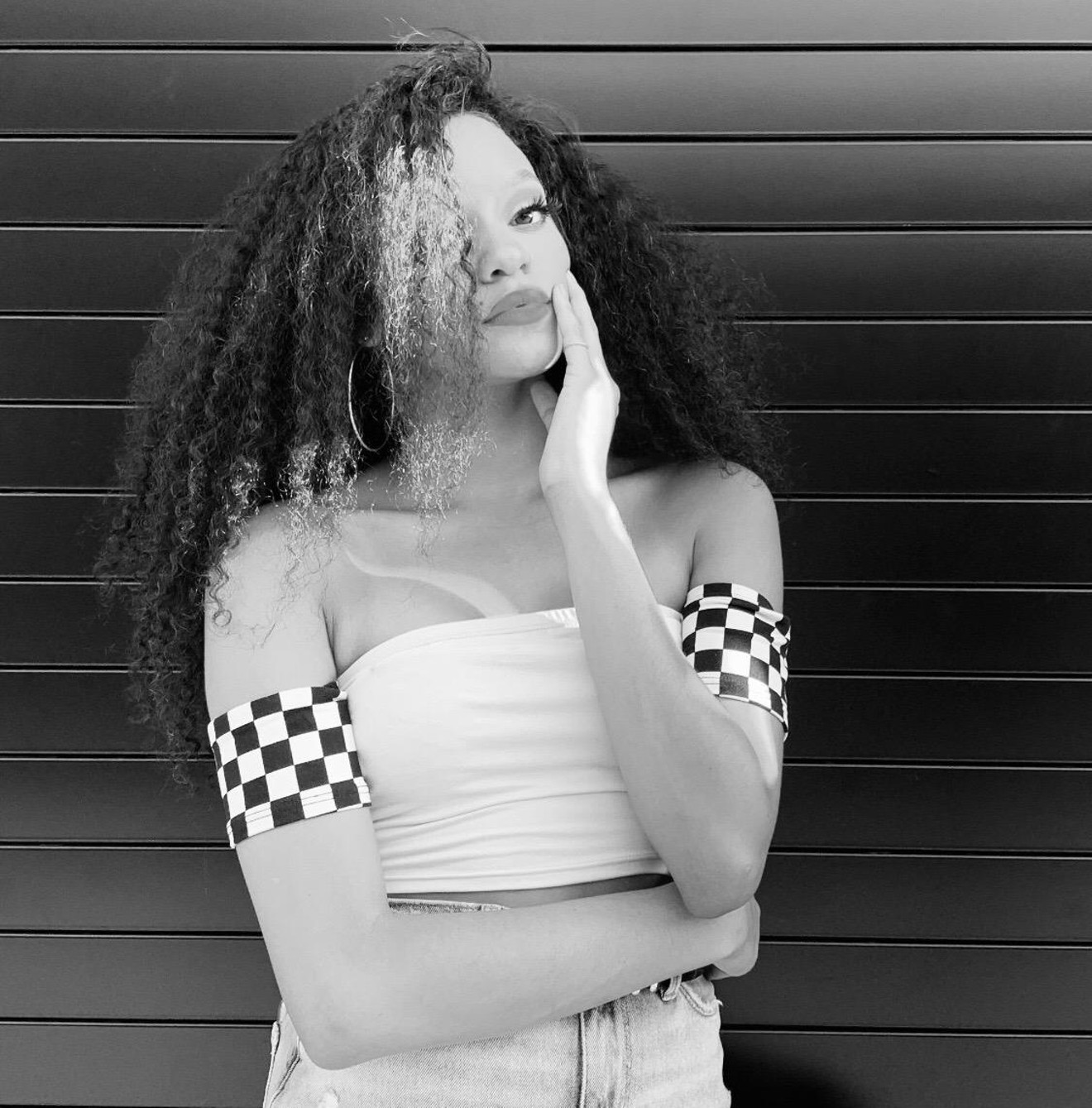 Nya Marquez is fond of saying “period,” as in “end of conversation.” She says it when she is giving dating advice to her friends (which she does often) and when she concludes a rehearsal (which she does almost as often). On a sunny Tuesday at a barren shopping center in Plano, Marquez’s exclamation of “Period!” is particularly powerful. The 17-year-old aspiring pop star is wrapping up rehearsal at Fenton’s Dance Factory, and even though she is lip-syncing, is exhausted from ongoing battles with allergies, drama caused by her ex-boyfriend and, of course, homework. Oh, and four days from our meeting, she is opening for Chris Brown at the American Airlines Center. So, as she collapses to the dance studio’s floor and begins to sing a few notes marking the end of the day, Fenton Fulgham, the studio’s namesake and Marquez’s choreographer, is quick to correct her.

“I know, I know,” Marquez responds. “Sometimes I just get hype.”

And with that, Marquez leaps up from the floor and bounces over to her friends, who are checking their phones and recapping the rehearsal. Like nearly every Tuesday and Thursday for the last two months, today’s session ended with a run-through of Marquez’s three-song set, which includes two of her originals and a cover of Ariana Grande’s “7 rings.” Fulgham doubles as Marquez’s hype man, singing along during rehearsal, shouting praise (usually in the form of “Ayyye!” and “Uh!”) and occasionally providing direction to the singer and her small band of backup dancers.

“A lot of artists do two types of shows that happen at the same time: a singing show and a dancing show,” Fulgham says after rehearsal wraps. “Nya does one show. She has the talent, the knowledge and the work ethic.”

The room practically revolves around Marquez. In addition to Fulgham and the dancers, the crowd at Fenton’s includes Marquez’s parents, Nick and Paula, who both record large chunks of the rehearsal while sporting Marquez shirts.

Despite the impending performance at Dallas’ largest music venue, the room is mostly calm. Much of that can probably be attributed to Marquez’s demeanor. The show gives her anxiety ("I don’t want to throw up, like in Pitch Perfect,” she says, only half-kidding), but overall, Marquez is ebullient. She is excited about the show and what it means for her career, but is just as excited to see Chris Brown for free. She relished the opportunity to speak about suicide and gun safety at a recent Moms Demand Action assembly, but she is just as eager to talk to friends via Snapchat, or to message fans (members of “Nya Nation”) when they reach out via Instagram.

Even though she is about to perform in front of 20,000 people, everything about Marquez’s persona and preparation — from the humble studio, to the undying support of her ever-present mom and dad to her gushing praise of Billie Eilish — reminds everyone watching that she is a 17-year-old who just so happens to be a singer.

Anyone who has heard of Marquez thus far probably knows she is passionate about her anti-bullying campaign. It’s a cause that is partly personal. During middle school, Marquez had to crash on a friend’s couch while her family endured financial hardship. The friend started telling people at school that Marquez was homeless, leading to the kind of incessant ridicule that is customary with middle school life.

After two weeks of high school in the small North Texas town of Anna, Marquez opted for home school. It was around this time that her singing career started to pick up. Marquez collaborated with Tiffany (of “I Think We’re Alone Now” fame) and A.B. Quintanilla, brother of Selena. She also began work on an album, which includes anti-bullying anthems like “Still Standing.” Her early high school years also marked the start of what her father calls “a dogfight,” as mom, dad and daughter began the daily grind of trying to turn Marquez into a star. In addition to serving as integral members of the Nya Marquez team (contacting promoters, coordinating her PR, assisting her management team), Nick and Paula Marquez work part-time jobs for extra income. Using the app Instacart, Nick and Paula deliver groceries in between their daughter’s events, rehearsals and engagements.

Songs like “Still Standing” have branded Marquez as a socially conscious artist who cares deeply about issues like bullying, a label that seems at odds with her choice to open for Chris Brown. A Moms Demand Action organizer noted as much when Marquez appeared at the organization's event on Sept. 21. Nick Marquez recalls the organizer talking to her daughter when the subject of Brown arose.

“She said, ‘You’re opening for Chris Brown, the domestic abuser?’” Nick recalls. According to her and her parents, Marquez did not know how to respond. As they talk about it, her father is quick to point out that Marquez should not have to suffer for Brown’s sins.

“Just because she shares a bill with someone, doesn’t mean she stands for everything he stands for,” Nick Marquez says. “But we can’t let what he did cost her an opportunity.”

Brown’s record of domestic abuse (notoriously against megastar Rhianna in 2009) is one subject about which Marquez is relatively tight-lipped, almost somber. She knows that the natural byproduct of singing onstage is criticism about whom you share the stage with, even if you’re not famous famous.

“We can forgive, but we shouldn’t forget,” she says. “All I can do is keep being me, and keep making my music. Period.”
KEEP THE DALLAS OBSERVER FREE... Since we started the Dallas Observer, it has been defined as the free, independent voice of Dallas, and we'd like to keep it that way. With local media under siege, it's more important than ever for us to rally support behind funding our local journalism. You can help by participating in our "I Support" program, allowing us to keep offering readers access to our incisive coverage of local news, food and culture with no paywalls.
Make a one-time donation today for as little as $1.