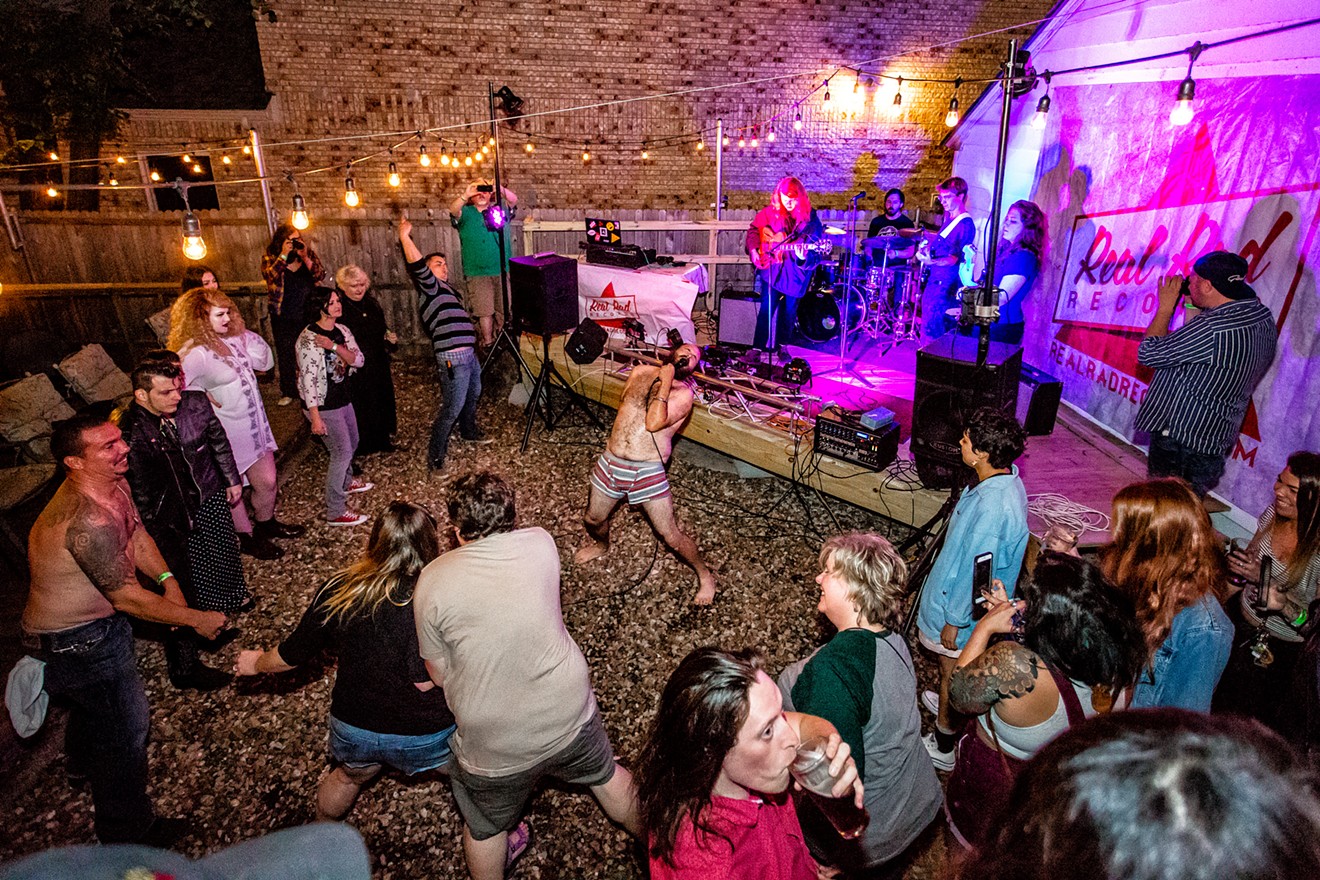 Richard Haskins, frontman of Wee Beasties, says the show is “one of those things totally by accident.” The story goes like this: After a friend of Haskins, who works at the Granada, mistook his inquiry into a possible gig doing sound at the venue as a request to play a show there, he worked a little magic, and Haskins found that his band had inadvertently landed an opening spot at the Dallas venue — one he’d never played before. To make it really happen, though, he would need to create a show that could draw a big crowd.

And the Grammy Award-winning Brave Combo, led by virtuoso Carl Finch, was the obvious choice. “They’re fucking legends,” Haskins says, adding that he's admired the band since he first thought about playing music at age 12. “I thought, if I’m good enough I might be able to be like Brave Combo one day.”

And despite Brave Combo generally being known as a polka band, they had a foothold among the punk rock and art communities back in the late 1970s.


“They take something that’s seemingly not cool and make it cool. To me, that’s, like, a super punk rock idea.” — Richard Haskins, on Brave Combo

"When Brave Combo first formed, we were considered a punk band," Finch said in a press release. And Haskins agrees with the sentiment: “They take something that’s seemingly not cool and make it cool. To me, that’s, like, a super punk rock idea.” And polka might not have always seemed “cool” to those who aren’t familiar with the genre, but anyone who’s attended a Brave Combo show knows how infectious the band’s live performances are.

The double Denton bill also highlights a long relationship between Haskins and Finch. Members of Brave Combo, including Finch, who celebrated the band's 40th anniversary last year, once judged a high school concert that featured a teenage Haskins, when Wee Beasties was starting out. “And of course they won, they were awesome,” Finch recalls. Years later, Haskins recorded two of Brave Combo’s records, Sounds of the Hollow and The Exotic Rocking Life. Wee Beasties are celebrating their 20th anniversary this year.

And in true punk rock fashion, and because of the long drive from Denton to Dallas, Haskins has organized party buses to pick up concertgoers, leaving from the downtown square in Denton, going to the Granada in Dallas. Booze is allowed and encouraged. Haskins says the first bus sold out within days, but he managed to organize another one, and tickets can be purchased online.

You’ll usually see fans of all ages at a Brave Combo show, but Haskins is well-known for his affinity to strip down to his underwear — or less — onstage, and his fans have come to expect nothing ... more. For this concert, though, Haskins expects it’ll be less about theatrics and more about music. “I want to be asked back,” he says with a laugh.
KEEP THE DALLAS OBSERVER FREE... Since we started the Dallas Observer, it has been defined as the free, independent voice of Dallas, and we'd like to keep it that way. With local media under siege, it's more important than ever for us to rally support behind funding our local journalism. You can help by participating in our "I Support" program, allowing us to keep offering readers access to our incisive coverage of local news, food and culture with no paywalls.
Make a one-time donation today for as little as $1.