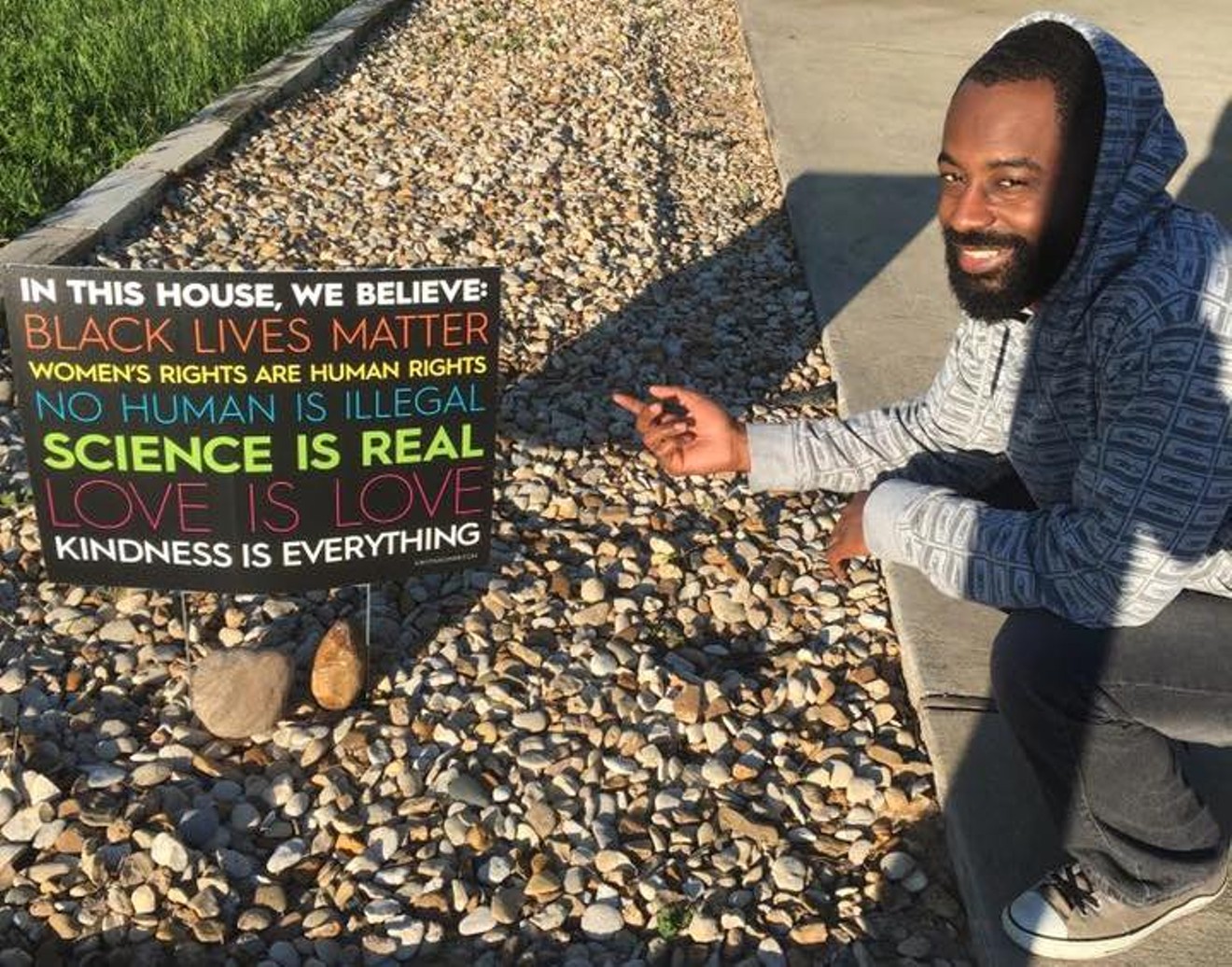 Two days before the incident, Rhodes posted this picture taken outside of his Austin Airbnb. courtesy J. Rhodes
Justin Rhodes was filled with excitement as he made the drive from Dallas to Austin a couple weeks ago with his girlfriend Adriel Sims. The occasion for the trip was SXSW; for the first time, Rhodes, an award-winning producer, had been invited as an official festival panelist.

But what he thought would be a landmark weekend in his career ended with a case of alleged assault and theft.

The senior manager of conference programming at SXSW, Melissa O’Brien, had given Rhodes platinum-level badge credentials and three extra wristbands in exchange for his appearance, Rhodes says. After wrapping up his panel on March 18, Rhodes and Sims decided to put them to good use and check out a party at Mohawk, an official SXSW venue on Red River Street.

A bouncer wearing a SXSW T-shirt was checking festival goer’s credentials at the door. Rhodes says when he showed his, the SXSW employee questioned whether he was the person in the photo because he wasn’t wearing his glasses. Rhodes provided his driver’s license and got through.

But then, Rhodes says, the same bouncer accused Sims’ wristband of being fake, ripped it off her arm and shoved it into his pocket. “You know, you have a panelist who’s not only being disrespected coming in, but then you’re putting your hands on a woman,” Rhodes says. “That’s assault and a felony, because he stole her band and put it in his pocket.”

Rhodes says the bouncer’s response was hostile when he stepped in and asked what had led the bouncer to conclude the wristband was fake. An argument ensued and eventually the Austin Police Department was called.

When five cops jogged toward the group, Rhodes says he was at first relieved. “At this point, we haven’t committed a crime, I have my credentials — we think that this situation is going to be squashed once we talk to the officers,” he says.

However, early on in their interaction with the police, Sims began to feel the cops were not there to help them.

“We tried to explain the problem and the cops made a joke out of it, like it was impossible for us to have a badge,” she says. “It was just the scariest feeling just to see the cops coming at us and looking at us like we were already the problem.”
click to enlarge

Justin Rhodes' badge. He says the bouncer claimed not to recognize him because he wasn't wearing the glasses shown in the photo.
courtesy J. Rhodes

Her concern was amplified by the fact that the cops and the bouncer were Caucasian, while she and Rhodes are both African-American.

“You hear stories like this all the time. I’m a mother, I’m grown, I have my own business, but I’ve never felt that powerless in my life,” she says.

The conversation with the bouncer and the Austin police, continued to heat up. Eventually Rhodes says one of the officers told the couple that if they didn’t leave the venue they would be taken to jail. So they left, without Sims’ wristband or an explanation as to why it was revoked.

The next morning, Rhodes aired his frustration on social media and contacted SXSW, Mohawk and the Austin Police Department to file formal complaints and charges.

Cowan told Rhodes that if SXSW was agreeable, Mohawk would be open to hosting a showcase organized by the producer at next year’s festival.

“We’ve been working as an advocate for Justin [Rhodes] to make sure that SXSW identifies and holds their staff accountable, under whatever review process they may have in place,” Cowan wrote to the Observer in an email.

However, SXSW’s tune gradually changed. Rhodes says SXSW chief programming officer Hugh Forrest told him last Thursday that because the police were involved, SXSW would not take any action regarding the incident until the investigation had concluded.

To Rhodes and Sims, SXSW are using the police as an excuse to drag their feet.

SXSW provided the Observer with a statement attributed to Forrest: “We aim to treat every SXSW attendee with courtesy and respect. We take this incident very seriously and are thoroughly reviewing it,” the statement reads. “We are also working with Justin [Rhodes] to address the situation and hope to welcome him back to SXSW next year.”

Far from thinking about next year, both Rhodes and Sims still have a bitter taste in their mouths from their recent experience.

“We were supposed to be there to celebrate my boyfriend’s accomplishments and then we get treated like trash,” Sims says. “It’s a horrible feeling.”