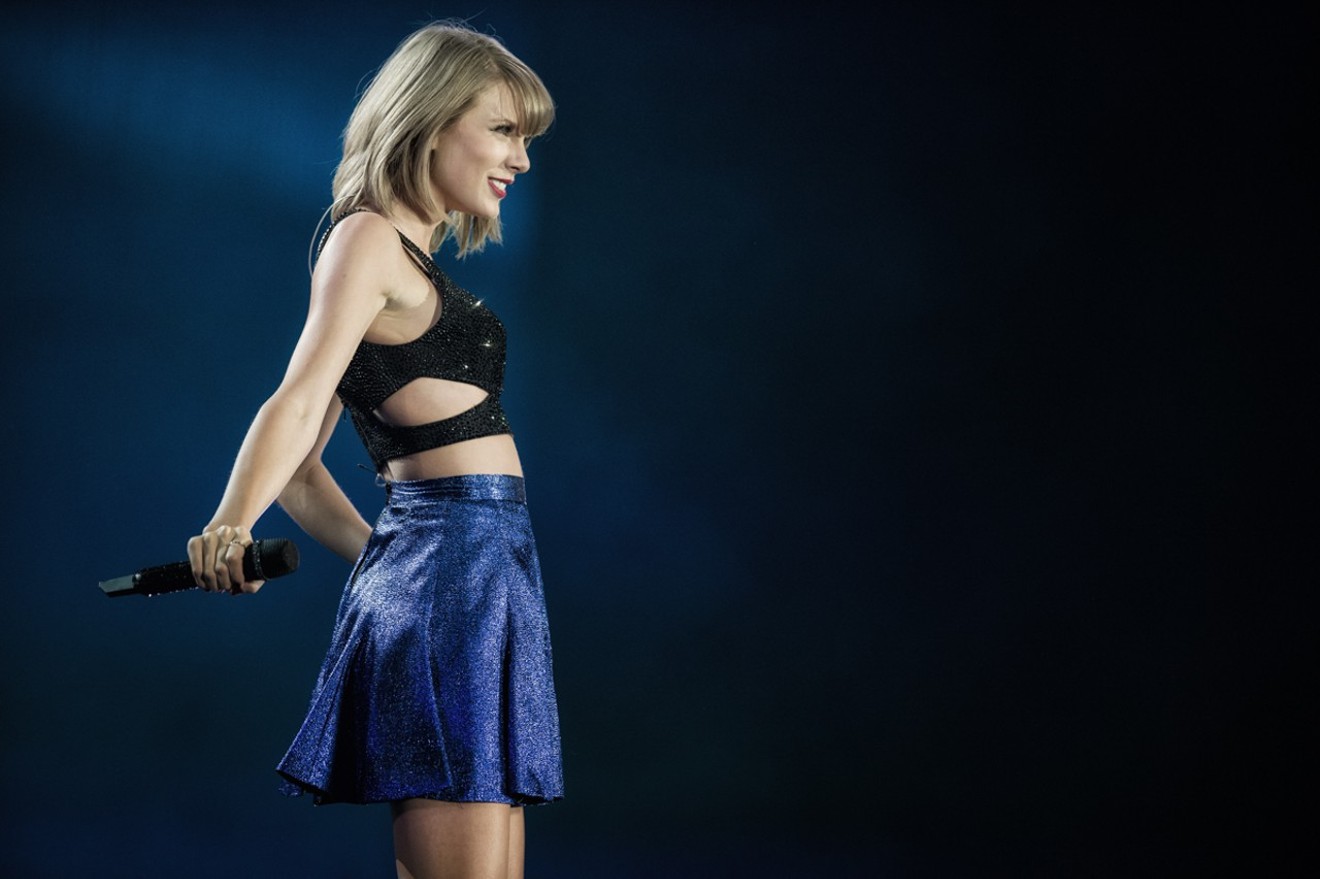 Taylor Swift faced pressure to remove the word "fat" from a music video last week. Here's what we can learn from that. Mike Brooks
The internet would like you to know that we are living in a golden age of destigmatizing mental illness. It’s OK to not be OK, and the world is a safer place to talk about your personal struggles. The masses will hear you, support you, validate you.

All you have to do is be relatable and likable to all people, all the time.

Eating disorders are mental illnesses. Anorexia nervosa, bulimia nervosa and rumination syndrome are just a few that are medically recognized and treated in all ages and genders, not just young girls who want to be models. Though cultural factors have been known to influence some demographics, these disorders can also largely stem from separate diagnoses like OCD and PTSD. They’re complicated, deeply affecting and extremely personal.

You wouldn’t know any of that from the way people who suffer from these diseases are talked about in media. People (particularly young women) with eating disorders are either the villains or victims in the conversation surrounding body positivity, depending on who you ask. Body dysmorphia is a symptom, not an illness. Celebrities who suffer from it are forcing people to conform to their beauty standards. “Normal people” who suffer from it are helpless casualties who’ve had self-loathing forced on them by "societal standards,” but you can save them by telling them they’re beautiful and skinny girls aren’t that hot anyway. There is no overlap or solidarity to be found in these struggles. There’s certainly not any nuance.

Taylor Swift found herself at the center of this discussion last week with the release of her “Anti-Hero” music video, part of which depicts her standing on a scale that simply reads “FAT.” Swift has been upfront about struggling with disordered eating before, most notably discussing in her documentary, Miss Americana, how paparazzi photos would trigger restrictive habits. Her experience with dysmorphia, like everyone else’s, has been complicated, deeply affecting and extremely personal. So, naturally, Twitter users decided to make it about themselves.

Several people took to the app to decry this visual as being tone deaf and implying that fat people aren’t beautiful, insisting that her No. 1 priority while unpacking a personal trauma should not be her own healing, but constantly and explicitly reassuring strangers that she only hates herself and not them.

@CarolineMoss tweeted, "Inundating fat people with the message that their body is your worst nightmare is an uncreative, stale and harmful way to express your (absolutely valid!) internalized and multifaceted journey with your own."

Inundating fat people with the message that their body is your worst nightmare is an uncreative, stale and harmful way to express your (absolutely valid!) internalized and multifaceted journey with your own https://t.co/V8mdajz2ol

After another Twitter user pointed out that Swift has her own eating disorders, Moss replied: "When you have millions of young fans and you’re on your 15th year in the industry you have responsibility to understand how your art will be perceived. Either she doesn’t care (fine!) or she truly doesn’t understand why this is harmful and no one close to her work does either."

Another Twitter user, @luciewald, posted, "It is possible to appreciate Taylor Swift and midnight as an artist AND call her out on her blatant fatphobia. Taylor Swift should have done better because even if it is relatable and an 'intrusive thought' it is damaging and fatphobic. Listen to fat ppl when they tell you it is."

The backlash resulted in Swift editing out the word "FAT" from the music video.

The body positivity movement means well. The philosophy of “all bodies are beautiful” is a lovely sentiment that has done wonders in making entertainment and fashion more inclusive. But trying to force that very simple mindset on how we accept ourselves and others on a day-to-day basis largely misses the point. We shouldn’t be striving for all body types to be viewed as beautiful to everyone across the board. That’s not fair. Attraction is subjective.

Instead, people simply need to treat others with dignity and decency, whether they’re attracted to them or not, to not view someone as lesser just because they don’t personally find them beautiful. They need to, for example, be able to see a plus-sized model on the cover of a magazine and not be repulsed by it.

In turn, others need to realize they’re not entitled to every piece of media being personally comforting and empowering to them.

All of that said, the main backlash against Swift’s new music video had nothing to do with its message. It doesn’t matter that there’s a clear self-awareness that her former mindset was harmful. Saying that “fat is bad” is problematic, regardless of framing and context. Why can’t she just process her trauma and coddle the collective self-esteem of the entire internet at the same time?

So instead of being met with the support that is afforded to artists who’ve opened up about, say, anxiety or depression, Swift’s expression of her struggles was viewed as tone deaf. She forgot to take a moment out of her candid and personal depiction of self-loathing to look into the camera and say “you’re beautiful,” so Twitter immediately inferred disrespect.

She spoke up about her mental illness, about how she was not OK. The masses didn’t find it relatable or likable. She was not heard, supported or validated. She was shamed, and when the scene was cut from her own creative work, she was silenced.

It may seem weird to vehemently defend a few frames in a music video this way. Taylor Swift is rich and famous. She’s had her fair share of out-of-touch moments in the past, and she likely won't see whatever heinous, callous things are said about her very real pain.

She probably won’t. But other people did.

People with eating disorders are used to remarks like this at this point. Some are millennials, close in age to Taylor Swift, who grew up on media like P!nk’s “Stupid Girls” music video and The Devil Wears Prada, where bulimia and anorexia are played off as a joke or the penance of vanity. This kind of eating disorder only happens to weird Hollywood people who are so vapid and self-obsessed, they’ll do literally anything to be skinny.

And if it does ever happen to “normal” girls, it plays out like it did with Miranda on Lizzie McGuire or DJ on Full House: Nice girls, in a moment of weakness, will fast for the length of a half-hour sitcom and then snap out of it the moment someone tells them they’re beautiful.

Swift may not have heard you when you demanded she make her healing process more palatable to you. But people who’ve been told their whole lives that girls with eating disorders stand in the way of body positivity and self-love and that talking about their struggles will make them come across as shallow and selfish heard you loud and clear.

So survivors will stay quiet, the misconceptions will stay intact and more people will get hurt because they’re afraid to seek help. But that’s a small price to pay for the comfort of people who need Taylor Swift to tell them they’re pretty.
KEEP THE DALLAS OBSERVER FREE... Since we started the Dallas Observer, it has been defined as the free, independent voice of Dallas, and we'd like to keep it that way. With local media under siege, it's more important than ever for us to rally support behind funding our local journalism. You can help by participating in our "I Support" program, allowing us to keep offering readers access to our incisive coverage of local news, food and culture with no paywalls.
Make a one-time donation today for as little as $1.