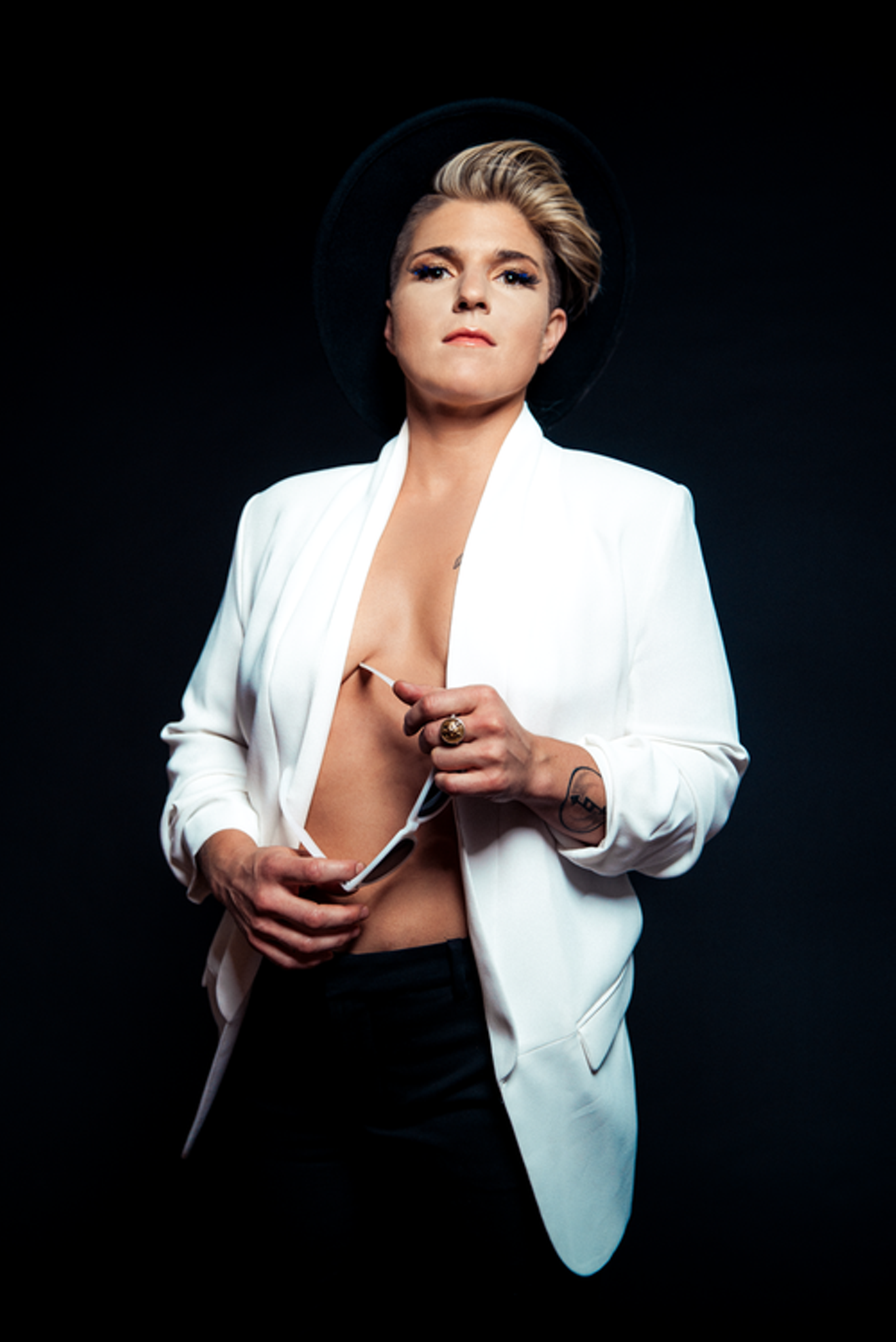 
Texas-born songwriter Daphne Willis will open up for one of her idols.

She has been listening to Barenaked Ladies for as long as she can remember. As her career continues to grow, she feels increasingly humbled sharing the stage with artists she has looked up to throughout the years.

She has played at Levitt Pavilion in Arlington a few times. During the summer, she was trying to lock down some fall dates, when she was approached with the opportunity to open for Barenaked Ladies. While this is certainly big for Willis, her career has been riding a wave of success that seemingly cannot be stopped.

Her music dives into many different genres, a consequence of being a professional songwriter at Sony. She writes for other artists, films, TV and ads. While her music tastes and style are all over the place, the messages behind her songs often revolve around health, mental health and addiction recovery.

“I feel like I’m giving back to the community and to my fans through my music by creating kind of a support system for my fans and for new listeners as well,” Willis, 31, says. “I really feed off that connection with my fans.”

She grew up with influences such as Tupac, Will Smith, Biggie Smalls and Lauryn Hill, so her most recent release “Hustle,” featuring Los Angeles-based artist Gizzle, has more of an urban hip-hop sound, she says.

The song has become a motivational anthem for her. She wants everything she puts out to inspire others. This song speaks to her on many levels of her life, she says. Everyone, including herself, is trying to be the best they can be, and to do that they have to hustle.

“We all hustle on all levels, whether it’s financial goals, relationship goals, personal goals, there’s always something we’re kind of reaching for,” she says.


“We all hustle on all levels, whether it’s financial goals, relationship goals, personal goals, there’s always something we’re kind of reaching for." – Daphne Willis


One of the benefits of being an independent artist is she can release whatever material she wants. This allows her freedom to experiment in different genres, which she says creates growth and helps her understand what is true to her.

“The message that I’m trying to get out there is one that I want to be able to reach across genres,” she says. “By experimenting with different genres and keeping this kind of fluidity, I think it allows the message behind the music to come through.”

The recurring themes in her songs are a result of the effect mental health and addiction recovery have had on her and her family throughout their lives. She has been in recovery for two and a half years, and has been diagnosed with bipolar depressive disorder. Additionally, her brother has been homeless on and off, and in and out of jail.

“These experiences that my family and I have been through with all of these issues runs deep,” she says.

Last year, Willis participated in the 13th annual walk put together by the National Alliance of Mental Illness at Dr Pepper Ballpark in Frisco. She says she is happy to be involved in the NAMI Dallas Walks in any capacity and will soon discuss her role in the walk with them this year.

Willis is in the process of wrapping up a recently shot music video for “Hustle” and getting ready to release her new single “Forgiveness” sometime this fall.

7:30 p.m. Oct. 13 at Levitt Pavilion. Tickets are $40.
KEEP THE DALLAS OBSERVER FREE... Since we started the Dallas Observer, it has been defined as the free, independent voice of Dallas, and we'd like to keep it that way. With local media under siege, it's more important than ever for us to rally support behind funding our local journalism. You can help by participating in our "I Support" program, allowing us to keep offering readers access to our incisive coverage of local news, food and culture with no paywalls.
Make a one-time donation today for as little as $1.