The Best Beatles Films and Some That Never Happened 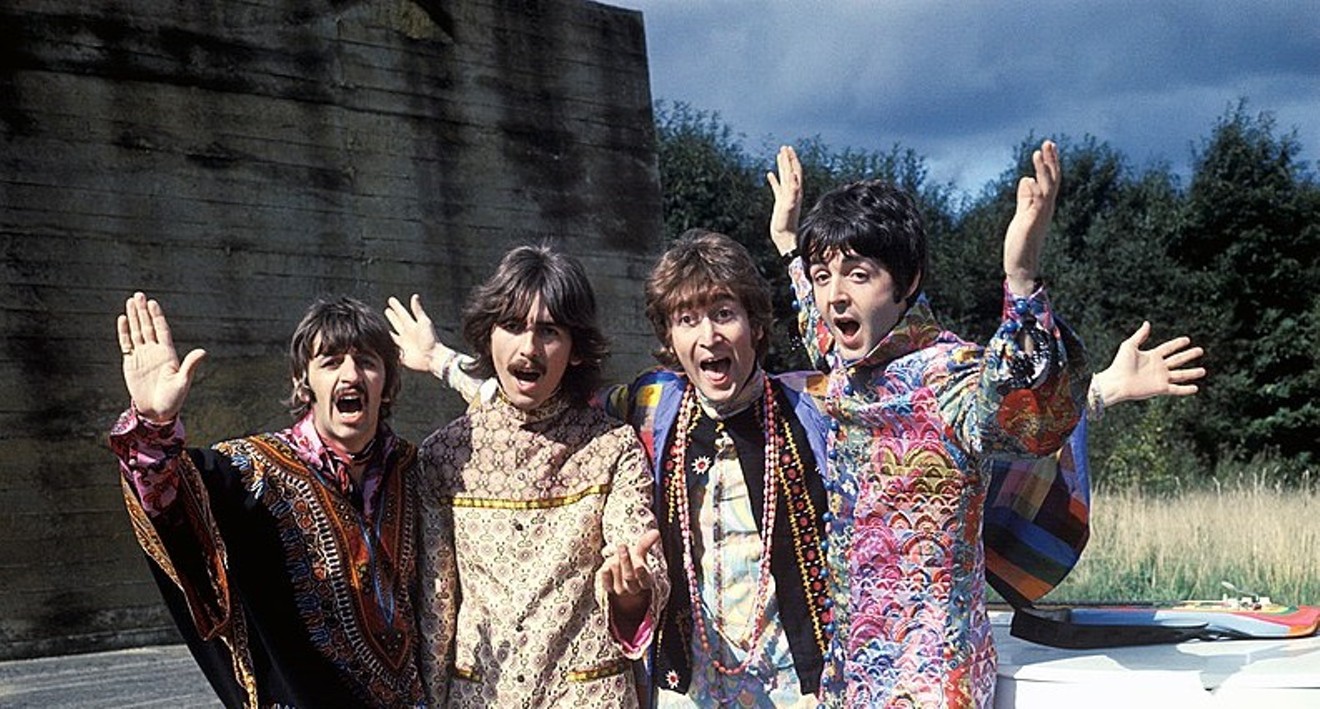 Take a magical mystery tour of the Beatles filmography with the best Beatles films starring the Beatles, about the Beatles and inspired by the Beatles. Parlophone Music Sweden/Wikimedia Commons
If 2021 wasn’t looking brighter already, the news that previously unseen Beatles content is coming soon is certainly a welcome sign that there are better days ahead. Lord of the Rings filmmaker Peter Jackson has restored over 55 hours of previously unrestored footage of the Fab Four during the recording of Let It Be, edited together as the film The Beatles: Get Back, which is now set for a summer 2021 release.

The wait until August might be a tough one for fans of the iconic British group, but thankfully there are over 50 years of Beatles material to watch in the meantime. And no, we’re not talking about unfortunate cameos, like Paul McCartney’s baffling appearance in the fifth Pirates of the Caribbean movie.

The unprecedented and unmatched influence of The Beatles extends beyond music to a sizable presence in film. The group starred in several projects during their early period, and their legacy has inspired documentaries, musicals, tributes and reinventions. Of course, not every Beatles-adjacent project saw the light of day, and some of the weirdest ones never made it to the silver screen.

As we await Get Back and its influence on Beatles scholarship, check out these unmissable classics and ponder what these unmade gems would have looked like.

Bonafide classic: A Hard Day’s Night
The Beatles star as themselves in a series of escapades as they prepare for a television performance in this classic from filmmaker Richard Lester. Much of the iconography from the film, including the famous opening scene set to the title track in which The Beatles dash away from avid fans, has become integral to Beatles culture.

Left to our imagination: The Beatles in Lord of the Rings
The Beatles were so impressed by Stanley Kubrick’s visionary masterpiece 2001: A Space Odyssey that they attempted to persuade the famous director to conceive of an adaptation of J.R.R. Tolkien’s fantasy series for them to star in. McCartney wanted the role of Frodo Baggins, Ringo would co-star as Samwise Gamgee, Harrison was enlisted to play the wizard Gandalf, and the scene-stealing role of Gollum would belong to none other than John Lennon.

Bonafide classic: Help!
Replacing the raw, joyfully personal nature of A Hard Day’s Night with a psychedelic spy adventure filled wall-to-wall with visual gags, the second film starring The Beatles leaned into the quirky humor that the group would be known for. The plot (which is absolutely insane) follows The Beatles as they save the world from a death cult that has singled out Ringo for sacrifice.

Left to our imagination: The Beatles in The Three Musketeers
Who would play each Musketeer? Can The Beatles sword fight? Would it have mattered? The gang tried to rope their A Hard Day’s Night and Help! director Richard Lester into casting them in this literary adaptation, but Lester would ultimately direct a non-Beatles version of the Alexandre Dumas story in 1973.

Bonafide classic: Across the Universe
The Beatles are essential to '60s culture, and the 2007 jukebox musical Across the Universe takes over two dozen Beatles classics and uses them to illustrate the political and social changes of the decade, dealing with everything from Vietnam protests to the civil rights movement. Impressively, cast members like Evan Rachel Wood and Jim Sturgess are able to hold their own as they deliver renditions of Beatles classics like “All You Need Is Love,” “If I Fell,” “All My Loving” and “I’ve Just Seen A Face,” among others.

Left to our imagination: Robert Zemeckis’ Yellow Submarine
The original Yellow Submarine cartoon is a staple of psychedelic culture, and at one point Back to the Future and Forrest Gump director Robert Zemeckis attempted to remake it as a 3D animated feature. Given Zemeckis’ nightmarish CGI versions of The Polar Express and A Christmas Carol, the fact that this project was shelved was probably for the best.

Bonafide classic: Nowhere Boy
Despite many documentaries, there have been few films that attempted to recast Beatles members in biopic form, and for good reason: It’s not an easy role for any actor to encapsulate. That being said, we think Kick-Ass star Aaron Taylor-Johnson did pretty well in this coming-of-age drama about John Lennon’s early days.

Left to our imagination: Up Against It
Among the more interesting projects that The Beatles intended to star in was the proposed Up Against It, a bizarre, sexual ensemble piece that would’ve surely riled up as many viewers as their infamous “butcher cover” did. Unfortunately, it proved to be too controversial to bring to the screen, although Joe Orton’s screenplay is now accessible online.

Bonafide classic: The Beatles: Eight Days A Week – The Touring Years
If you’re looking for a critical examination of how The Beatles reinvented music and transformed songwriting, then Ron Howard’s 2016 documentary might not be for you. However, if you’re just looking for a fun romp with amusing anecdotes (particularly Paul McCartney talking about how stoned the gang was while making Help!), then Eight Days A Week is an immensely entertaining history lesson with plenty of great archive footage.

Left to our imagination: A Life in the Day
It’s long been speculated as to whether or not John Lennon had an intimate relationship with Beatles producer Brian Epstein (aka “the fifth Beatle”), and the proposed biopic A Life in the Day would’ve explored the dynamic with Jack O’Connell starring as Lennon and Nicholas Hoult as Epstein. Unfortunately, there’s been no word on this promising project since its announcement in 2015.
KEEP THE DALLAS OBSERVER FREE... Since we started the Dallas Observer, it has been defined as the free, independent voice of Dallas, and we'd like to keep it that way. With local media under siege, it's more important than ever for us to rally support behind funding our local journalism. You can help by participating in our "I Support" program, allowing us to keep offering readers access to our incisive coverage of local news, food and culture with no paywalls.
Make a one-time donation today for as little as $1.