Sorry, But Swifties Are Not the Worst Fan Group 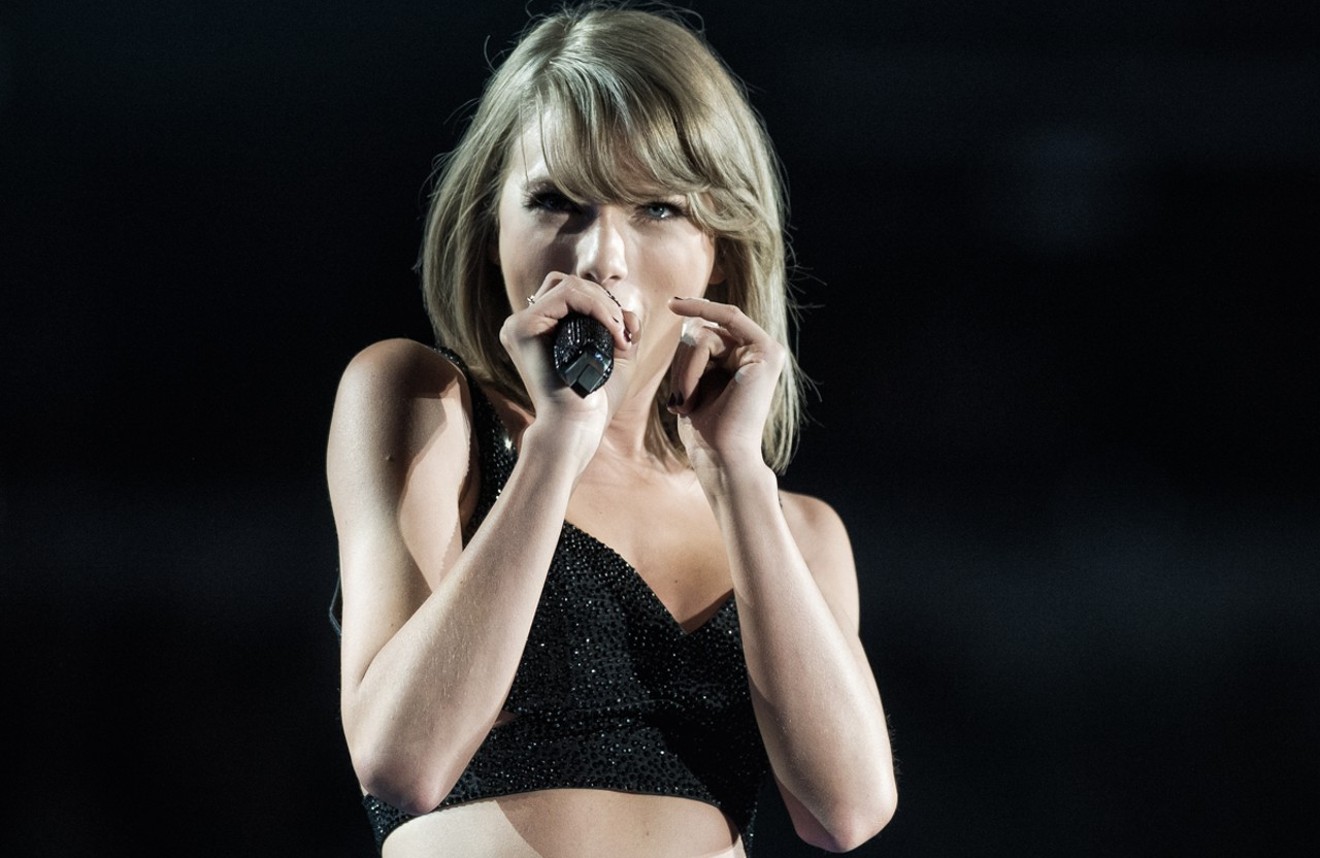 Taylor Swift's fans are wildly committed, but there are fandoms that are much worse. Mike Brooks
So, who's having a worse PR crisis right now, Twitter or Ticketmaster? While Elon Musk is busy burning the social media platform down to the ground, Ticketmaster is in hot water again thanks to the ridiculous tactics used to distribute tickets for Taylor Swift’s latest tour. The confusing, slow process of getting in the queue was seemingly intended to prevent scalpers from grabbing all the available seats, but the strategy has seemingly backfired and simply irritated everyone.

While “Swifties” at least have a good reason to be upset this time, they’ve made some more ridiculous demands in the past. Diplo once called them the “worst people in the world,” and while that might be a bit of an exaggeration, it doesn’t mean that Swift's fans haven’t gotten a little too invested. Some fans have deeply analyzed the “connected universe” in Swift's lyrics to look for hidden Easter Eggs and references.
Even then, the artist's fans are relatively tame in comparison to some of the other passionate fan bases terrorizing the internet. In an era where everyone can have a voice on social media and deeply invested obsessives can connect easily and anonymously, you get some of the wildest campaigns and niche groups imaginable. You just have to scroll through Reddit or Tumblr to find some of the most baffling sects of pop culture obsessives.

That’s not to say that the passion of a fanbase can’t be used for good; fan groups for Star Wars and Star Trek have helped raise funds for charitable causes. It’s pretty impressive that franchises that have been running as long as Doctor Who or James Bond still have loyalists out there who have followed them since the beginning. We took a look at some of the craziest fan groups out there.

Avatar Fans
Avatar: The Way of Water is easily one of the most anticipated films for the rest of the year, and the first film definitely holds up in terms of its visuals and action. But the world of Pandora isn’t necessarily something that we’d want to experience in real life. Some Avatar fans have even learned the Na’vi language, and many college campuses have active Na’vi study groups. Once you start getting into the details of Na’vi sex, it gets a little more disturbing.

Timothee Chalamet Fans
Timothee Chalamet is probably the closest thing this generation has to Leonardo DiCaprio. He’s a young, impressively talented actor who picks great projects, and he's become an accidental marquee idol for teenagers. Recently, the red carpet premiere of Chalamet’s new film Bones & All had to be shut down in Milan because too many fans rushed the stage.

Rick & Morty Fans
We’ll give Rick & Morty the credit that it deserves; it’s arguably one of the sharpest adult animated sitcoms out there, and easily more ambitious than what Family Guy and South Park have turned into these days. That said, Rick & Morty fans have taken some of the show’s pop culture references a little too seriously. After Rick referenced McDonald's Szechuan Sauce in the premiere episode of Season 3, “The Rickshank Redemption,” fans rushed the fast food chain demanding the sauce. After it quickly ran out of stock, some fans with a little too much time and money on their hands bid over $4,500 on Ebay.

DCEU Fans
The dark and lifeless modern “DC Extended Universe” failed to build a connected continuity that rivaled the Marvel universe. However, some film bros claim that Man of Steel and Batman v. Superman: Dawn of Justice are “secret masterpieces” from director Zack Snyder, and they were infuriated when their favorite filmmaker was replaced as the main dude behind 2017’s Justice League. After fans harassed Warner Bros.’ social media accounts, the studio relented and spent $90 million on a revamped version of Zack Snyder’s Justice League for HBO Max in March of last year. According to a report by Rolling Stone, fans were lobbied to harass and threaten journalists who criticized Snyder’s work.

Harry Potter Fans
Harry Potter is something we all loved when it was relevant, but it’s become harder for many to connect to the Wizarding World as J.K. Rowling continues to speak out against trans rights. The Fantastic Beasts prequel series and the baffling story of Harry Potter and the Cursed Child did something to get us to change our minds. Despite everything that irritated the people who felt represented by the series, Warner Bros. has shown interest in bringing Rowling back for additional installments. Many fans continue to support the author even though they really don't want to, because they just can't quit Harry Potter.

The Shining “Moon Landing” Conspirators
The Shining is a classic tinged with one of the oddest conspiracy theories in movie history. After Stanley Kubrick changed the way space was depicted on screen with 2001: A Space Odyssey in 1968, some conspiracy theorists drew comparisons to the Apollo 11 moon landing one year later. A conspiracy theory began to circulate that Kubrick was brought in by the U.S. government and NASA to fake the footage, and that The Shining contains hidden clues about the connection.

Deadpool Fans
Deadpool may have been a nice change of pace for the superhero genre back in 2016, but the “Merc With A Mouth” may have overstayed his welcome. Ryan Reynolds’ foul-mouthed anti-hero has inspired a slew of memes and fan accounts that use him as an idol against cancel culture.

Star Wars “Darth Jar Jar” Believers
Here’s one of the more baffling conspiracies of the galaxy far, far away. Some believe Jar Jar Binks, the obnoxious Gungan comic relief in the prequel trilogy, may be the secret mastermind behind the rise of the Sith. A particularly passionate cohort of the fan community has analyzed the footage to back up the theory that Jar Jar was working alongside Emperor Palpatine and orchestrated his rise to power.

“Paul Is Dead” Fans
Here’s one of the oldest and strangest music niche groups out there. Long before the days of crazy internet theories, a group of Beatles fans speculated that Paul McCartney had mysteriously died and was replaced by a doppelganger. Although this theory is more ridiculous than it is destructive, it's an eerie precedent to the days of QAnon.

Morbius Fans
This one is at least knowingly tongue-in-cheek. After being pushed back, delayed and teased for over three years, Jared Leto’s comic book movie Morbius debuted to disastrous reviews earlier this year and bombed at the box office. However, memes began to circulate after it had faded from theaters, and Sony decided to re-release the film to cash in on the newfound attention. But the Morbius fans who had such a blast poking fun at the film didn’t show up to see it, and Morbius bombed a second time.
KEEP THE DALLAS OBSERVER FREE... Since we started the Dallas Observer, it has been defined as the free, independent voice of Dallas, and we'd like to keep it that way. With local media under siege, it's more important than ever for us to rally support behind funding our local journalism. You can help by participating in our "I Support" program, allowing us to keep offering readers access to our incisive coverage of local news, food and culture with no paywalls.
Make a one-time donation today for as little as $1.