A Look Back at the Wildest Moments in Fleetwood Mac's History 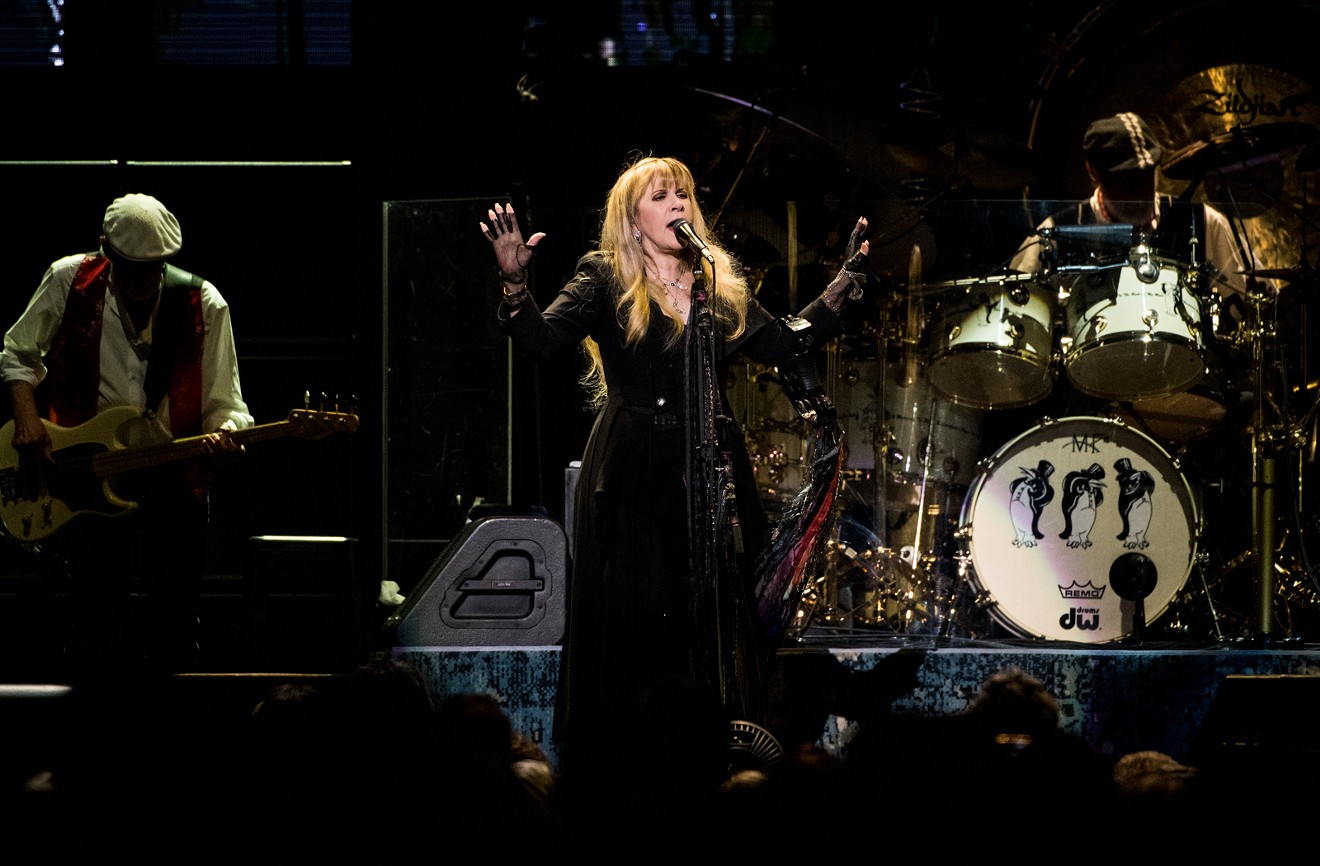 Stevie Nicks playing with Fleetwood Mac in 2019 at a sold-out show at American Airlines Center. Mike Brooks
The rumours are true. Preceded by David Crosby and Bob Dylan, both of whom recently sold the rights to their entire catalogues, Fleetwood Mac’s Lindsey Buckingham announced last week that he'd signed away his entire discography to Merck Mercuriadis’ Hipgnosis Songs. No word on how much the deal paid, but we’re guessing it was enough for Buckingham to “go his own way.”

If the headlines look familiar, it’s because Buckingham isn’t the only Fleetwood Mac alumnus who's inked a massive licensing agreement. Just last month, Stevie Nicks sold a majority interest in her catalog to Primary Wave for a deal reportedly upwards of $100 million.

It’s no wonder that some of these iconic artists are attracting massive publishing deals; platforms like Spotify and TikTok are introducing classic songs to new generations, and with COVID-19 still a threat, there’s little chance that any of these artists will be launching major tours anytime soon. But let’s not pretend that a licensing agreement is even remotely close to being the most extreme moment in Fleetwood Mac’s history; it’s not even a footnote. As Buckingham and Nicks enter a new stage in their careers, reminisce on some of these Fleetwood Mac stories so crazy they have to be true.

Rumours was so drug-fueled, only “The Chain” united the group
The production of Fleetwood Mac’s best album Rumours is one of the most chaotic in rock history, with friction among the members bubbling to the surface over the course of the recording process. After the band consumed copious amounts of illegal substances, the emotional conflicts resulted in individual songs from Buckingham (“Go Your Own Way”) and Christine McVie (“Don’t Stop”). “The Chain,” a song about the ties that bind, is the only track credited to all five members, although it’s based on an unreleased track from McVie.

Christine McVie initially wasn’t a fan of “Dreams”
“Dreams” would go on to become Fleetwood Mac’s biggest hit to date, but initially McVie was unimpressed with the now iconic track. “It was just three chords and one note in the left hand,” she said at the time. “I thought, 'This is really boring.'” She would later refer to the track as “genius.”

Jeremy Spencer joined a cult before a performance in Los Angeles
All was set for Fleetwood Mac to perform at Whiskey a Go Go in Los Angeles in 1971, but the gig was disrupted when guitarist Jeremy Spencer unexpectedly joined the religious cult The Family, an organization known for its notorious abuse and dehumanizing practices. Spencer remains a member of The Family, the same cult that raised celebrities like Rose McGowan and the Phoenix children, who all escaped after childhood.

Stevie Nicks’ cocaine addiction burned a hole in her nose
Frequent drug abuse was a given for Fleetwood Mac, and Nicks’ struggles peaked in 1980 when her addiction to cocaine led her to burn a hole in her nose. Thankfully, Nicks entered rehab and told her story in a 2014 autobiography, Stevie Nicks: Visions, Dreams, and Rumours.

A Rolling Stone cover resulted in more affairs
The competing romances within Fleetwood Mac were openly referenced when the group all lay together in bed for an infamous Rolling Stone cover shoot in 1977. While intended as a parody of the group’s reputation, the intimate photoshoot helped initiate an affair between Stevie Nicks and Mick Fleetwood months later.

Lindsey Buckingham restrung every 20 minutes
The lead guitarist and noted perfectionist Buckingham is often cited as one of the greatest guitarists of all times, and his attention to detail included restringing his guitar three times an hour while recording “Never Going Back Again.”

“Empire State” apologizes to New Yorkers for “The City”
1973’s “The City” included such inflammatory lyrics as, “There's something wrong with New York, it's a prison without walls,” which courted some intense blowback from New Yorkers. The 1982 followup “Empire State” was much more positive (“New York, make me a part of you, straight, straight through the heart of you”), and was seen by many as an apology for the controversial earlier track.

Sheryl Crow was almost a member
After McVie left the group in the early 21st century, Sheryl Crow was courted as a potential replacement, although the collaboration never occurred. “Well, I felt like if there was gonna be bad blood when I joined, that perhaps maybe I shouldn't,” she told Howard Stern. “I didn't want to upset something that was already so beautiful."
KEEP THE DALLAS OBSERVER FREE... Since we started the Dallas Observer, it has been defined as the free, independent voice of Dallas, and we'd like to keep it that way. With local media under siege, it's more important than ever for us to rally support behind funding our local journalism. You can help by participating in our "I Support" program, allowing us to keep offering readers access to our incisive coverage of local news, food and culture with no paywalls.
Make a one-time donation today for as little as $1.