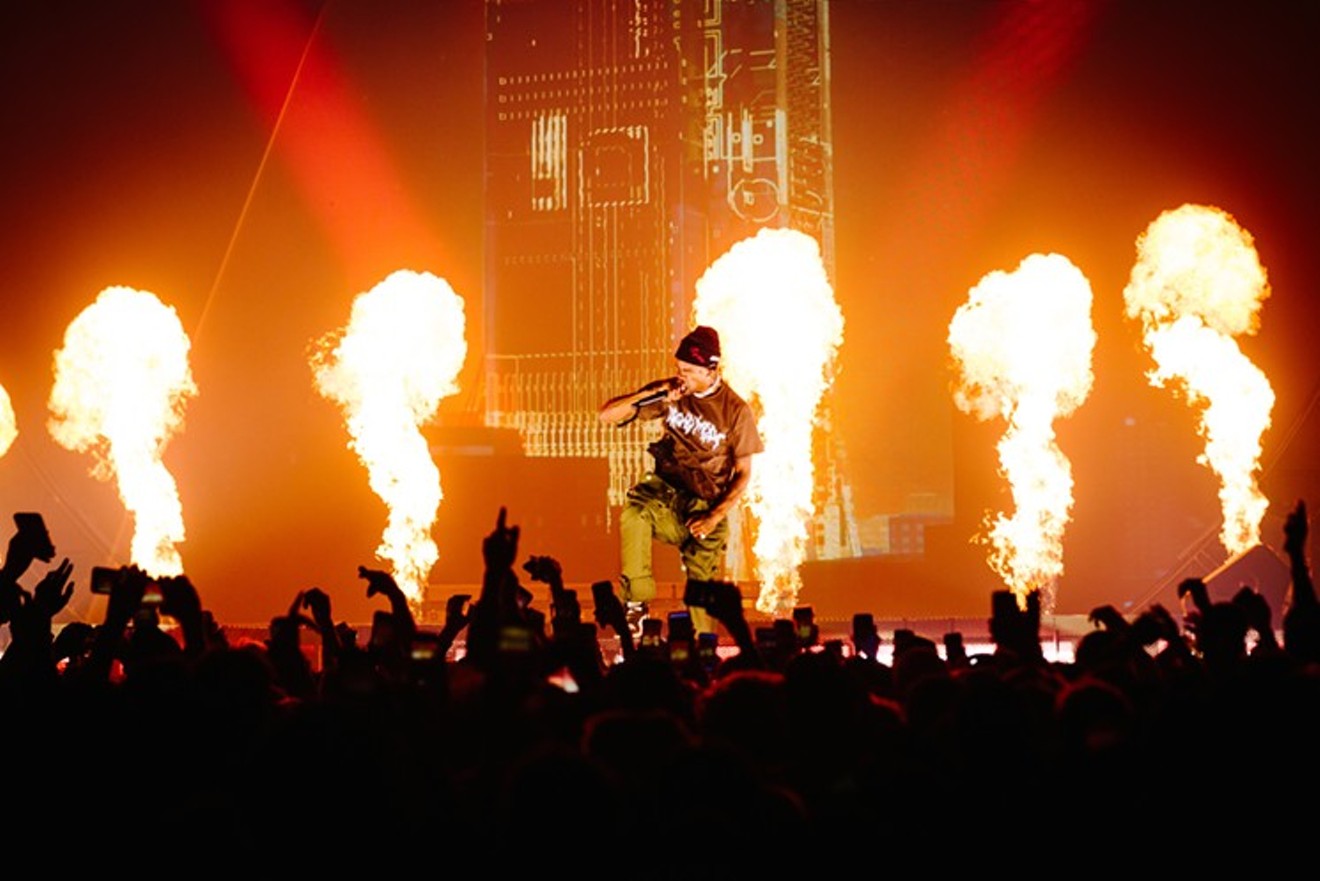 Travis Scott Mikel Galicia
Grammy-nominated Houston rapper Travis Scott will headline the seventh annual JMBLYA Festival at Fair Park in Dallas on Friday, May 3 and at Circuit of the Americas in Austin on Saturday, May 4. Lil Wayne will join him.

A portion of ticket sales for the Dallas date will benefit House of Blues Music Forward, a nonprofit organization that provides scholarships to lower-income individuals aspiring to work in the music industry.

General admission tickets remain as affordable as previous years, but this year, JMBLYA is offering a $2,500 VIP ticket option that boasts even more amenities, such as four festival passes, a personal photographer, complimentary golf cart rides on the festival grounds, a private bathroom with a personal attendant and more.

Since its inception in 2013, JMBLYA has positioned itself as one of Texas’ most successful hip-hop festivals. Previous JMBLYA artists include Chance the Rapper, Young Thug, J. Cole, Migos, Future, G-Eazy, Lil Uzi Vert, Post Malone, Playboi Carti and Tyler the Creator.

General admission tickets go on sale at noon Friday, March 1 for $59.
KEEP THE DALLAS OBSERVER FREE... Since we started the Dallas Observer, it has been defined as the free, independent voice of Dallas, and we'd like to keep it that way. With local media under siege, it's more important than ever for us to rally support behind funding our local journalism. You can help by participating in our "I Support" program, allowing us to keep offering readers access to our incisive coverage of local news, food and culture with no paywalls.
Make a one-time donation today for as little as $1.