No One Cares That You Hate The Beatles 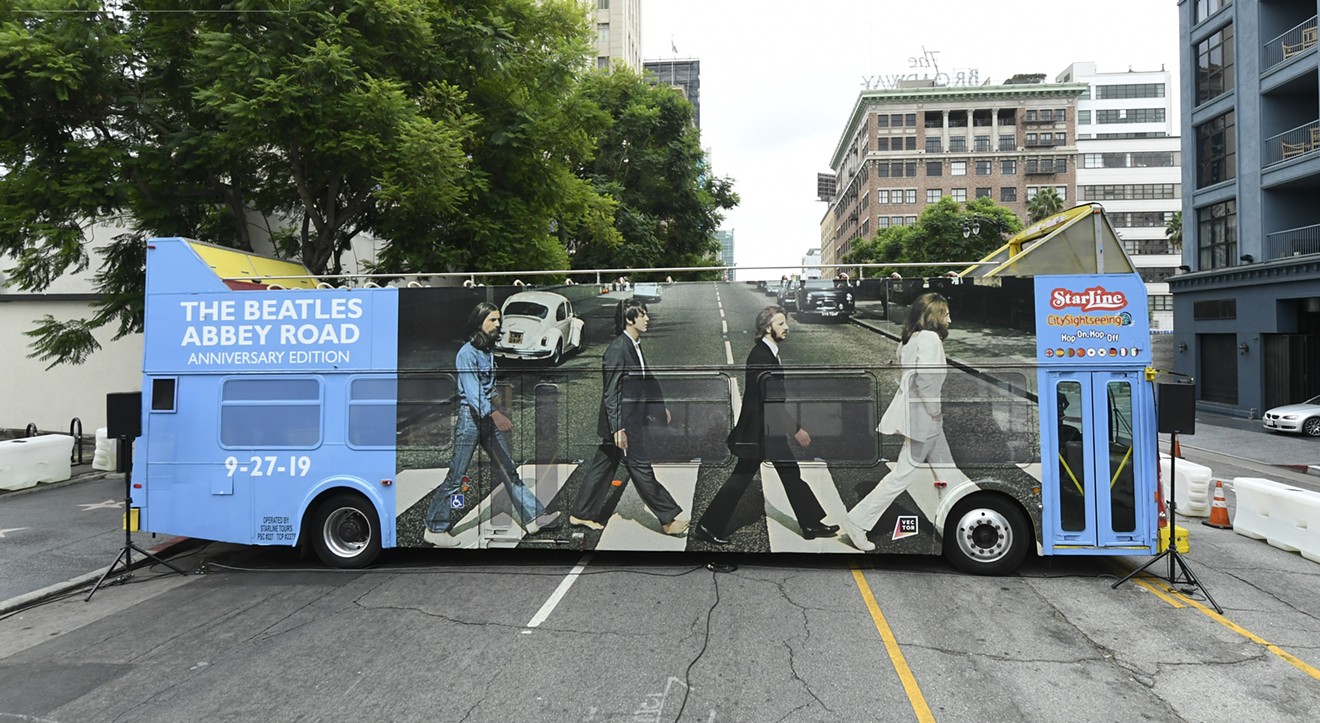 We get it, you hate the Fab Four. You're so edgy and cool. Frazer Harrison/Getty
There is a fifth dimension beyond that which is known to man. It is a dimension as vast as space and as timeless as infinity. It is the middle ground between light and shadow, between science and superstition, and it lies between the pit of man's fears and the summit of his knowledge. This is the dimension of imagination. It is an area which we call "The Pretentious Zone."

Bummed that nobody else at the concert really “got” what the band was saying, Raid turns the dial of his antique tube radio to the local community station. As he sits at the living room/bathroom side of his 300 sq. foot studio apartment he overpays for, he stews over how he can better educate his friends on what music is worth their time and what’s just mainstream mayonnaise out to fool any sucker who doesn’t think critically for themselves. That’s when the Beatles’ “Here Comes the Sun” begins to play.

Surely his morning would get a little better, even if just for the three minutes and six seconds of George Harrison lovingly suggesting that “it’s all right” and “that ice is slowly melting.” Surely Raid would lighten up just a little. Instead, it only further hardens the ice crystals around his heart.

“Ugh,” Raid grumbles to himself. “The Beatles are so fucking overrated.”

Raid is edgy and always super cool, even when he’s home alone in his coffee-stained robe and boxers. He doesn’t need to be in earshot of partygoers to proudly denounce the musical legacy of arguably the most influential group of musicians to ever exist, although he prefers it. In fact, his revolutionary opinions on the “dull, overplayed and egotistical” songwriting of John Lennon and Paul McCartney have earned him some of Facebook’s most enlightening comment threads in history, where he repeatedly changes mind after mind to the Beatles’ actual lack of talent and insignificance in music history.

“They were just a bunch of overproduced, under-talented dudes who thought they could rewrite their tacky mainstream success with ‘intellectual world music’ and LSD,” Raid habitually quips at every single party ever. “And Abbey Road particularly sucks.”

To declare that what is likely the most revered Beatles album of all time, as Raid eloquently states, “sucks,” is a bold and brave move unheard of by 20- and 30-somethings the world over. He’s considering writing a book on these contemporary, novel hot takes, but for now he’s sticking to his free-plan WordPress page and highly illuminating Twitter feed.

Anyone within earshot of Raid when a Beatles song comes on, immediately queuing his critical comments involving additional astute uses of the word “sucks,” aren’t sure if he’s being ironic or if he in fact has a black hole in his chest where his heart’s supposed to be. Either way, his spirited takes are always received with praise and cheers.

“They were just a bunch of overproduced, under-talented dudes who thought they could rewrite their tacky mainstream success with ‘intellectual world music’ and LSD." – Guy Raid's habitual quip at every single party ever.


“Sure, the Beatles are credited as ‘the’ ‘greatest’ ‘rock’ ‘band ‘of’ ‘all’ ‘time,’” Raid says to a half-dozen women standing nearby at a party, elaborately using air quotes around each and every word to drive home his sarcasm. “But, like, the Beatles just copied Chuck Berry. They just got lucky.”

“Lennon was a dick, McCartney just made ‘granny’ music and [George] Harrison never really contributed to anything,” Raid says. “You know, Ringo was probably the most original artist in the band, because ‘Yellow Submarine’ was a much more sophisticated song than poser Beatles fans ever give it credit for. It still sucks, though.”

It’s hard to know how exactly Raid has not become a leading public figure of a worldwide anti-Beatles movement yet, but he says he’s open to the idea if it presents itself.

“We’re just tired of being attacked for not liking the Beatles,” he says. “It’s just our opinion that the brilliant songwriting, innovation, prolific oeuvre, mythology and historical significance of the Beatles is, just, like, totally overrated.”

Despite history proving time and again the value and influence of the Beatles’ decade-long musical output, critics of the band never miss an opportunity to get in their jabs of John, Paul, George and Ringo. You know them, the folks who, once “Hey Jude” comes over the speaker, divulge a little too loudly to their friend across the table at the coffee shop that the album The Beatles, better known as the White Album, showed the band’s political hypocrisy or cite the harsh 1967 New York Times criticism of Sgt. Pepper’s Lonely Hearts Club Band as a testament to validate their own views.

We’re just trying to eat our scones and write our research papers, dude. Calm down.

* Guy Raid is, of course, a fictional being, a satirical conglomerate of every edgy Beatles hater we've ever met and every hipster we've ever dated. The existence of people like Raid fill us with many deeply philosophical questions, but mainly: Who the hell could hate the Beatles this much when bands like Maroon 5 exist?

Let us count the ways The Beatles are overrated: Zero, and we're done. The Beatles are not overrated. You are.
KEEP THE DALLAS OBSERVER FREE... Since we started the Dallas Observer, it has been defined as the free, independent voice of Dallas, and we'd like to keep it that way. With local media under siege, it's more important than ever for us to rally support behind funding our local journalism. You can help by participating in our "I Support" program, allowing us to keep offering readers access to our incisive coverage of local news, food and culture with no paywalls.
Make a one-time donation today for as little as $1.