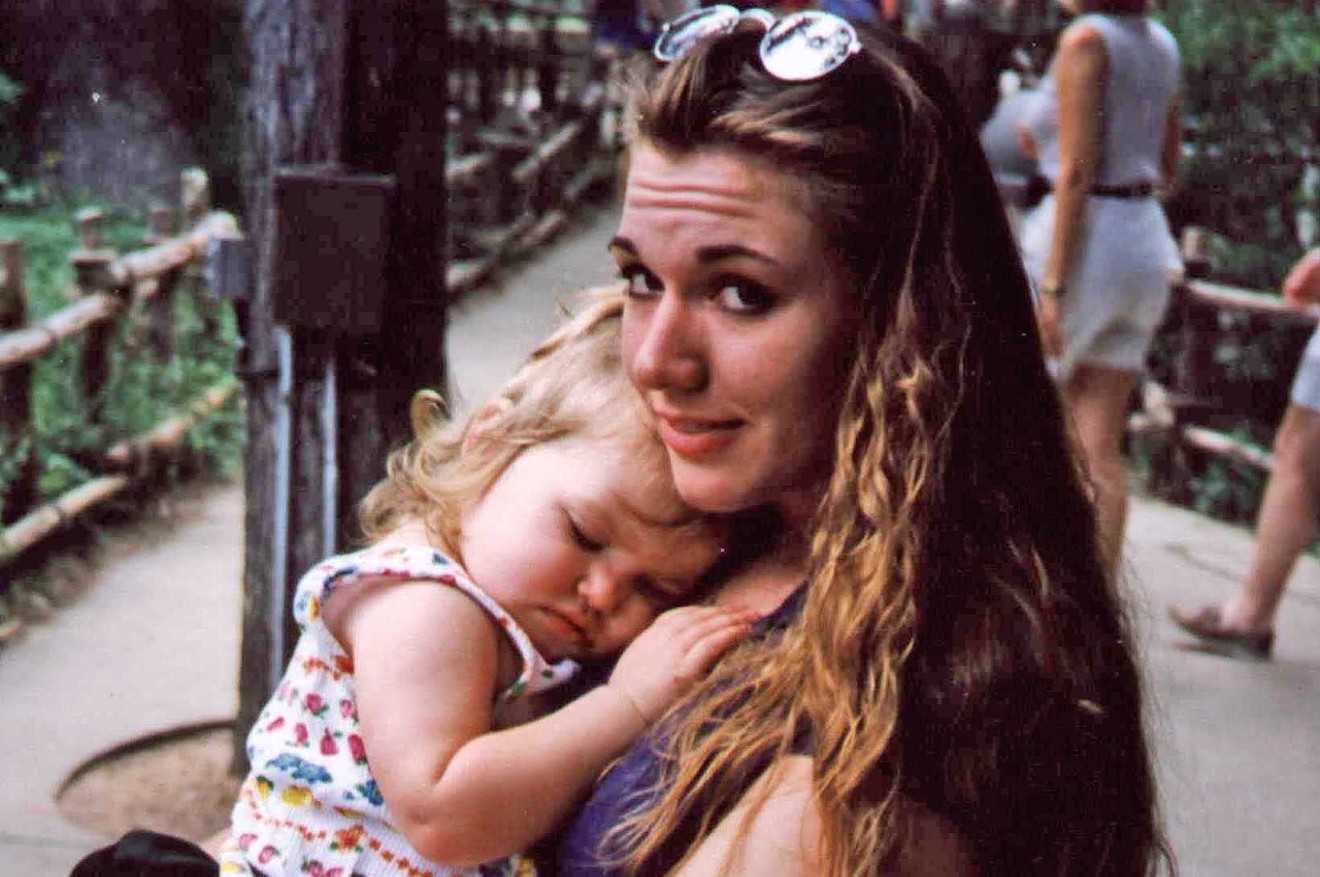 Courtesy of Jan Bynum
Kelli Cox vanished in the late '90s after using a payphone not far from the Denton Police Department to call someone to pick her up because her spare car key wasn’t working. For two decades, her parents didn’t know what happened to her. Then, in February 2016, a truck driver and suspected serial killer named William “Bill” Reece led investigators to his dump site in Brazoria County, where he said Cox’s body could be found.

“Our thoughts and prayers remain with Kelli’s family and friends,” said Denton police spokesman Shane Kizer in a prepared statement. “We are hopeful that the indictment of William Reece will aid in bringing [her parents] closure to this horrible tragedy.”

The last time Jan Bynum saw her then 20-year-old daughter, Cox was going to the Denton Police Department to meet her criminal justice class for a tour of the city jail. She’d been attending the University of North Texas for a couple of years, trying to finish her degree in psychology and hoping to work as a juvenile counselor. The last words Bynum heard her daughter say before she headed out the door were “I love you."

Cox hid a spare car key in a magnetic box underneath her car and locked the rest of her belongings — including her cellphone, which Bynum says the professor would not let her daughter bring into the jail — in the car.

The jail tour ended at noon. Cox quickly left the group because she had to take a test on campus, but when she tried her spare key, it wouldn’t open her car door, Cox stepfather, Nyles Bynum, told the Observer in April 2016.

Cox’s boyfriend called her mother at about 4 p.m. and asked if she had heard from her daughter, who had called him about noon from a payphone at a gas station not far from the police department. Cox’s car was still in the parking lot when he arrived 45 minutes later to help her, but she was nowhere to be found.

“I know the key worked because I tried it the night before,” Bynum says. “There is no reason why that key shouldn’t have worked.”

Reece had been sentenced to 25 years in prison for kidnapping a woman and forcing her to perform sexual acts but was released in 1996 after serving only 10 years. A few months before Cox disappeared, other girls and women began to vanish: 12-year-old Laura Smither, whose body was found in a Pasadena pond in April 1997; 19-year-old Tiffany Johnston, who went missing from the Sunshine Car Wash in Bethany, Oklahoma, her body later found south of Interstate 40 in Canadian County; and 17-year-old Jessica Cain, who vanished after a theater cast party she attended with friends.

In 1998, Reece went back to prison in Texas for aggravated kidnapping after he abducted a Harris County woman, Sandra Sapaugh, two months before Cox’s disappearance. Sapaugh escaped and testified in court, and he was sentenced to 60 years in prison.

Law enforcement officials linked Reece’s DNA to Johnston’s murder in September 2015. After he was charged, Reece began leading investigators to his other victims.