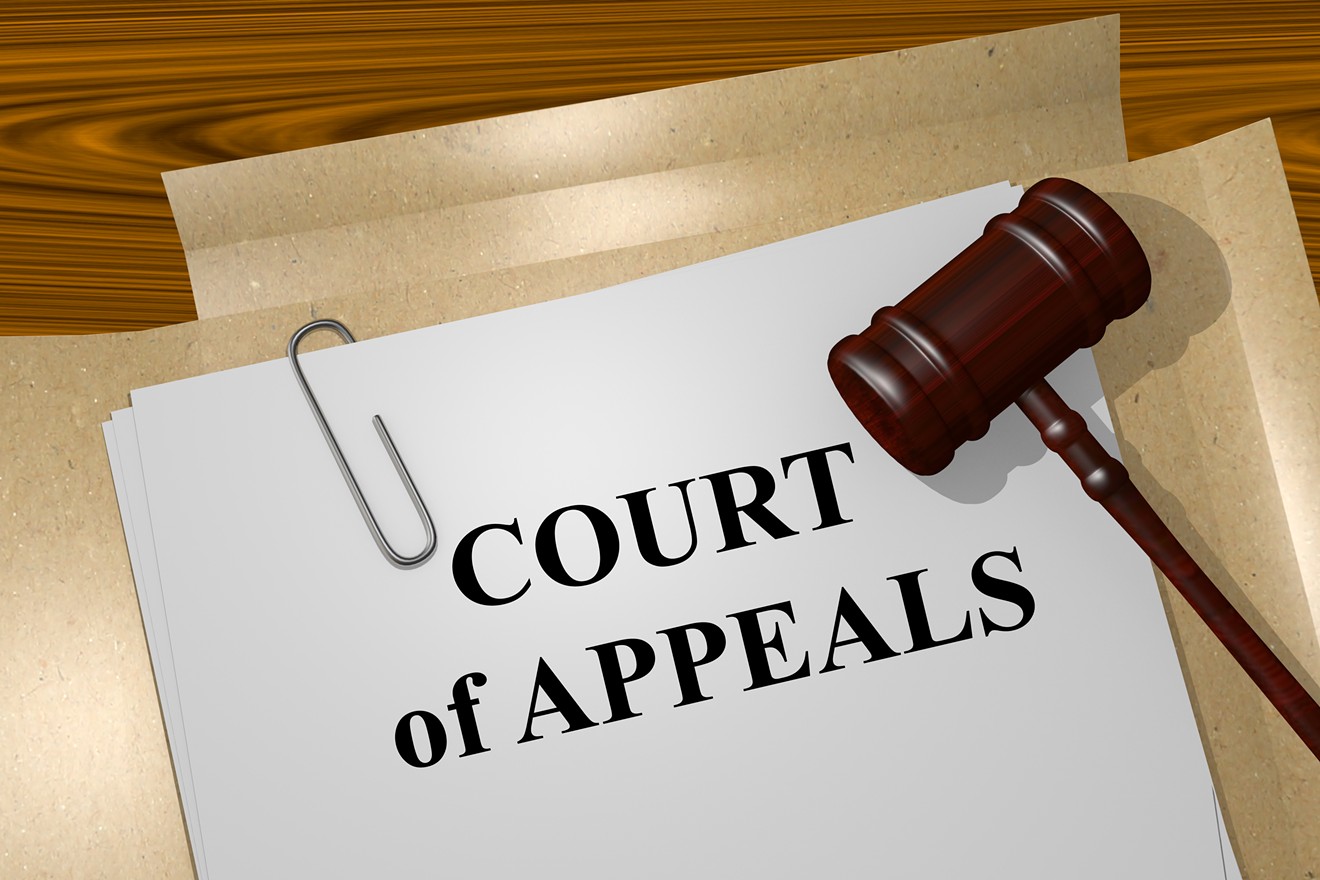 Wooten, talking to reporters after Wednesday's hearing, said her exoneration is bittersweet.

“This has been amazing and wonderful in a way. But it’s as wonderful as being the survivor and being maimed in a plane crash. It’s really hard to have joyous feelings and not put your anger aside as well,” she said.

After the election, Collin County District Attorney John Roach pushed to indict Wooten on charges related to $150,000 received by her campaign manager, James Stephen Spencer. The money came from Stacy and David Cary. Prosecutors alleged that the Carys financed Wooten's campaign in exchange for favorable rulings from the judge in a contentious custody case between David Cary and his ex-wife. Previous rulings in the case, made by Sandoval, did not go Cary's way.

Spencer said the couple paid him for unrelated consulting work.
click to enlarge

Collin County juries convicted both of the Carys, Spencer and Wooten. Stacy Cary was sentenced to 30 days in jail a term she never served due to it being stayed during her appeal; her husband, David, did 19 months in prison; and Spencer served 100 days in Collin County Jail and was placed on 10 years probation. In order to avoid jail time, Wooten gave up the right to appeal her conviction, which forced her to resign her spot on the bench and give up her law license.

In the years that followed the convictions, questions emerged about the process that led to them. As many as six grand juries heard evidence against Wooten, the Carys and Spencer before deciding to indict the four, and no clear link was ever established between the cash and Wooten's campaign. Cary deposited cash into Spencer's account, and Spencer used money from personal accounts to pay for ads and other campaign expenses for Wooten, but Wooten repaid Spencer for those expenses with campaign contributions. Throughout their trials, the Carys maintained that Wooten was a stranger.

In 2015, the Texas Court of Criminal Appeals, the state's highest criminal court, vacated the Carys' convictions, ruling that there was not sufficient evidence presented at trial to find the couple guilty. The state of Texas appealed that ruling, delaying the Carys final exoneration until January 2017

In the wake of that decision, Wooten's longtime attorney, Dallas' Pete Schulte, filed writ of innocence proceedings on Wooten's behalf with the Court of Criminal Appeals. He pointed out that prosecutors never proved there was an agreement between Wooten and the Carys, nor could they show any rulings Wooten made that could've be influenced by the cash.

On Friday afternoon, the court agreed with Schulte, finding that Wooten's conviction "should be vacated, and a judgment of acquittal rendered," on all nine counts for which she was convicted.

"As I have always said since 2009, Judge Wooten did not deserve to be prosecuted for these offenses. The allegations of this political witch hunt were a legal fiction driven by the politics that Collin County has unfortunately become known," Schulte said in a statement after the court's ruling. "Judge Wooten legally and honestly defeated a tyrant of a judge and was a great jurist. Judge Wooten never received any money from the co-defendants and still to this day has never met the people who allegedly had 'bribed her' to run for judge."

Correction — This post has been edited to reflect the fact that Stacy Cary did not actually spend any days in jail due to her sentence being stayed as she appealed her conviction.
KEEP THE DALLAS OBSERVER FREE... Since we started the Dallas Observer, it has been defined as the free, independent voice of Dallas, and we'd like to keep it that way. With local media under siege, it's more important than ever for us to rally support behind funding our local journalism. You can help by participating in our "I Support" program, allowing us to keep offering readers access to our incisive coverage of local news, food and culture with no paywalls.
Make a one-time donation today for as little as $1.