According to Dallas Police Maj. Danny Williams, the first link in the chain of events that led to the girl's death was a dispute between two rappers over a series of "diss" tracks. The rappers — police identified one of them, Tyrese Simmons, as a suspect — got into an argument at the Roseland Townhomes. Simmons turned himself in to Dallas County Jail Thursday night.
click to enlarge 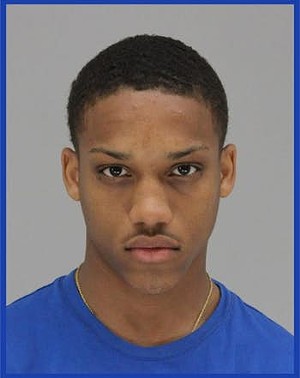 
After bystanders broke up the fight, Williams said, Simmons, 19, returned with a gun, looking for his rival. When Simmons' intended target didn't come to his apartment door, Simmons ran around to the back of the complex, Williams said, and shot into what turned out to be the wrong apartment, hitting Bennett. Police are still looking for additional potential suspects.

And here’s another look at the victim - Brandoniya.
Dallas Police Major Williams says she was scheduled to start school today and just had her nails done yesterday. @CBSDFW pic.twitter.com/DeUwsKq5H0


Police and paramedics rushed Bennett to Baylor University Medical Center, but she died shortly after reaching the hospital.

Community activists gathered at the apartment complex Thursday to call for action.

"When one family hurts, we all hurt," Maurice Ash said. "We have to learn how to live together, to learn how to march together, how to pray together ... We have to stop the gun violence."
KEEP THE DALLAS OBSERVER FREE... Since we started the Dallas Observer, it has been defined as the free, independent voice of Dallas, and we'd like to keep it that way. With local media under siege, it's more important than ever for us to rally support behind funding our local journalism. You can help by participating in our "I Support" program, allowing us to keep offering readers access to our incisive coverage of local news, food and culture with no paywalls.
Make a one-time donation today for as little as $1.