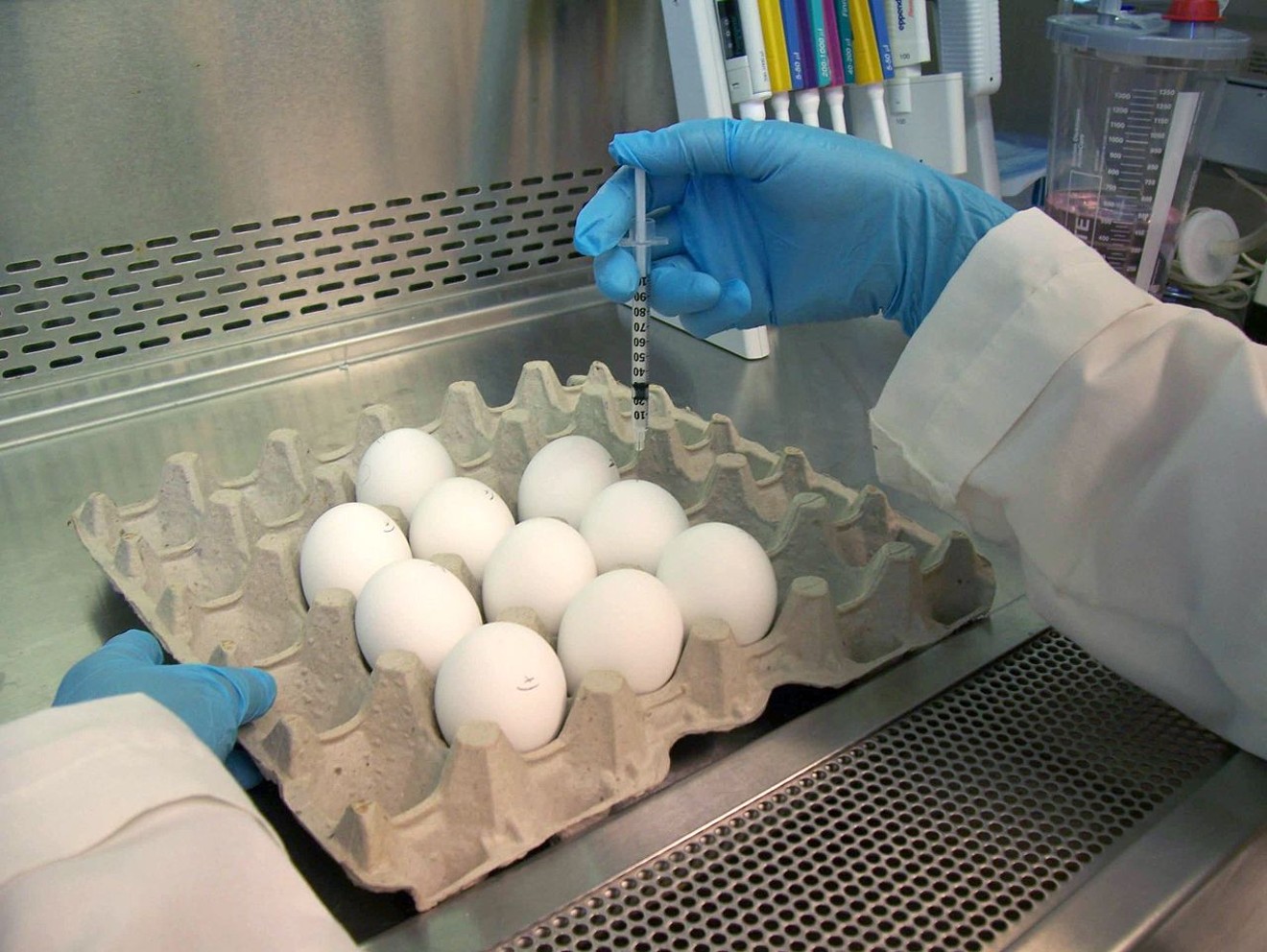 An FDA worker injects eggs with the flu. Eventually materials will be harvested from the eggs to make vaccines. The U.S. Food and Drug Administration
An 8-year-old in Dallas County died recently from complications from the flu, Dallas County Health and Human Services reported Thursday, the first Dallas County child to die from the flu during the 2016-2017 season. Officials are not releasing the child's identity due to confidentiality and privacy laws.

DCHHS Director Zach Thompson said that the death should be "a wake-up call" to Dallas County parents. “We are deeply saddened by this news and our thoughts are with the family and friends of this child,” Thompson said. “Not every child will become this seriously ill from the flu, however it is a wake-up call for everyone to protect themselves and their loved ones. The flu vaccine is still the best method of protection and recommended for everyone six months of age and older."

"Vaccination is especially important for persons at increased risk for complications from flu, including children, adults aged 65 years and older, persons of any age with underlying medical conditions and pregnant women,” Perkins said.

The death announced Thursday is Dallas County's 15th of the 2016-2017 flu season. Adults still needing their vaccine this year can get it at the DCHHS building located at 2377 N. Stemmons Freeway in Dallas. Children's versions of the vaccine are available at all DCHHS vaccination clinics.