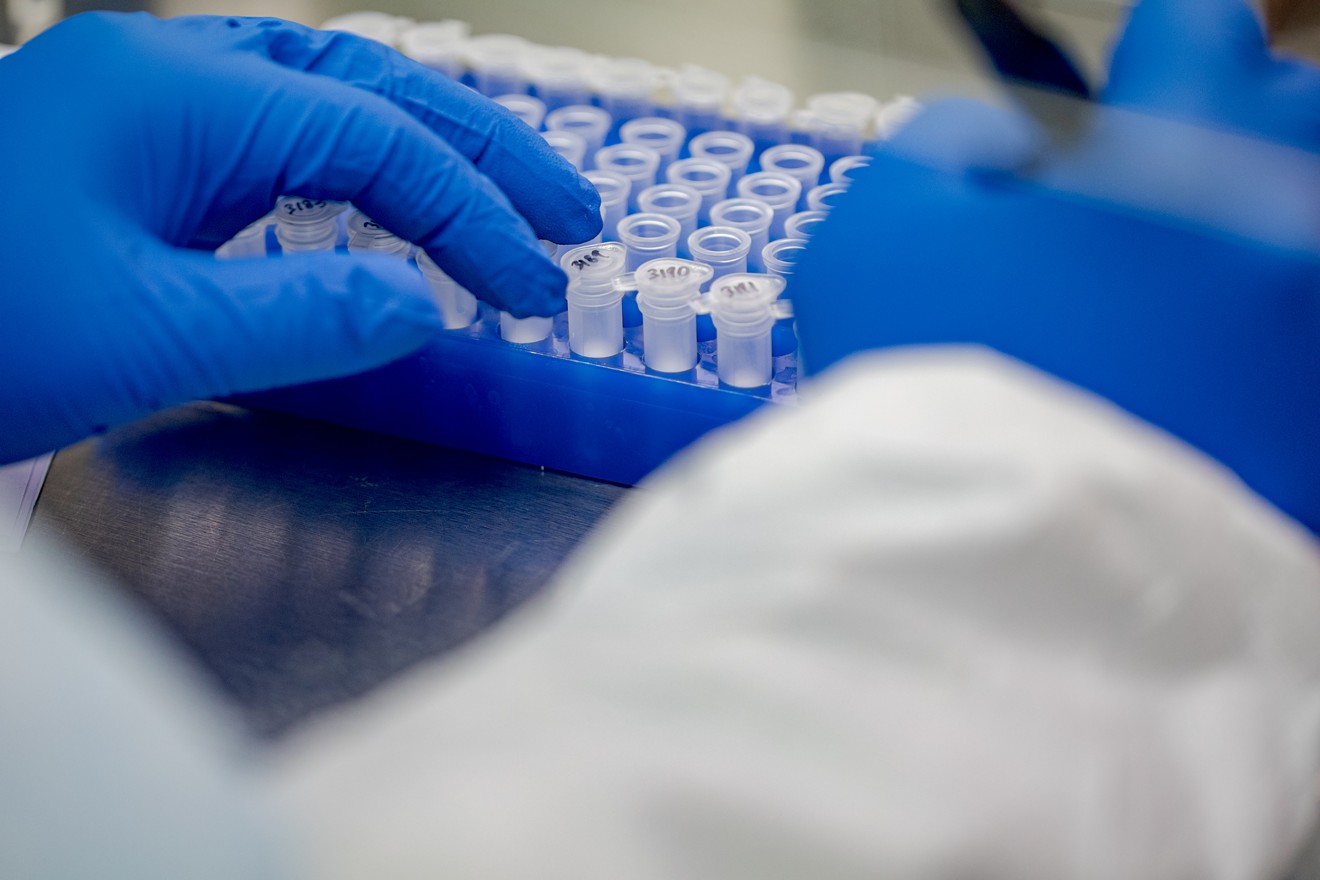 According to Jenkins, the county has not significantly increased testing capacity during the time in which cases have spiked. It has, however, opened testing to all front-line workers regardless of their coronavirus symptoms, or lack thereof.

Jenkins, as he has repeatedly done over the last week, urged Dallas County residents to stay home.


"The local public health community is advising to limit unnecessary visits to stores or group settings and to wear your face covering when you go." — Clay Jenkins

"The local public health community is advising to limit unnecessary visits to stores or group settings and to wear your face covering when you go. It's up to all of us #FlattenTheCurve," he said in a statement.

In addition to announcing the new cases, Jenkins said that he will add to the county's emergency orders later Monday, making some of the suggestions for businesses made by Abbott's office requirements.
KEEP THE DALLAS OBSERVER FREE... Since we started the Dallas Observer, it has been defined as the free, independent voice of Dallas, and we'd like to keep it that way. With local media under siege, it's more important than ever for us to rally support behind funding our local journalism. You can help by participating in our "I Support" program, allowing us to keep offering readers access to our incisive coverage of local news, food and culture with no paywalls.
Make a one-time donation today for as little as $1.