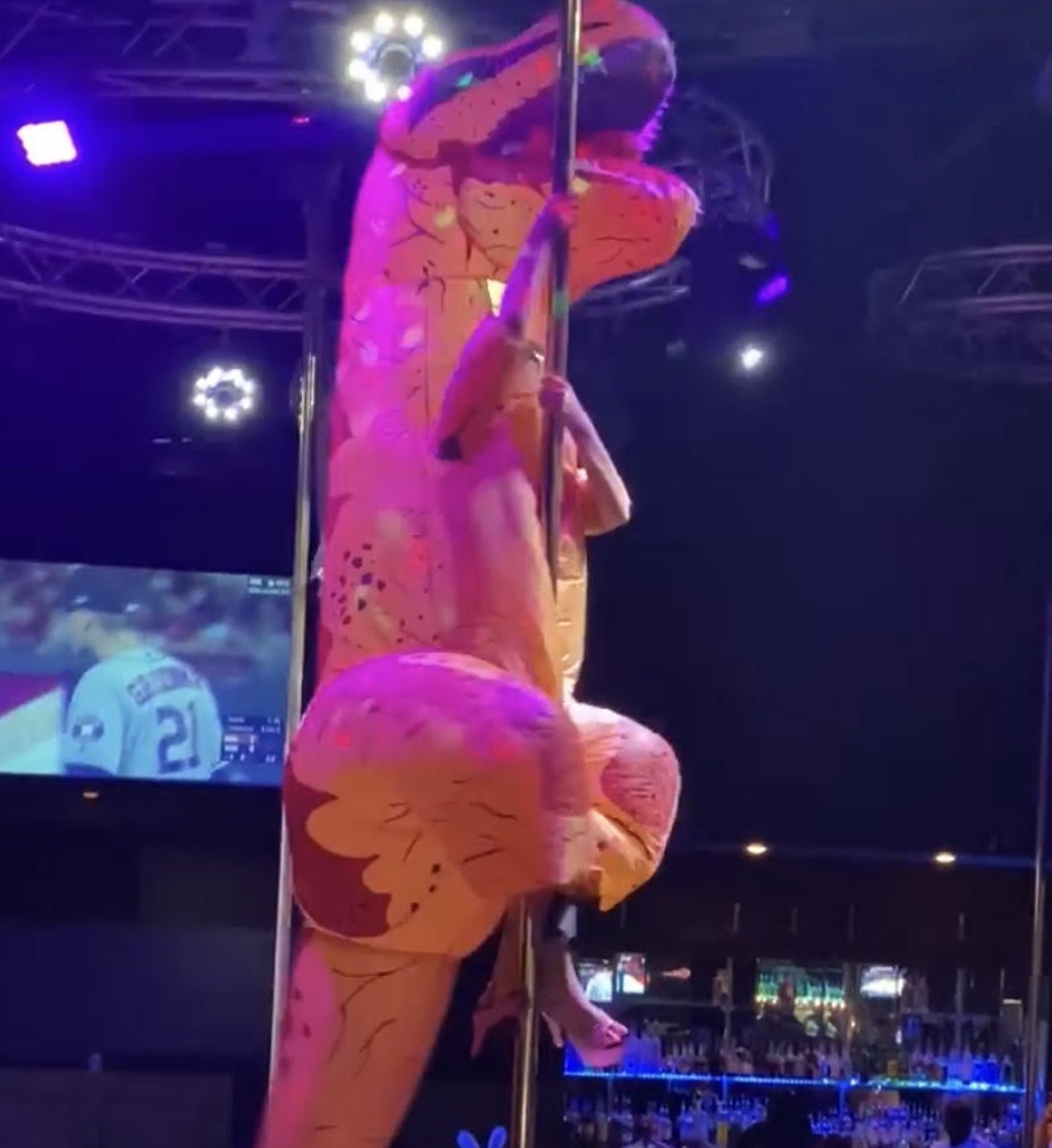 Dallas County wants to shut down strip clubs and cigar lounges, but it's unclear it has the autority. Carlos Sosa

Dallas County Judge Clay Jenkins says numerous complaints have been made about businesses where masks, among other things, cannot be worn all the time. Some of these businesses are bars in every sense of the word, but they’re open and are at risk of spreading the coronavirus. Jenkins called these establishments “super spreaders.”

You might know them as cigar lounges and strip clubs, and Jenkins wants them closed for the pandemic. In fact, Dr. Philip Huang, head of Dallas County's Health and Human Services Department, signed an order intended to close bars, night clubs, adult entertainment venues and cigar lounges, whether alcohol is served or not. While the order went into effect July 24, some strip clubs and cigar lounges remain open. Jenkins says he's been told Health and Human Services is still receiving complaints about these businesses operating.

The question is whether he or anyone in county government can do anything about that.

In late June, Gov. Greg Abbott halted the state's phased reopening, reduced restaurant capacity back to 50% and closed down bars across Texas.

“While the governor closed bars, as defined by businesses that make over 51% of their revenue off liquor, these places make a lot of their money off tips — lap dances, etc.,” Jenkins says. “So, somehow they’ve managed to stay open. We encourage the governor to take action.”

Jenkins says the county is still trying to figure out how to enforce the new order across the board. If establishments under the order refuse to close have liquor licenses, the Texas Alcoholic Beverages Commission can suspend their licenses. The problem is that some of these sexually oriented businesses are BYOB.

When asked what else can be done to enforce the order, besides handing out fines for code compliance violations, Jenkins said that was a question for the lawyers, but it would be helpful if Abbott went back and changed his recent executive order closing bars to include them.

Jeffrey Davis, the owner of Astute Gentlemen Cigar & Barber Lounge, says he and other local cigar club owners don’t know what the new order means for their businesses. Davis says things have slowed down for his lounge since the pandemic began.

When businesses were first shut down, he turned his lounge into a 24-hour, membership-only cigar club and barbershop. He also implemented social distancing, a mask policy and started taking customers' temperatures when they arrive. With this setup, patrons can come in at any time they want. Davis says this makes it easier to keep the number of people in the lounge to a minimum.

“Most times, I only have three or four people in my lounge at a time,” Davis says.

For now, he’s just sitting tight, doing what he’s been doing until someone tells him otherwise.

He says he’s willing to do whatever is necessary to make his lounge safe for his patrons. Instead of putting the order in place, Davis says, he wishes the county would have collaborated with these businesses to make them safe enough to operate.

He says he knows the virus is a serious threat, but people can’t be stopped from congregating. If the cigar clubs are shut down, people are just going to smoke cigars somewhere else.

“It seems like they just want to shut down businesses,” Davis says.

When it comes to adult entertainment venues, Jenkins says several of them have been visited by code compliance officers to enforce the mask order, but to no avail. Since the pandemic began, these venues have gotten creative with how they operate to get around holes in Abbott's closure orders.

In Houston, Vivid Gentleman's Club opened the city's first drive-thru strip club, according to Eater. Dancers dance behind metal barricades while patrons sit in their car, ordering burgers and beer and tipping the performers.

And some have fought back against shutdowns.

In May, Bucks Wild, an all-nude BYOB club with locations in Dallas and Fort Worth, sued the latter city for shutting them down, according to The Dallas Morning News. The business owner argued that it should be treated like a restaurant and allowed to operate at reduced capacity. But the city had it designated as a sexually oriented business and shut it down. The club eventually reached a deal with Fort Worth to stay open as long as their employees stayed clothed, according to The Dallas Morning News.

Bucks Wild’s Dallas location is one of the adult entertainment venues that remain open despite the latest order. The owners could not be reached for comment.

The dancers at these clubs have also been getting creative during the pandemic. According to Forbes, many exotic dancers have taken their talents online. Others turned to the subscription service site Only Fans to become adult content creators.

Chase Kelly, a veteran in the adult entertainment industry, created Survive the Club, which offers success coaching to people in her industry. She told Forbes the online model for adult entertainment work isn't ideal for everyone. She said going online means outing yourself as an adult entertainer. Additionally, she said unemployment benefits aren't an option for some dancers because they are considered independent contractors.

Kelly said while the industry is hurting, it will never go away.

"You can't take us out," she said. "It'll change things for a while, but people will always need entertainment, and sex will always sell, and we are always going to find a stage to dance on."
KEEP THE DALLAS OBSERVER FREE... Since we started the Dallas Observer, it has been defined as the free, independent voice of Dallas, and we'd like to keep it that way. With local media under siege, it's more important than ever for us to rally support behind funding our local journalism. You can help by participating in our "I Support" program, allowing us to keep offering readers access to our incisive coverage of local news, food and culture with no paywalls.
Make a one-time donation today for as little as $1.