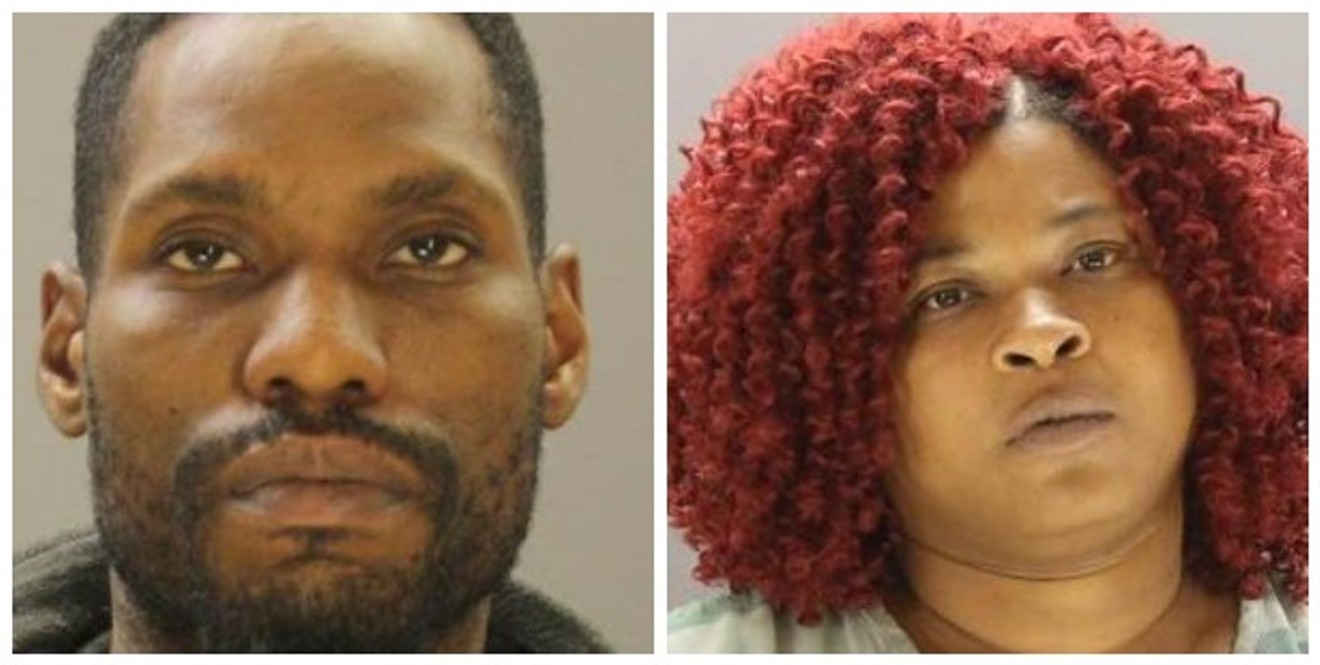 Police officers responded to the Dallas Inn, near Kiest Boulevard and U.S. 67, just after 8 a.m. Sunday morning. A Latino man, still unidentified by police, lay in the office of the motel, bleeding from a gunshot wound. Dallas paramedics transported the man to Oak Cliff Methodist Hospital, where he died from his injuries.

According to DPD and statements made by Pollard to police, Pollard sent a text to Jordan from the man's hotel room early Sunday morning. "I'm in RM [redacted] with a Mexican.. Come knock and rob his ass..Hurry!!," she wrote. According to DPD, surveillance video shows Jordan leaving the room in which he and Pollard were staying at the motel, Room 421, and knocking on the door to the room Pollard was in with the victim shortly after Pollard sent the text.

After either Pollard or the victim opened the door, police say, Jordan entered the room and shot the victim. The victim ran to the motel's office while Pollard and Jordan ran back to their room and left just as police arrived.

A short time later, Pollard returned to the hotel and was arrested by police, who recognized her from the surveillance video. During a search of Pollard and Jordan's motel room, police found a .380 handgun and "ammunition consistent with the type of fired cartridges found in the victim's room."

Police took Pollard to Jack Evans Police Headquarters in The Cedars, where she admitted she was trying to set the victim up, according to police. Later, she recanted that statement and said she was just turning a trick and that the robbery was Jordan's idea. However, police found the text message urging Jordan to rob the victim during a search of Pollard's phone. Pollard also said that Jordan, who was arrested by DPD and booked into Dallas County Jail on Monday afternoon, shot and killed the victim.

Police charged both Jordan and Pollard with capital murder. Pollard's bail is set at $500,000, and Jordan has yet to see a judge.