Taco Not So Bueno: The Biggest Draft Busts of the Jerry Jones Era 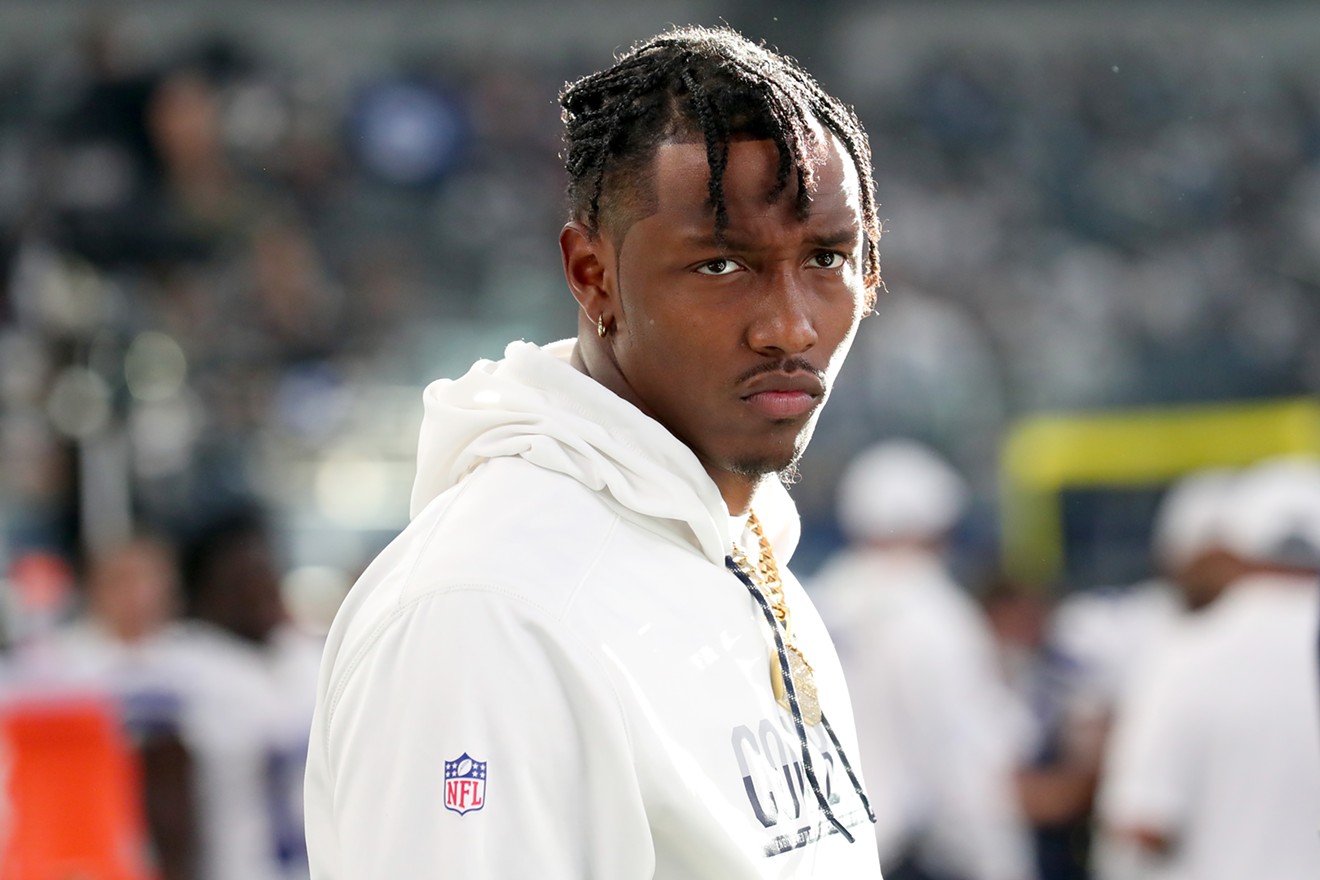 Taco Charlton stands on the sidelines during the Cowboys' Week 1 victory over the New York Giants. Tom Pennington / Getty
Let's start by giving credit where credit's due. For the last seven years, the Cowboys front office has performed spectacularly on draft day. The team's 2019 roster, arguably the Cowboys' most talented of the salary cap era, has been built almost exclusively through the draft, with the exception of Amari Cooper. This week, though, the one glaring exception to the Cowboys' early-round success reared his head, when 2017 first-rounder Taco Charlton pushed his way out of North Texas and to Miami, ending a relationship that's borne little fruit.

With Charlton gone and the Cowboys' game on Sunday against the Dolphins promising little in the way of drama — at last check Dallas was an astounding 22½-point favorite over Miami — we thought we'd take a look at the biggest draft busts since Jerry Jones bought the team in 1989. 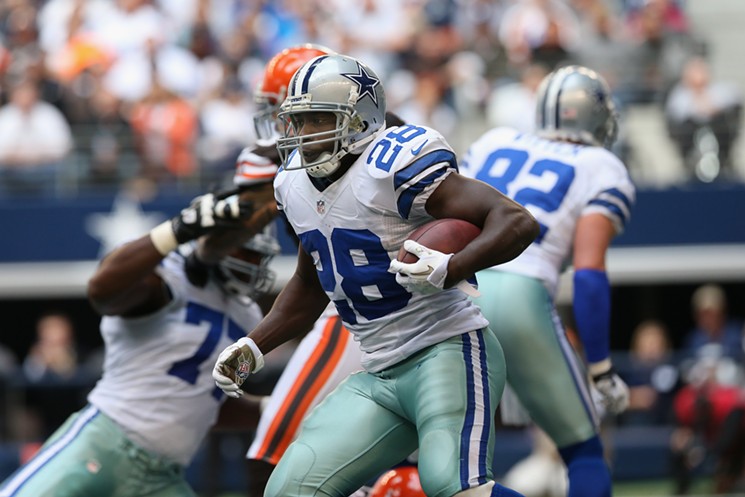 Felix Jones runs the ball against the Cleveland Browns in 2012.
Ronald Martinez / Getty
5. Felix Jones (taken 22nd overall in the 2008 draft out of Arkansas): The Felix Jones pick was Jerry Jones at his worst. The Cowboys owner couldn't pass up the speedster from his alma mater and saddled his coaching staff with a player without the tools to succeed on a regular basis in the NFL. Jones made it six seasons in the NFL — five with the Cowboys and one with the Steelers — never starting more than eight games and never racking up more than 800 yards rushing. Jones' speed and pass-catching ability would've made him a better fit in today's NFL. 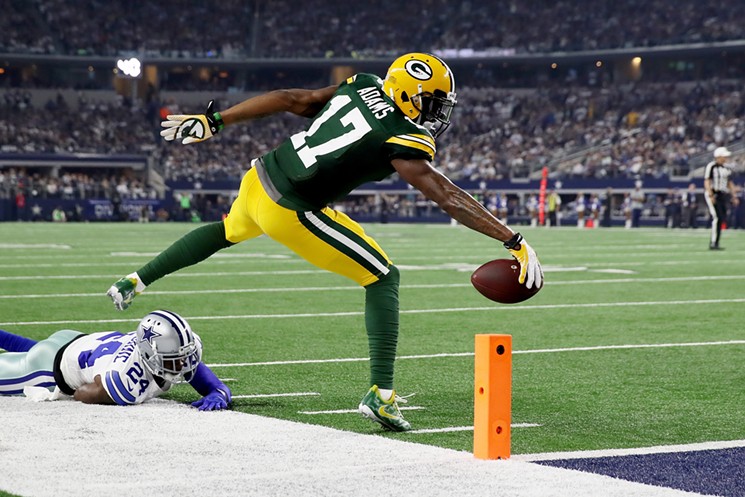 Morris Claiborne tries to stop Davante Adams from scoring during the Cowboys' 2017 playoff loss against the Packers.
Ezra Shaw / Getty
4. Morris Claiborne (taken 6th overall in the 2012 draft out of LSU): Claiborne was supposed to give the Cowboys something they'd lacked since Deion Sanders left the team after the 1999 season — a legitimate No. 1 lockdown corner. The Cowboys traded their second-round pick to move up eight spots to draft Claiborne at No. 6 overall in 2012 and got a player who couldn't stay healthy and, when he could play, was a little above average on his best days. Claiborne totaled four interceptions in five seasons with the star on his helmet, one less than he hauled in during his junior season at LSU. 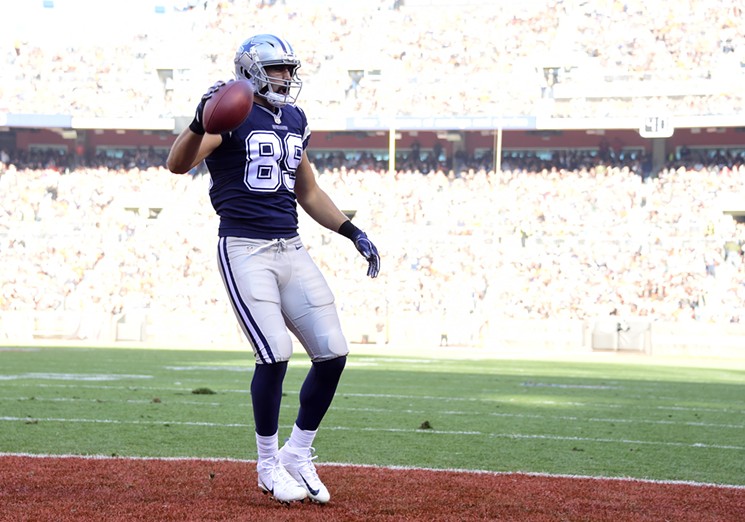 Gavin Escobar celebrates after scoring against the Browns in 2016.
Jason Miller / Getty
3. Gavin Escobar (taken 47th overall in the 2013 draft out of San Diego State): Coming out of San Diego State, Escobar had everything to be the perfect complement to the Cowboys' perennial Pro Bowl tight end Jason Witten. Escobar was, and is, 6-foot-5, showed good hands in college and had the speed to stretch defenses up the middle of field. The on-field product never matched the tools that went into it, however, as Escobar failed to record double-digit receptions in any of his four seasons in Dallas. Escobar played his last NFL game in 2017, with Baltimore. 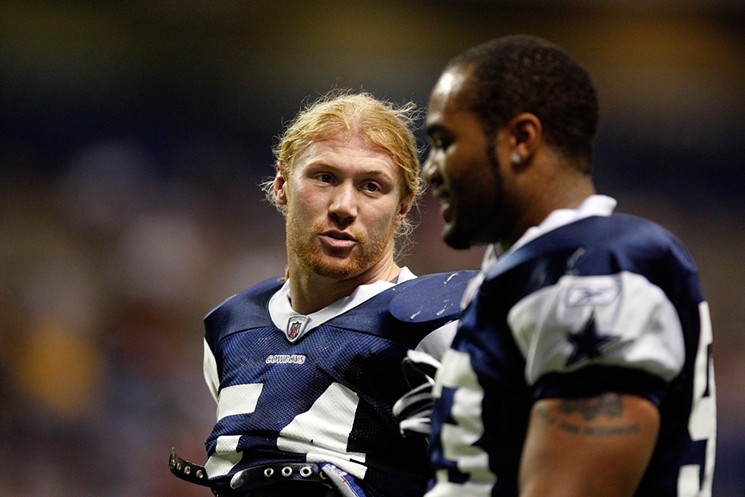 Bobby Carpenter chats with a teammate during Cowboys training camp in 2009.
Ronald Martinez / Getty
2. Bobby Carpenter (taken 18th overall in the 2006 draft out of Ohio State): Despite being drafted in the first round of the 2006 draft, Carpenter made exactly three starts as a member of the Cowboys, recording 3½ sacks, no forced fumbles and no interceptions in four seasons.

Leighton Vander Esch, a linebacker like Carpenter who was selected in the middle of the first round by the Cowboys, like Carpenter, started 11 games, made two interceptions and was named to the Pro Bowl in his first season. 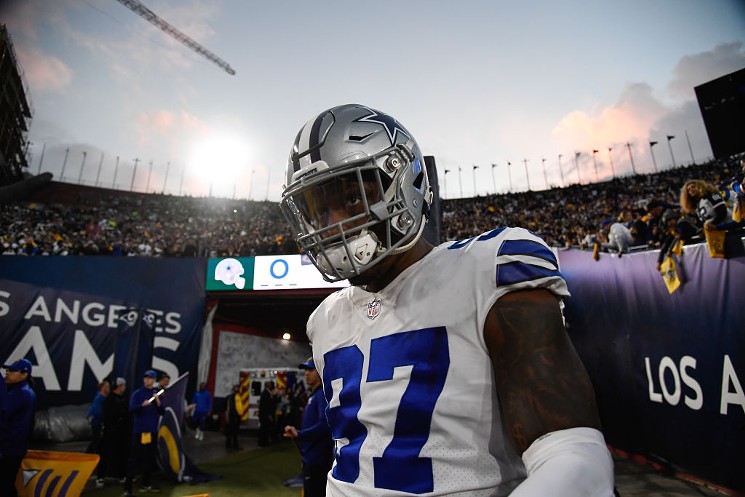 Taco Charlton takes the field ahead of the Cowboys' Jan. 12 playoff game against the Los Angeles Rams.
Kevork Djansezian / Getty
1. Taco Charlton (taken 27th overall in the 2017 draft out of Michigan): Ten years from now, no one's going to remember that Taco Charlton ever played for the Cowboys. Despite being drafted in the first round two years ago, Charlton made no real impact, eventually getting released two years into a third season during which he hadn't played a down. Maybe he'll find playing time on the bad Dolphins team he signed with on Thursday and get his career back on track, but he leaves the Cowboys as an afterthought.
KEEP THE DALLAS OBSERVER FREE... Since we started the Dallas Observer, it has been defined as the free, independent voice of Dallas, and we'd like to keep it that way. With local media under siege, it's more important than ever for us to rally support behind funding our local journalism. You can help by participating in our "I Support" program, allowing us to keep offering readers access to our incisive coverage of local news, food and culture with no paywalls.
Make a one-time donation today for as little as $1.