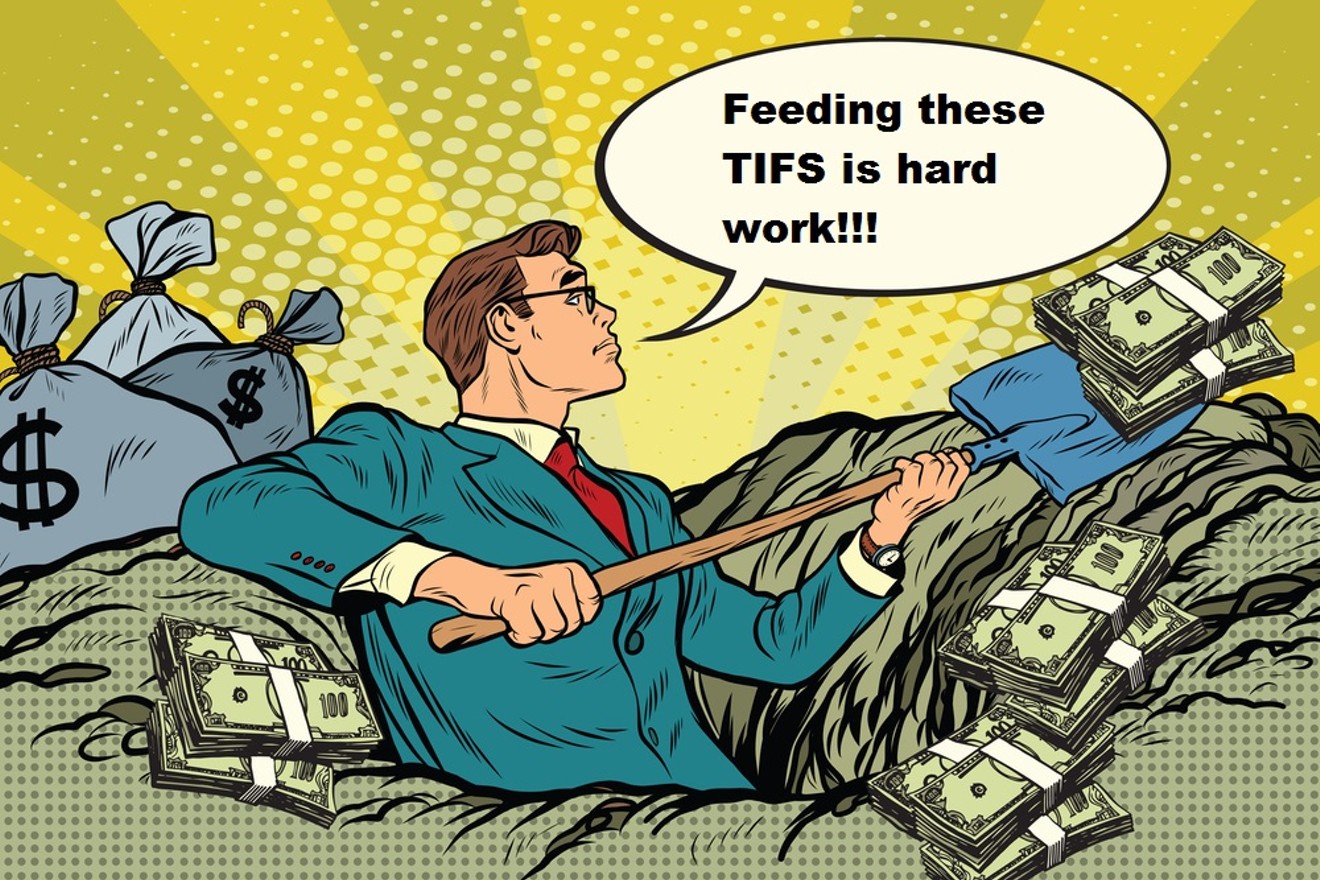 City Hall pumps billions into tax increment districts but never measures what it gets back. studiostoks via Shutterstock

Hey, got kind of side-tracked by my hobby yesterday, hope you don’t mind. I’ll get back in the saddle tomorrow. Kind of frittered away the day on my pastime – trying to guess exactly how screwed up City Hall is.

I mean, we know it’s screwed up. Sure. But how much? Can you even guess? This is what I do for fun. It requires somewhat less athletic ability than golf. I guess.

Yesterday I started with the good news. According to the Dallas Central Appraisal District, the city’s tax base increased by almost $14 billion last year, a boost of more than 11 percent.

And, listen, that wasn’t just the work of little scrubbing-bubble guys from the appraisal district going around town with their legal pads and their pop-bottle spectacles chalking up the values of everybody’s already existing property. Over $2.5 billion or 18 percent of the total increase came from new construction.

So we’re loaded, right? Oh my gosh, 14 with a big old B for billion. No more worries. Oh, well, then that brought me to the dark side of my hobby: If we’re so loaded, how come we’re so poor?

According to the mayor, we can’t afford to fix the police and fire pension fund. The police force is already dwindling down so low we’ll have to start hiring bad guys with guns to protect us pretty soon. Who knows what we do about the fire department. Keep all our valuables in commercial storage units in East Texas, I guess. I won’t need a big one.

We can’t fix the streets. The current plan for streets is to spend enough money so that the streets will continue to become crappy at a slower rate than they would have become crappy otherwise – an approach we could call strategically staged crappiness. Doesn’t sound like the American dream, does it? And on and on.

How can we have an 11 percent boost in the tax base and not be able to pay enough even to maintain the city, let alone make it better? Where does the money go?

I don’t know. But when I am doing my hobby, I do have a favorite place to look – something called tax increment finance districts or TIFS. It’s a very complex subject, and, look, you’re just not going to be able to understand it. I say that because I can’t understand it. So if I can’t, why should you?

But I will try to give it my simplest shot, which will be too simple. You buy a bare lot. It’s worth a dollar. The tax bill on the lot is a penny. You build a house on the lot. It’s worth $9. Now you’re property is worth $10. Your tax bill is a dime.

In a TIF, the developer buys the same lot – one dollar value, one penny tax. He builds a house for nine dollars. But his additional nine cents in tax doesn’t go to the city the way yours does. It goes into a kitty at his local TIF to be spent subsidizing him and other developers.

Ostensibly the TIF district budgets are to be spent on public infrastructure like new streets and sewers required to service the new developments. But in fact that money also is spent on so-called “finish-out” – desks, flat-screen TVs, whatever – so in effect a lot of it just goes back into the pockets of the developers.

Why? TIFS started out as a way to get developers to do developments in bad areas. It’s still a little bit that way, but it gets harder every year to see what was ever wrong with some of the areas where new TIFs get created. Developers right outside the TIF district borders build equivalent projects and pay the full 10 cent tax into the city’s general fund. And it’s also harder to see why we need some of the developments that get built inside the TIFS.

The city manager sent a memo to the City Council recently revealing that all of the TIFs in the city have a combined budget of $3.04 billion to spend on such things. In terms of the apartments that have been built in TIFS, that comes to a subsidy of about $94,000 per unit.

Do we need to spend almost a hundred grand per apartment in order to get more apartments in the city? Well, the one word that no one is ever allowed to say out loud in Dallas because it will call down tornadoes, pestilence and acne on anyone who says it is “glut,” but as Dave Brown reported in The Dallas Morning News last month, 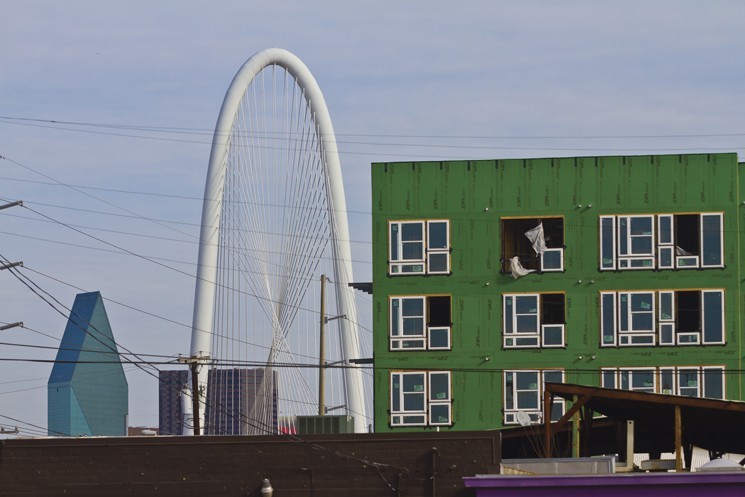 The area in West Dallas at the foot of the new Calatrava fake suspension bridge is a TIF, or tax increment finance district.
Mark Graham
Central Dallas is already the second hottest apartment growth market in the region after Frisco, with 5,600 units under construction in the first quarter of 2017. Dallas/Fort Worth was already the top apartment construction market in the country before starts here jumped another 95 percent in the first two months of the year.

Brown reported that less than 5 percent of apartments are empty in the area, and rents went up 6 percent last year. And, of course, my use of the term, glut, reflects only a gloomy personal perspective on the world. The booming construction market here may instead reflect an organically booming economy.

Taken either way, it still raises the question: Why is Dallas still trimming billions out of its general fund to subsidize apartment construction? If this many people want in anyway, why do we have to pay them to come?

Maybe the pension fund is in trouble and the streets are falling apart because we’re just not doing the bookkeeping the right way. After all, those of us who are not in TIF districts pay for a whole lot more with our taxes than streets, sewers and flat screen TVs. We pay for police, fire, health inspection, code enforcement, the whole nine yards. When we allow the TIF districts to hoard all of their so-called incremental tax revenue to themselves, maybe we are shorting the general fund for the true basic cost of keeping the city on track.

It would be really great for somebody to just look at that some day. We could call in some accountants and have them cost out the whole TIF business for us, just so we could tell how screwed up we are. We’ve never done that. Isn’t that amazing? A $3 billion-plus budget and no one can say if we’re better off or worse for it.

So at the end of my hobby day, I decided the answer to my question – How screwed up is City Hall? – must fall somewhere between not totally, because the city itself is doing pretty well, and quite, because City Hall itself definitely is not.