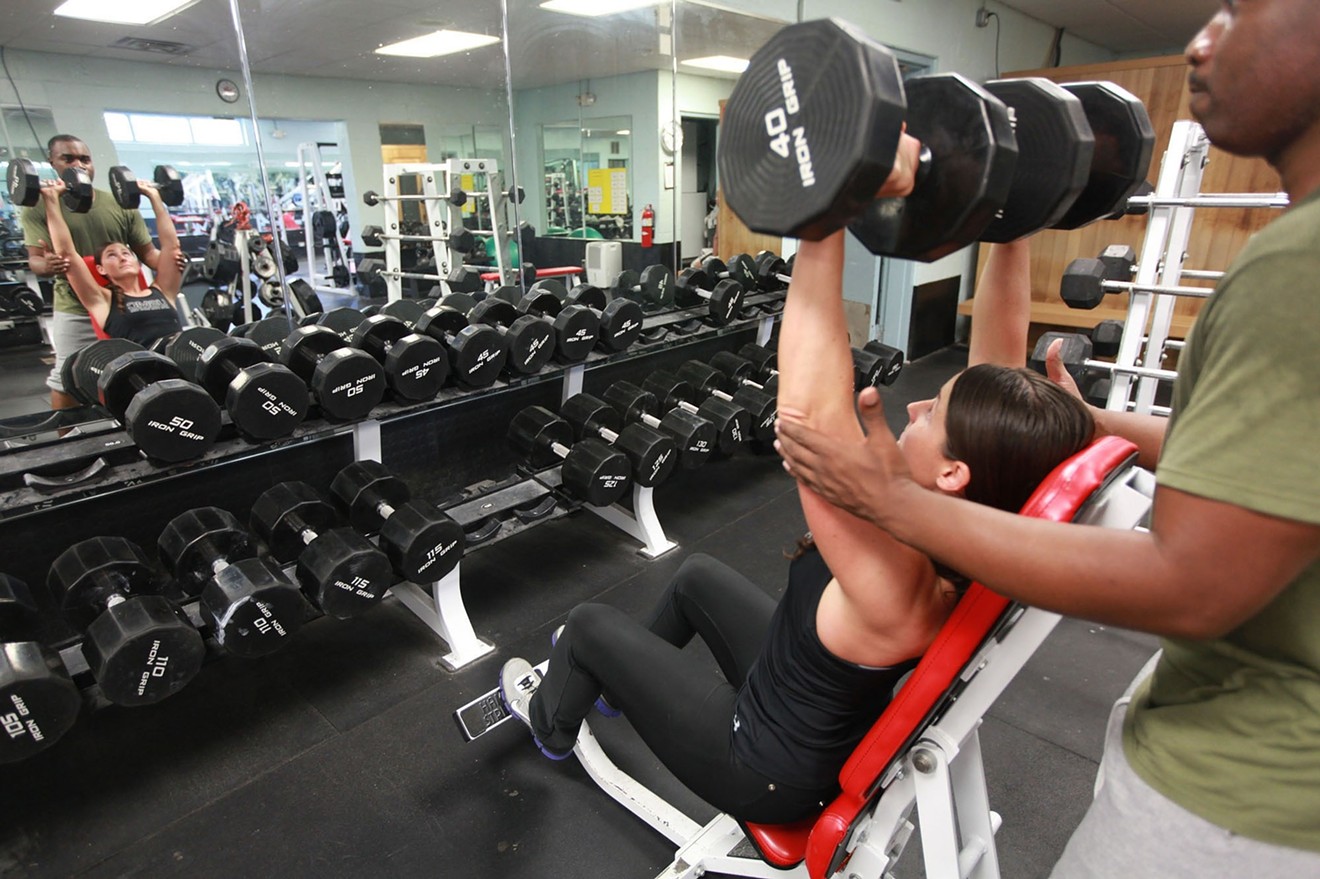 Gyms across Texas were allowed to reopen partially Monday. Pixabay
As Texas eased another round of coronavirus restrictions Monday, people across the Dallas-Fort Worth area — some of them, at least — headed to the gym.

Gyms and fitness centers were allowed to reopen Monday with a number of precautions in place, including operating only at 25% occupancy, keeping at least 6 feet of space between patrons and closing locker rooms and showers.

Kelley Gray, founder and CEO of Trophy Fitness, said about half as many people were at the gym's three locations Monday morning as would be there on a typical day. The gym had been closed since March 17. During the shutdown, the company repainted and cleaned its gyms and bought electrostatic sprayers to disinfect surfaces. The company also bought new equipment like dumbbells that gym goers touch often.

On Monday, sanitizing wipes and cleaning solutions were placed in several spots across all three of the gym's locations, Gray said. Signs around the gyms reminded people to clean equipment after they used it, and extra staff were on duty to make sure everyone was following the rules. For the most part, he said, they were.

Gray said the gym's staff is working to make sure people see that the company has a plan for keeping them safe and to make sure gym users follow that plan.


"They know when they walk in, if they don't follow the plan, they'll be asked to leave." - Kelley Gray, Trophy Fitness

"They know when they walk in, if they don't follow the plan, they'll be asked to leave," he said.

Gray said his company was able to keep about 80% of its staff working during the shutdown, but other businesses weren't as lucky. Gold's Gym, an international fitness chain headquartered in Oak Lawn, announced last month that it was permanently closing both of its Dallas locations. Then, earlier this month, the company announced in a statement on its website that it was filing for Chapter 11 bankruptcy protection.

"The global COVID-19 pandemic spurred us to take immediate action, including the difficult but necessary decision to permanently close about 30 company-owned gyms, to maintain the strength and growth of the potential of the brand as well as ensure the continued viability of the company for decades to come," the statement read. "We have been working with our landlords to ensure that the remaining company-owned gyms reopen stronger than ever coming out of this pandemic."

But YMCA locations opened Monday elsewhere in the state. Joey Gonzalez, a student at Dallas Baptist University, is back home in San Antonio. On Monday, he went to the Schertz Family YMCA to work out. The center's staff seemed to be taking precautions, Gonzalez said. They took his temperature and asked him questions about how he was feeling before he was allowed in. There was hand sanitizer outside the entrance and gloves and more hand sanitizer on a table just inside the door.

The gym's locker rooms and water fountains were closed off, and if gym patrons wanted to use towels or mats, they had to bring their own, Gonzalez said. Masks were optional, and Gonzalez said he saw only a small handful of people wearing them.
KEEP THE DALLAS OBSERVER FREE... Since we started the Dallas Observer, it has been defined as the free, independent voice of Dallas, and we'd like to keep it that way. With local media under siege, it's more important than ever for us to rally support behind funding our local journalism. You can help by participating in our "I Support" program, allowing us to keep offering readers access to our incisive coverage of local news, food and culture with no paywalls.
Make a one-time donation today for as little as $1.