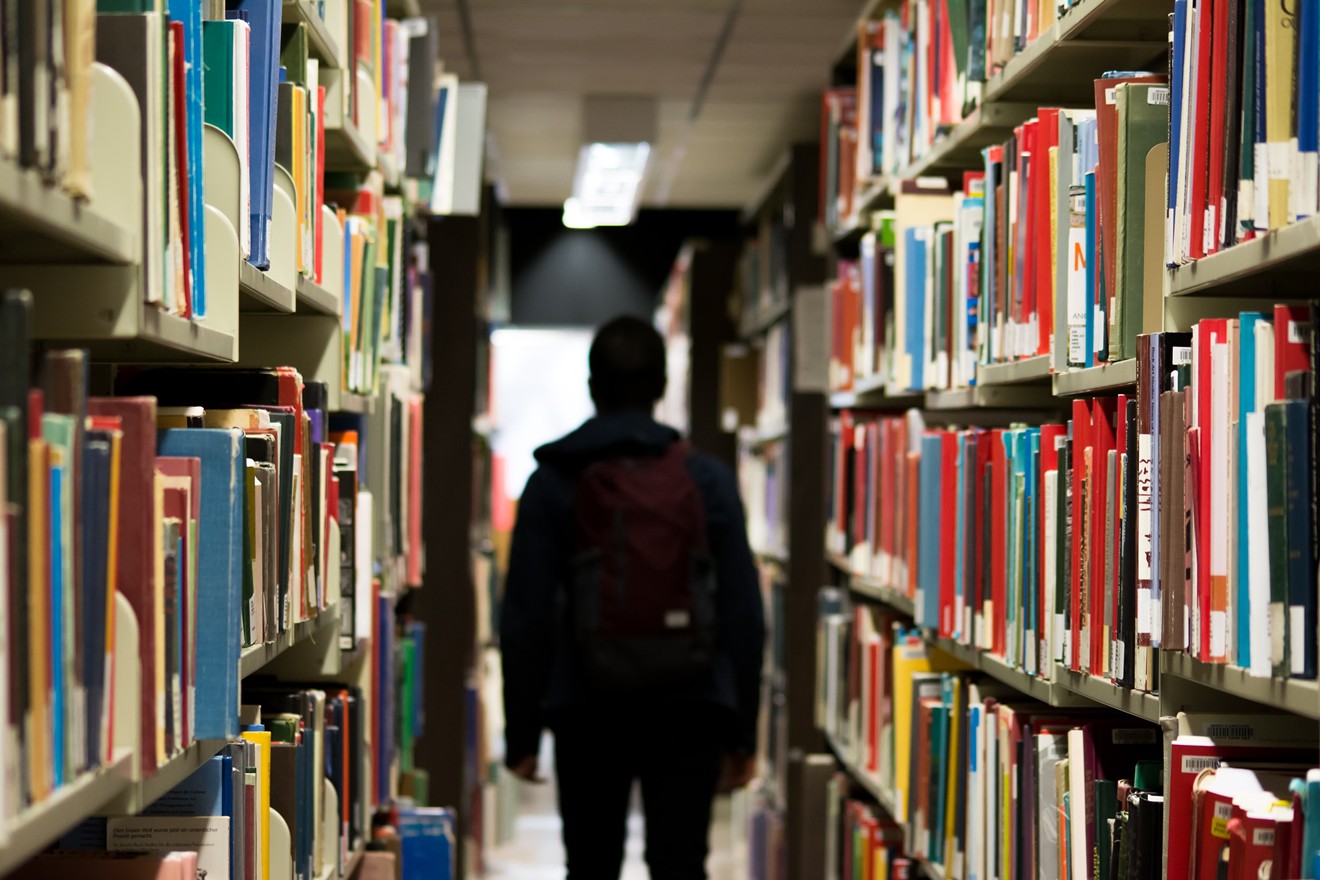 Dallas ISD is working to make schools safer. Photo by Redd on Unsplash
One morning in May 2018, a student entered his high school in Santa Fe, a small city near Galveston, with a shotgun and a handgun tucked in his trench coat. He opened fire on an art class, killing 10.

Gov. Greg Abbott initially said the suspected shooter displayed few warning signs, but classmates claimed that he’d been bullied, according to The Associated Press. Later, news outlets reported that Dimitrios Pagourtzis, 17, had also left a trail of inflammatory social media posts ahead of his killing spree.

In a news release earlier this week, Dallas ISD announced it’s rolling out the Say Something Anonymous Reporting System for schools with grades 6 to 12. It allows students to anonymously report school threats, such as potential shootings and bullying, as well as personal crises like self-harm.

“Students are grappling with all kinds of challenges since the onset of the pandemic,” Dallas ISD Deputy Superintendent Susana Cordova said in a news release. “We believe it is also our responsibility to help identify behaviors before they escalate into problems, and the [Say] Something model does that, ultimately preventing serious acts from ever occurring.”

Tipsters can report their concerns via a website, mobile app and phone hotline on any day of the year, at any time. Say Something's crisis center is unique because it's the only one at a national level focused specifically on schools. School representatives are alerted of credible life-threatening tips that demand immediate intervention.

When the threat is imminent, local 911 dispatch is notified and law enforcement becomes involved, according to the release. The hope is that such anonymous tips will prevent bullying, suicides and school shootings.

"There is a crisis out there with so many youth right now." – Nicole Hockley, co-founder and CEO of Sandy Hook Promise

“We were hearing from kids, especially in large cities, that they really liked Say Something, but they didn’t always feel comfortable talking to a trusted adult,” Hockley said. “They wanted to remain anonymous; they were afraid that they might get in trouble or get someone else in trouble.”

Sandy Hook Promise notes that warning signs were present in nearly every single documented school shooting. At least one person with knowledge of a school shooter's plan neglected to report it in four out of five cases.

Texas is home to one of the highest numbers of such occurrences, according to World Population Review. Since 1970, the Lone Star State has seen 135 school shootings, making it the state with the second-highest number behind California’s 164.

Hockley said more than 200 Texas schools have adopted Say Something’s Anonymous Reporting System, which is provided to districts free of cost, and that it’s been proven to work.

Around 112,000 tips have been fielded since they launched in 2018, resulting in more than 2,700 mental health interventions, she said. They’ve also facilitated interventions on more than 60 acts of violence with a weapon on school property, including seven credible planned school shootings.

Hockley also estimates that the system has saved at least 296 students from taking their own lives, adding that suicide became the No. 1 reported tip during the pandemic.

The pandemic's toll on mental health is something we’ll learn about for years to come, she continued. “There is a crisis out there with so many youth right now,” Hockley said, “and I’m grateful that there are tools like the Say Something Anonymous Reporting System so that they have places to go, people to talk to and they know that they’re going to get the help that they need.”
KEEP THE DALLAS OBSERVER FREE... Since we started the Dallas Observer, it has been defined as the free, independent voice of Dallas, and we'd like to keep it that way. With local media under siege, it's more important than ever for us to rally support behind funding our local journalism. You can help by participating in our "I Support" program, allowing us to keep offering readers access to our incisive coverage of local news, food and culture with no paywalls.
Make a one-time donation today for as little as $1.