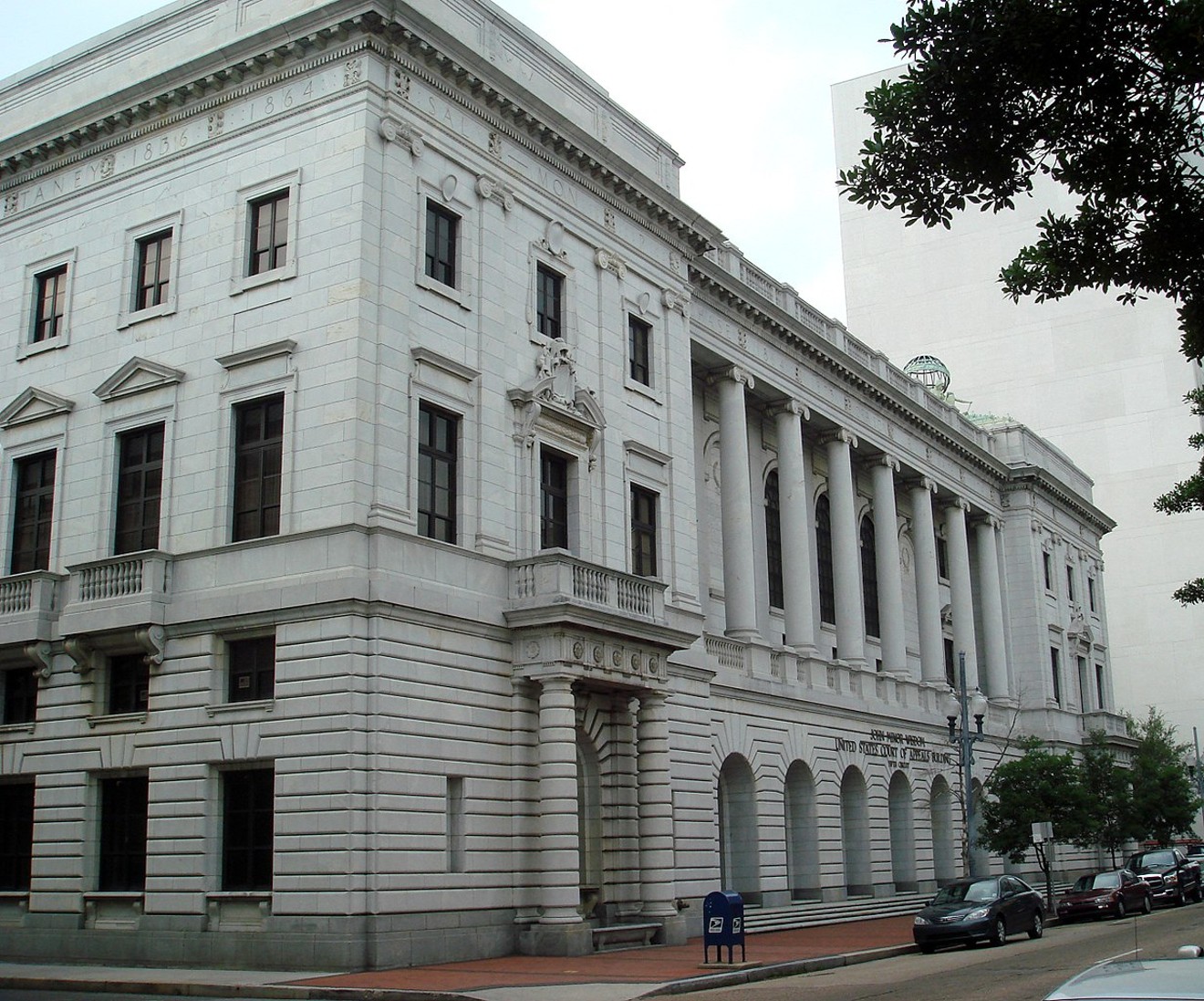 The John Minor Wisdom U.S. Courthouse is home to the 5th U.S. Circuit Court of Appeals. Bobak Ha'Eri
James Ho, the Dallas attorney confirmed by the Senate on Thursday for a seat on the 5th U.S. Circuit Court of Appeals, is staunchly conservative but isn't in lockstep with President Donald Trump ideologically, says Chad Ruback, a Dallas-based appellate lawyer who's crossed paths many times with Ho.

Ho, appellate attorney and former Texas solicitor general, was confirmed on a 53-43 vote. He heads the appellate practice at Gibson, Dunn & Crutcher's Dallas office and has served as counsel to Sen. John Cornyn, in addition to clerking for Supreme Court Justice Clarence Thomas. The 5th Circuit covers federal courts in Texas, Louisiana and Mississippi.

"[Ho] and Trump couldn't have views that are more dissimilar with regard to [Ho's] pet issue," Ruback says. "[Ho] has had a serious scholarly interest in the issue of birthright citizenship ever since he got out of law school. He and President Trump could not possibly be more opposed on that issue."

Ho, who immigrated to the United States from Taiwan as a child, is a staunch advocate for the rights of all children born in the United States, regardless of the identities of their parents. “Birthright citizenship is a constitutional right, no less for the children of undocumented persons than for descendants of passengers of the Mayflower," Ho wrote in a 2007 column for the Des Moines Register.

Throughout his campaign for the presidency, Trump alluded to the fact that he'd like to end birthright citizenship, frequently deriding the children of immigrants as "anchor babies," and calling the practice the "biggest magnet for illegal immigration."

In addition to Ho's private-sector work and advocacy for birthright citizenship, he is perhaps best known for writing a memo cited in the 2002 "Bybee memo," the document used by then-President George W. Bush's administration to justify the use of torture against terror suspects. According to reporting by Pro Publica, Ho's memo, which hasn't been released because attorney-client privileges, argued that international treaties didn't apply to prisoners of the United States' war on terror.

Despite Ho's background in the Bush administration, Ruback, a liberal, says that Ho is the best type of judicial nominee the Trump administration could offer.

"[Ho] makes up his own mind. He's an independent thinker. While, more often than not, his reasoning may lean to the right, [Ho] is a very palatable conservative in that he's not going to do something just because his party tells him to," Ruback says. "That's the best possible nominee we could get from a President Trump."

When he takes his seat on the bench, Ho will join Catharina Haynes as the second Dallas-based judge on the 5th Circuit. The spot on the court has been vacant since 2013 because the Senate refused to confirm many judicial nominations made by President Barack Obama. Ho is the 12th confirmed Trump nominee to a circuit court.