Dallas Gets Sued: A Recent History

It was never against the law for Robert Groden to sell books, CDs and magazines in Dealey Plaza. Mark Graham
Thursday afternoon, Dallas got hit with a punch that's been on its way for long time. A Dallas County jury found that the city, thanks in large part to former city manager Mary Suhm, owes drilling company Trinity East somewhere between $23 and $33 million for accepting $19 million from the company in exchange for the right to frack underneath Dallas parkland and then voting not to allow fracking underneath Dallas' parkland.

The lawsuit, and the coming payout, is just the latest in a long line of settlements and verdicts that haven't gone Dallas' way. Sometimes, the city just gets beat. Other times, it shoots itself in the foot.

Let's take a look back:

1. The police pay forever war: In 1979, a Dallas ballot referendum gave each of the city's first responders a 15% raise. In addition to the raise, voters approved language that called for "maintaining the current percentage pay differential between grades in the sworn ranks."

When the city later gave some higher-ranking officers bigger raises than the Dallas Police Department or Dallas Fire Department's rank and file, it got sued. Dallas argued that the 1979 referendum applied to only that year's approved raise. The plaintiffs in the cases argued that it applied to every subsequent raise given to police and firefighters.

After decades of legal wrangling, Dallas and its police and firefighters settled the suit, avoiding a verdict that could have bankrupted the city. Still, the cost of the settlement — $235 million — was staggering.

Here's the Observer's interview with then City Attorney Larry Casto in the settlement's aftermath.

In 2017, the city finally paid Groden $25,000 to drop a civil rights lawsuit. It could've set the money on fire instead and the whole thing would've been less stupid.

J. Handy, founder of the Exxxotica pornography and adult industry expo, sued the city for not letting his roadshow come back to the convention center after a successful and largely uneventful three-day run at Dallas' Kay Bailey Hutchison Convention Center in 2015.

A screen grab from dash-camera footage shows Senior Cpl. Amy Wilburn run up to a car, unholster her weapon and shoot Kelvion Walker once in the stomach. He was unarmed and still had on his seat belt.
Dallas Police Department YouTube page
4. Bad police shootings: Over the last five years, according to a recent KTVT investigation, Dallas has spent more than $10 million settling police misconduct lawsuits. In its most recent settlement, the city paid Kelvion Walker $610,000 after Dallas Police Department officer Amy Wilburn shot him as he sat in a car with his hands up, according to witnesses.

Protesters at the opening of the George W. Bush Presidential Library in 2013
Danny Fulgencio
5. The Bush library gets the city in hot water: In May 2013, George W. Bush's presidential library opened at SMU. Naturally, that led to protests outside the facility. Dallas cops arrested and ticketed the protesters for exercising their constitutional rights — you should be sensing a pattern here — and the city had to pay more than a quarter-million in attorneys' fees two years later.

The judge in the case also fined and sanctioned the Dallas City Attorney's Office for failing to be cooperative during discovery. 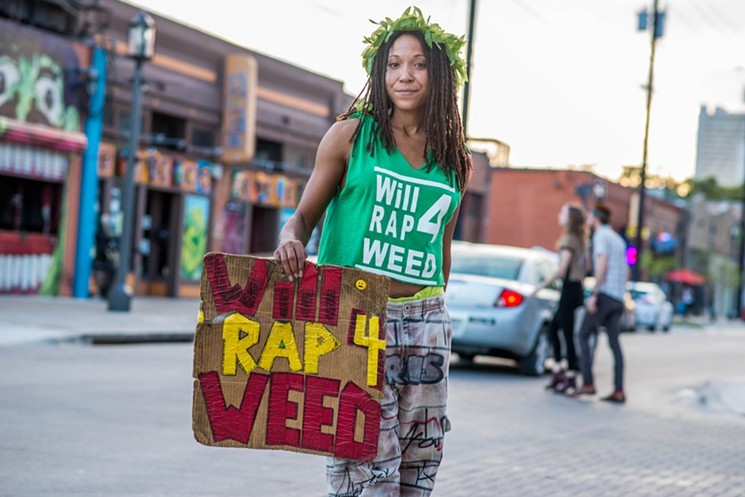 7. City finds out the hard way that feeding those in need is a constitutional right: Way back in the aughts, the City Council thought it would be a good idea to ban charity groups from feeding the homeless in anywhere but city-designated areas.

Big Heart Ministries and Rip Parker Memorial Homeless Ministry sued the city in March 2007. In 2013, a judge ruled that the city had violated the groups' rights under the Texas Religious Freedom Restoration Act. Dallas ended up with a $250,000 bill for their trouble.

Let us know in the comments if you've got a favorite we missed.
KEEP THE DALLAS OBSERVER FREE... Since we started the Dallas Observer, it has been defined as the free, independent voice of Dallas, and we'd like to keep it that way. With local media under siege, it's more important than ever for us to rally support behind funding our local journalism. You can help by participating in our "I Support" program, allowing us to keep offering readers access to our incisive coverage of local news, food and culture with no paywalls.
Make a one-time donation today for as little as $1.