Terdema Ussery Tusseryiii
Former Mavericks President Terdema Ussery, a driving force in the team's front office for almost two decades, repeatedly harassed, demeaned and made unwanted advances toward multiple team employees before his departure from the club in 2015, a report released by Sports Illustrated on Tuesday night claims.

Another team employee, Mavs.com beat writer Earl K. Sneed, reportedly beat two women, including a fellow Mavericks employee, without any consequences from the organization, the report says. The Mavs fired Sneed on Tuesday, according to a statement from the team.

The Sports Illustrated piece begins with a vignette from the Mavericks' 2010-11 championship season. Ussery, once viewed as one of the league's bright young executive stars, perhaps even a future NBA commissioner, approaches a Mavericks support staff employee eating dinner in the American Airlines Center's media dining room and tells her he knows what she's doing over the weekend.

“You’re going to get gang-banged,” he told the woman, according to Sports Illustrated. “Aren’t you?”

“No,” the woman responded. “Actually, I’m going to the movies with friends.”

The behavior was nothing new for Ussery, according to women with the Mavericks organization who told the magazine about numerous instances of being propositioned for sex and inappropriately touched by Ussery.

Shortly before Sports Illustrated dropped its article, the Mavericks released a pre-emptive statement, announcing an investigation into the team's front-office culture and treatment of women. Until the investigation is complete, the team says, it will not make any additional comments.

"The Mavericks organization takes these allegations extremely seriously," the statement says, in part. "Yesterday we notified the league office and immediately hired outside counsel to conduct a thorough and independent investigation. The investigation will focus on the specific allegations related to this former employee, and will look more broadly at our company's workplace practices and policies."

In a statement to the magazine, Ussery accused the women making the accusations against him of lying.

“I am deeply disappointed that anonymous sources have made such outright false and inflammatory accusations against me,” Ussery said Tuesday. “During my career with the Mavericks, I have strived to conduct myself with character, integrity and empathy for others." 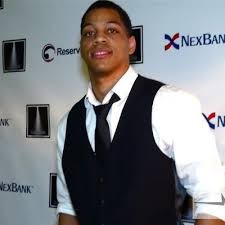 
Before clamming up Tuesday, Mavericks owner Mark Cuban told Sports Illustrated that he was embarrassed of the allegations made against Ussery and Sneed but had no prior knowledge of their behavior or, in Sneed's case, criminal record. Sneed pleaded guilty to a misdemeanor family violence charge stemming from an incident during which he "sat on top of [an ex-girlfriend] and slapped her on the face and chest.” Later, he assaulted a fellow Mavericks employee with whom he was engaged in a romantic relationship, according to Sports Illustrated.

Sneed also issued a statement Tuesday. In it, he says that the Mavericks were aware of his history and made him sign a contract agreeing to avoid one-on-one interaction with female co-workers.

"While both instances described in the report are damning and language used is not accurate, the two relationships described in the report are not something I am proud to have been a part of. I underwent much counseling after both situations, under the direction of [Mavs vice president of human resources] Buddy Pittman, and I feel like I grew from that counseling," Sneed said. "I also signed a contract stating that I would not have one-on-one contact or fraternize with female employees after the inaccurately described incident with my female co-worker, who was a live-in girlfriend. I abided by the details of that contract for four years, and received counseling during that period to avoid future instances."

In addition to firing Sneed, the Mavericks have suspended Pittman, who's singled out in Tuesday's report for turning a blind eye to complaints made by female Mavs staffers.

"An employee [Pittman] whose job was to receive and investigate such complaints and report them accurately and fully, has been suspended pending the conclusion of our investigation," the team said.

No Mavericks players or coaches are implicated in the story. In fact, female employees identified the team's locker room as a safe haven from the misogyny in the front office.

“I dealt with players all the time. I had hundreds of interactions with players and never once had an issue … they always knew how to treat people," one woman told Sports Illustrated. "Then I'd go to the office and it was this zoo, this complete shitshow. My anxiety would go down dealing with players; it would go up when I got to my desk.”