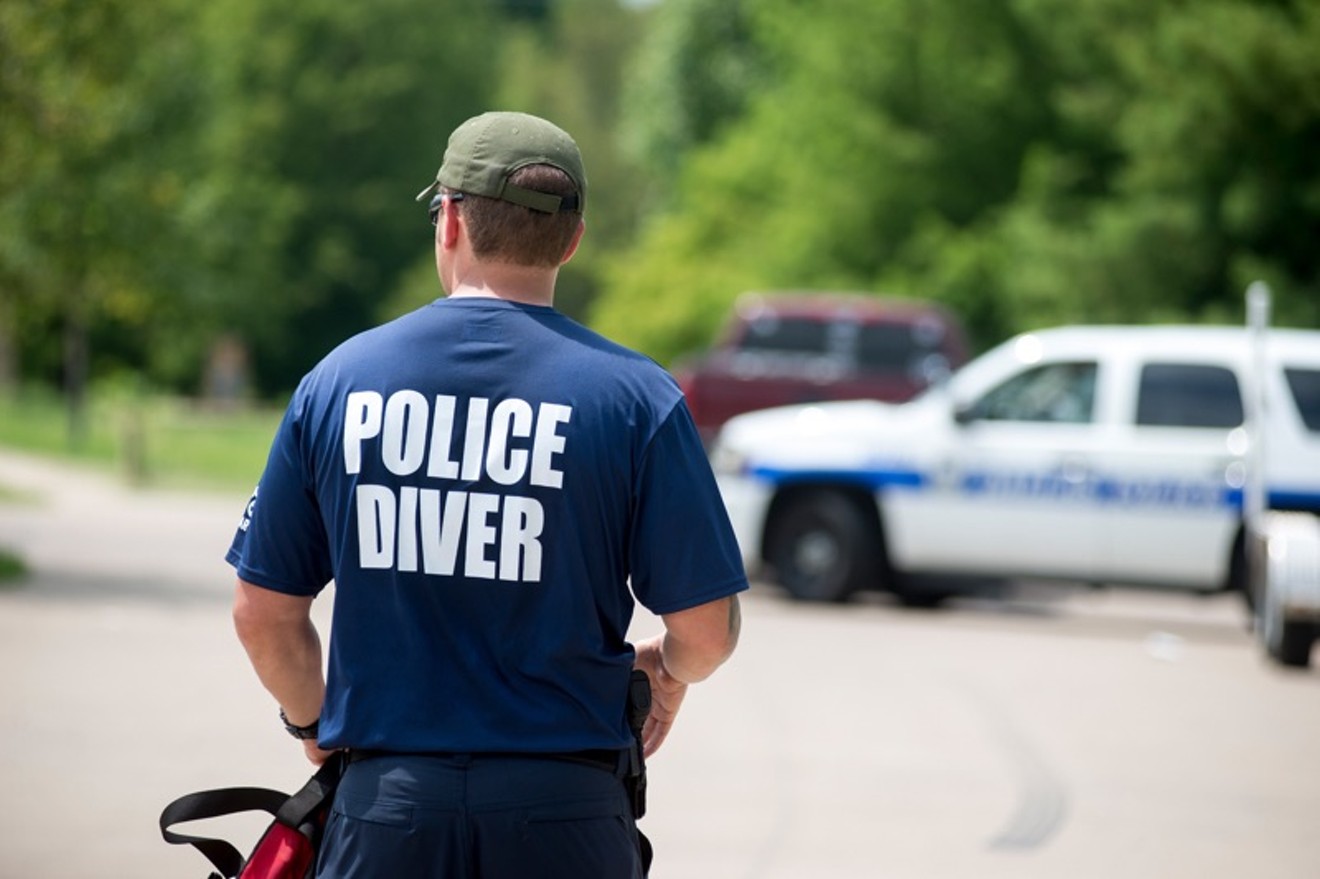 
Just after 3:30 p.m. Sunday afternoon, a caller reported that a sailboat had capsized on White Rock Lake, near Garland Road and East Lawther Drive. The boat tipped after being hit by a strong gust of wind, dumping a man and a woman into the water. A nearby boat pulled the woman out of the water, but the man could no longer be seen, according to the Dallas Police Department. 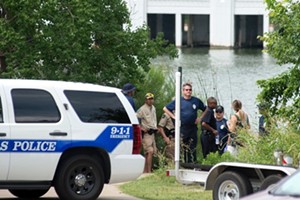 Police assess situation after the body is found.
Brian Maschino
The Dallas Police Dive Team searched Sunday for the victim, Conrad Callicoatte, 80, to no avail. After a full morning of searching Monday, the team found Callicoatte's body at 3 p.m. According to DPD, Callicoatte was on the water teaching the rescued woman, who has not been identified, how to sail.

The 80-year-old's death is at least the third drowning death at White Rock Lake in five years. In July 2012, Joe Steven Cunningham died on the lake after he and his 21-year-old son fell from their paddle boards in a wind gust. Cunnigham's son swam to safety, but his father was unable to make it out of the water.

In May 2014, Jeremy Daughtry, 21, and a friend jumped off the Mockingbird Lane bridge over the lake. Daughtry had trouble swimming and sank. His friend escaped unharmed.