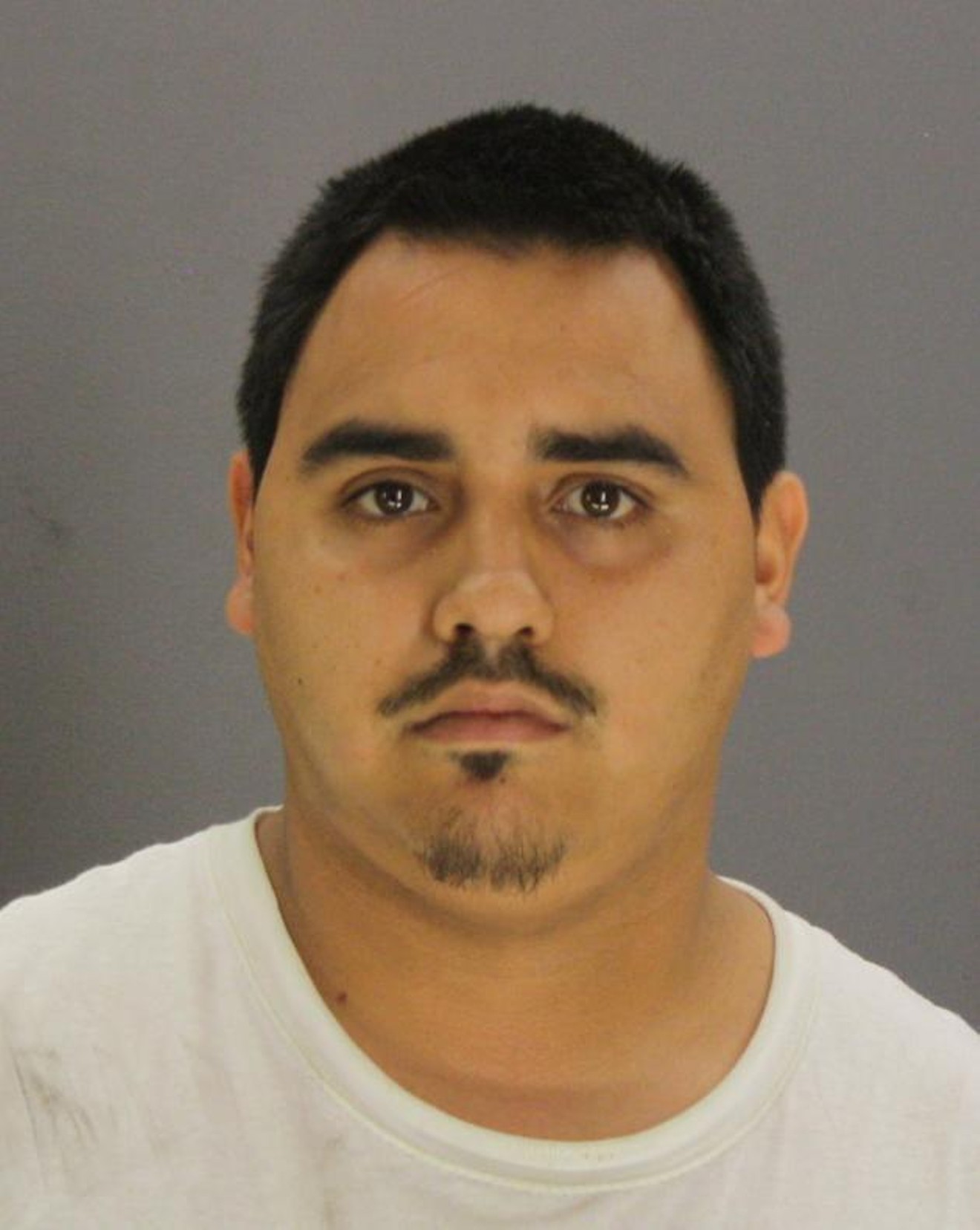 Sean Padilla Dallas County Jail
Update: 2:06 p.m. July 21 — On Friday afternoon, Dallas police identified the suspect in the assaults as Sean Padilla. Padilla, according to DPD Deputy Chief Thomas Castro, confessed to five sexual assaults after his arrest Thursday night. In addition to the two assaults to which he was originally connected, Padilla admitted to an April 4 rape in Dallas, a May 2 rape in Dallas and a May 30 rape on South Jupiter Road in Garland. DPD has charged Padilla with five counts of aggravated sexual assault, Castro said. Padilla's bail is set at $100,000.

Original Post: Dallas police announced late Thursday night that they've arrested a suspect connected to at least two sexual assaults in the city over the last month. Police have not released the suspect's name because they believe he may be connected to additional crimes.

At about 1:30 Tuesday afternoon, a man approached a 23-year-old woman and her three children as she opened the door to their home on Kendale Drive near Love Field. He attacked the woman, forcing her into her apartment, Deputy Chief Thomas Castro said Tuesday evening. After threatening to hurt the kids, he raped their mother.

During the attack, Castro said, the attacker answered a knock at the woman's door, telling a witness that the woman was not home. The person who knocked on the door saw the suspect as he left the apartment on foot with some of the victim's belongings, according to Castro. The witness described the attacker as a heavyset Latino man with dark, spiked hair and tattoos on his forearms and left hand. He wore a black T-shirt with the words "Thug Life" on it, the witness said.

The man described by the witness in the Kendale Drive attack is likely the same man who committed a similar rape on Lazy Acres Circle in Far North Dallas, Castro said. In that attack, a man entered a woman's apartment June 26 as she opened the door, threatened her with a weapon, raped her and left with her property in tow. The suspect in that case, police said at the time, was a 5-foot-7 Latino man, about 170 pounds with tattoos on both forearms. He left the scene in a black PT Cruiser with a Dallas Cowboys sticker on the back window.

“It’s a good possibility that these cases are related. We don’t have anything forensically or evidence that links positively, but there are very strong similarities and we felt we needed to get these cases out,” Castro said at the time.