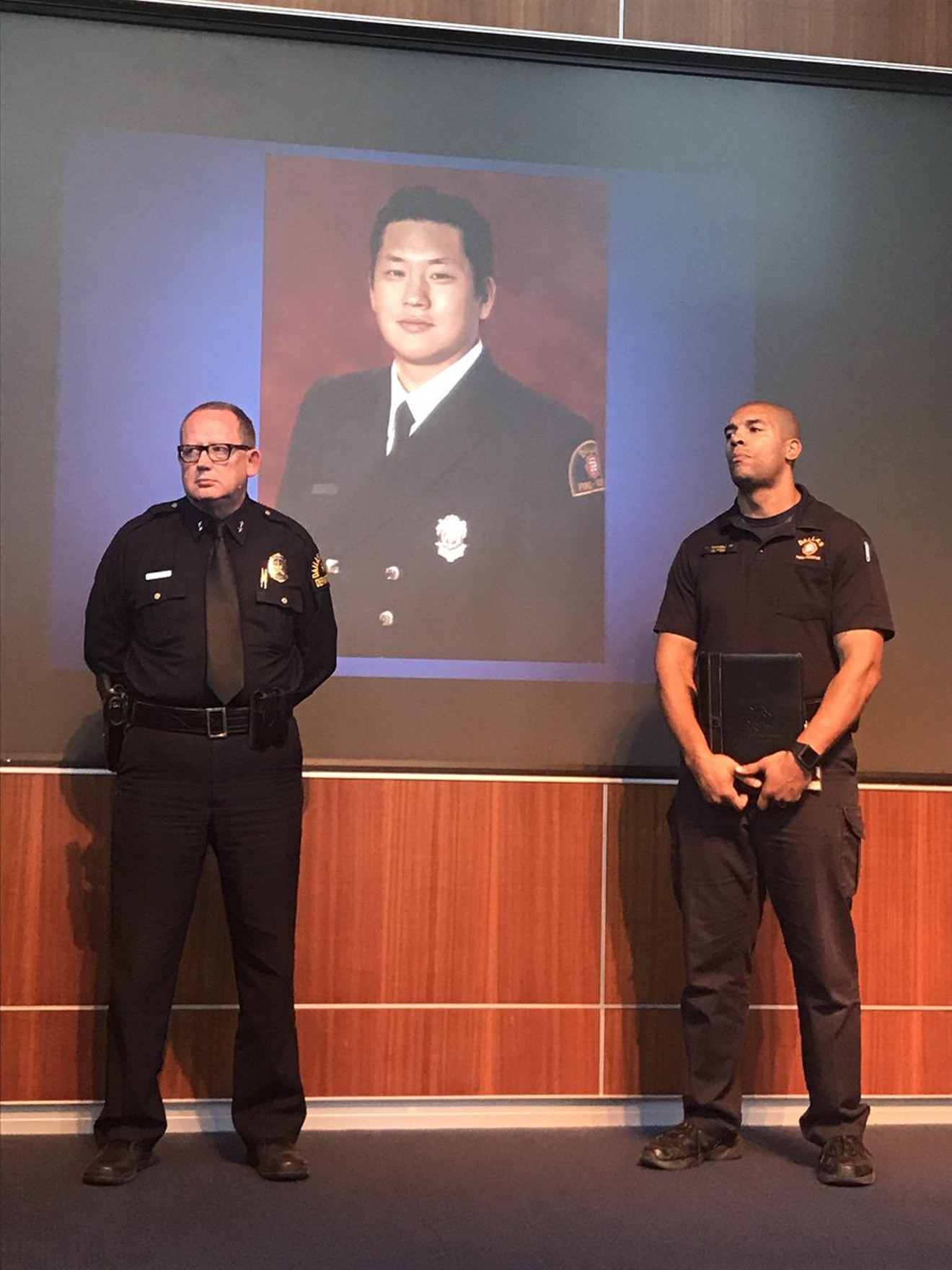 Dallas Assistant Police Chief Randy Blankenbaker says Brown first shot and killed his 67-year-old roommate, Arthur Riggins. After the murder, Dallas police believe, Brown's girlfriend ran from the house, attracting the attention of the a 24-year-old neighbor. The neighbor stepped outside where Brown shot him, say police, who have not identified the neighbor.

Dallas police received a call about a possible suicide after the second shooting. Paramedics responded to Brown's house on Reynolds Avenue, and began to treat the neighbor. Brown then shot at the paramedics, hitting William An, 36 who remains in critical but stable condition at Baylor Hospital.

Our thoughts & prayers are with @DallasFireRes_q William An & his family during his recovery. pic.twitter.com/wghLC6nqPF


At 11:36 a.m. Monday, Dallas Police officers William Bruce and Thomas McPherson arrived at the house and spotted Brown, still outside and holding what police say was a 7.62 caliber semi-automatic rifle. Brown shot at the officers, and they took cover. A bullet fragment, police believe, injured Bruce's calf.


The FBI says the agency was investigating Brown, but declined to provide details.

The trio of officers picked up An and put him in Watson squad car before Watson drove him to Baylor hospital. Other officers on the scene — Christian Jackson, Gary Green and Gabriel Pina — pulled Brown's neighbor to safety so he could be taken hospital as well.

Police then established a perimeter around the house, eventually sending a wheeled police robot into the house. The robot's camera discovered Riggins and Brown, who police believe shot himself.

During the same DPD press conference, FBI Special Agent Barrett Jackson told reporters that the FBI was investigated Brown at the time of the shooting, but declined to provide details. Brown, who has extensive criminal record including assault, gun, drug and DWI charges, served as the gunsmith for Dallas' Huey P. Newton gun club, a Black Nationalist defense group and was previously the chairman of the New Black Panthers.