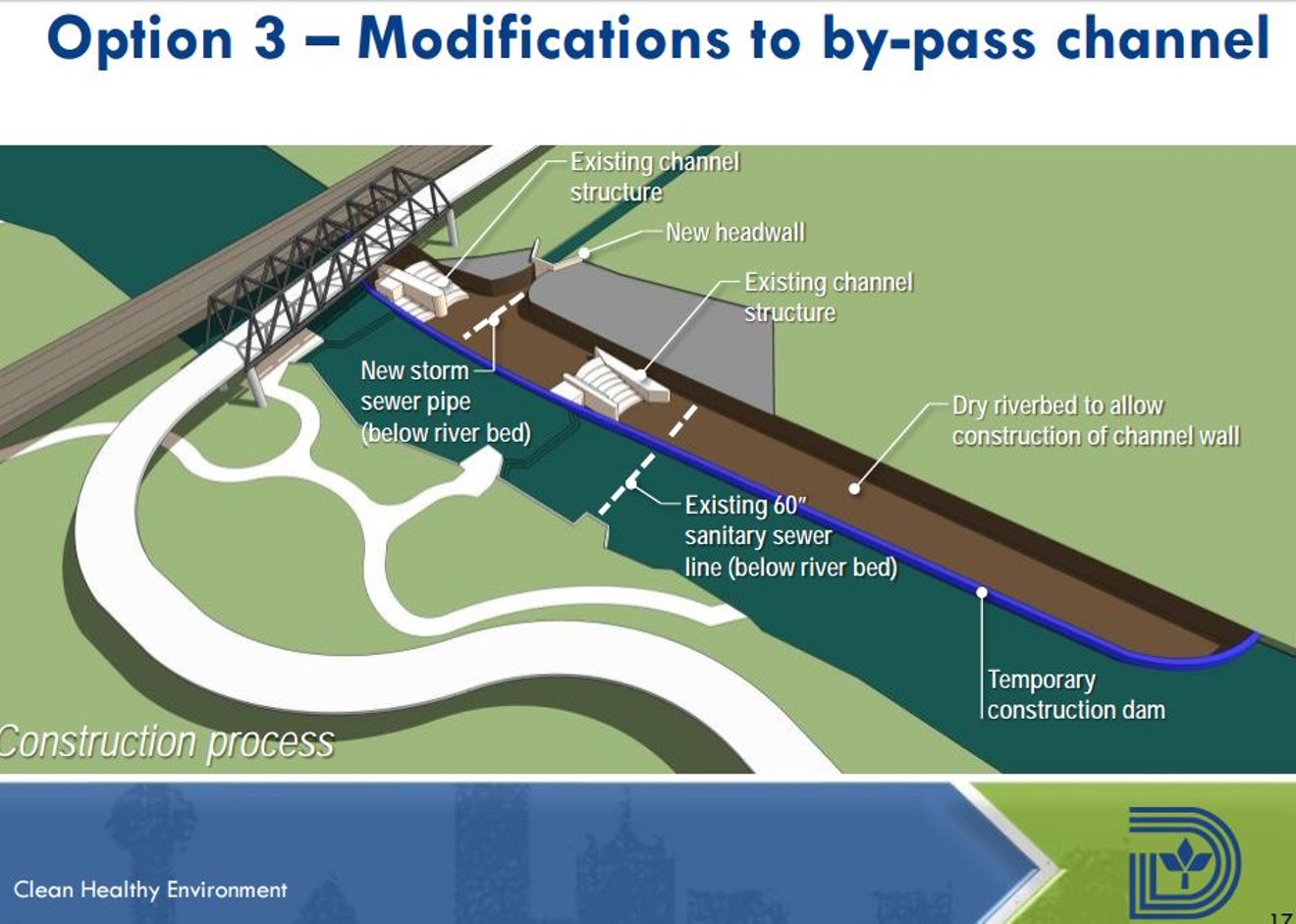 City of Dallas
The Trinity River's infamous Standing Wave feature, installed by the city of Dallas at a cost of more than $4 million in 2011, has never worked as planned. Six years later, it seems it will take at least $2 million more to remove the envisioned whitewater park.

The Wave was to have a challenging middle section for experienced paddlers and bypasses on both sides of the river for those who didn't want to deal with the rapids. But problems arose before the park even officially opened because the bypasses proved to be treacherous to all but the most experienced users. The day before the park was supposed to open in May 2011, two boaters dumped out and almost died in one of the bypasses, forcing the city to close the Standing Wave.


"Despite numerous objections to this project, we were told to pass this." — Councilman Lee Kleinman, who was a member of the park board that created the Standing Wave

It remains unused, forcing the Army Corps of Engineers to threaten the city in 2016 with shutting off the feature's water supply if Dallas didn't do something to make the river navigable again.

On Wednesday, after a year of squabbling with the corps over whether the Trinity, does, in fact, need to be navigable, the council got a look at its three choices to fix the Wave. None of them is cheap.
click to enlarge

City of Dallas
Dallas Park and Recreation head Willis Winters told the council Wednesday that the city can remove most of the wave, leaving only some foundation beams in the river bed and some "armoring" on the Trinity's banks, for $2 million. Getting rid of the whole thing would cost $7.5 million, while fixing the bypass channel will cost $4.2 million.

City staff and the Dallas park board have both recommended partial removal, paid for with $2 million from money allocated by the Trinity Watershed Management department. The funding would come from bond money voted to improving the Trinity in 1998. Doing either of the other options would require the city to find money elsewhere.

City of Dallas
After hearing the options, most members of the City Council who commented on the project complained that the Wave was built in the first place. Lee Kleinman, who was on the park board when the city decided to build the Wave, said that the board didn't want the project, but council members forced the project through. "Despite numerous objections to this project, we were told to pass this," he said. "It was imposed on the park board."

Carolyn Arnold, who opposes park projects like the Wave and the proposed deck park near the Dallas Zoo with fervor, called the Wave a "project with no plan" and "a bunch of cement that's been thrown together."

No council members objected to the removal plan, which is expected to be rubber-stamped at a council agenda meeting sometime in the next month.