The Kids Are All Right: Dallas Stars Are Back in the Playoffs and Take Game 1 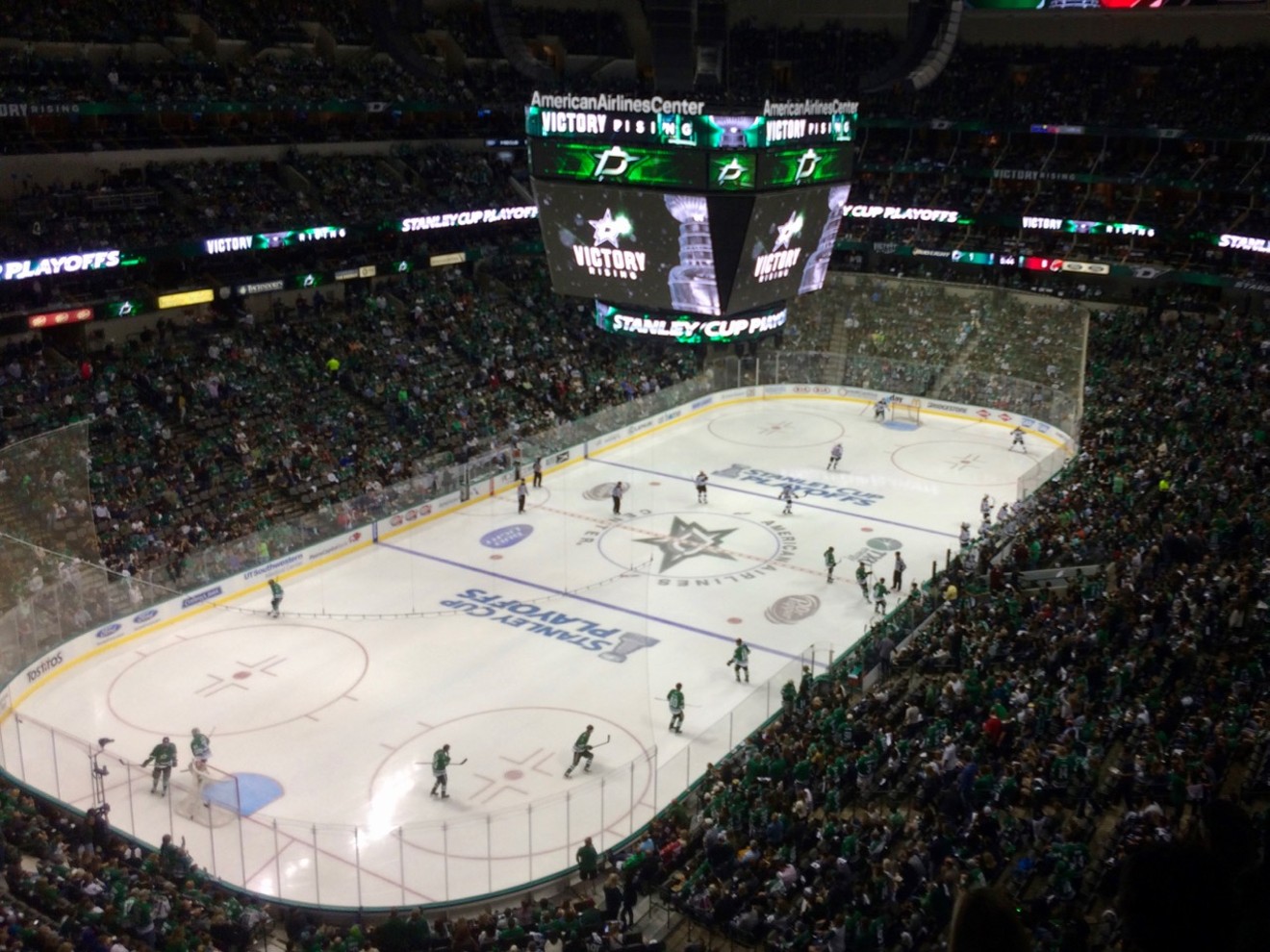 The Stars are back in the NHL playoffs for the first time in three years. But will inexperience hold them back? Chris Wolfgang
It’s been three years since the Dallas Stars found themselves in the NHL’s second season, the Stanley Cup playoffs. That 2016 team ended an eight-year drought by winning their first-round series, and excitement was high for the future.

Right up until it wasn’t. The following season, the Stars missed the playoffs, which cost coach Lindy Ruff his job. Dallas went digging through the history books and brought back Ken Hitchcock in the coaching role for 2017-18. Hitch had guided the Stars to their only Stanley Cup title in 1999. General manager Jim Nill also signed a top-flight goalie in Ben Bishop to help cure the Stars’ goaltending woes. Bishop found himself injured as the season wound down, and the Stars stumbled down the stretch and missed the playoffs again. Hitchcock stepped down as coach, and Nill hired his third head coach in three years, plucking Jim Montgomery from the University of Denver.

Fans could be forgiven if their excitement was tempered, as questions were plentiful. Montgomery was successful in the college ranks, but how would he transition to the NHL? Could Bishop stay healthy and give the Stars the goaltending they so desperately needed? How would a crop of young players fit in with the team? Could superstars Tyler Seguin and Jamie Benn return to their previous scoring heights?

The answers to those questions may not have been what we expected, but under Montgomery’s watch, the Stars earned the first wild card berth into the playoffs and drew a date with the Nashville Predators. As a team, Dallas allowed the second-fewest goals in the league, which would normally be headline worthy. However, most of the national press attention they received during the year focused on team CEO Jim Lites’ December tirade in which he called out the play of Benn and Seguin as “fucking horseshit.” Talking heads were also quick to point out that almost a quarter of Dallas’ roster would be making their playoff debut against a Nashville squad that was making their fifth straight playoff appearance, including a trip to the Stanley Cup finals in 2017.

Apparently, the kids didn’t get the memo that they were supposed to be scared, and Dallas took Game 1 of the best-of-seven series with a 3-2 win against the Predators in Nashville. The big story Wednesday was Dallas’ 19-year-old Finnish defenseman phenom Miro Heiskanen scoring two goals in his playoff debut. Meanwhile, trade-deadline acquisition Mats Zuccarello, who was injured in his first game with the Stars and has played four periods in Victory Green, shoveled home what would be the game-winning goal in the third period. 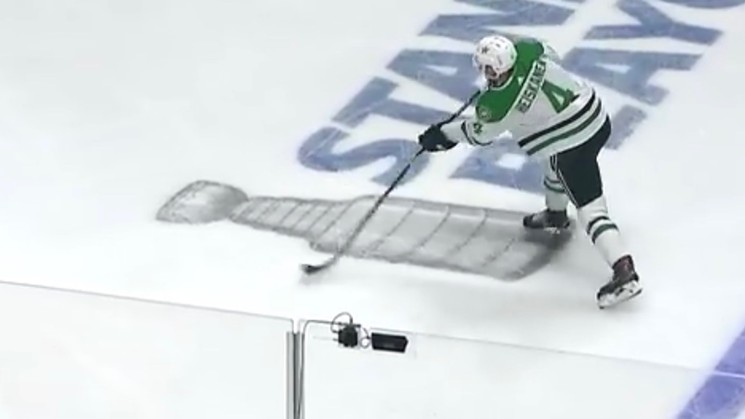 Dallas Stars defenseman Miro Heiskanen unleashes his second goal against the Predators in Game 1.
via screen cap
Heiskanen has been a bright spot all season. Highly touted, the rookie was Dallas’ lone All-Star representative, and he became the first teenage defenseman to score two goals in his first NHL playoff game. Fellow rookie and countryman Roope Hintz also played like a grizzled veteran instead of a scared 22-year-old. Playing on a line with Benn and Zuccarello, Hintz’s speed with and without the puck caused all kinds of problems for the Predators, and he was easily the best Stars forward for the first half of the game. If not for a cross bar and a phenomenal toe save by Nashville goalie Pekka Rinne, Hintz could have scored two goals of his own.

Meanwhile, Bishop did what he’s done for the second half of the season, which is be the best goalie in the NHL. Hot goaltending can take a team a long way in the NHL playoffs, and a healthy Bishop gives Dallas that edge that could lead to a long playoff run. Injuries have plagued Bishop through his career, but as he goes, so will the Stars.

Sure, it’s just one game, and to think that Nashville won’t come out fired up for Game 2 on Friday night would be the acme of foolishness. But Dallas has shown that they don’t need to be afraid and that they have a team and a style of play that can win games on most nights against most teams. The NHL playoffs are a grueling two-month battle, but for one night, the Stars showed they belong and have as good a shot as any at bringing home the Stanley Cup.

Dallas longs for a sports winner. The Rangers tell us they are rebuilding again, while the Cowboys continue to perpetually underwhelm. It’s been 20 years since Mike Modano’s Stars captured their only Stanley Cup, and he hung up the skates in 2011. That year, Dirk Nowitzki’s Mavericks brought home a title, but now Dirk has laced them up for the last time, too. These Dallas Stars’ are the city’s best and brightest hope to bring a title back to Big D.
KEEP THE DALLAS OBSERVER FREE... Since we started the Dallas Observer, it has been defined as the free, independent voice of Dallas, and we'd like to keep it that way. With local media under siege, it's more important than ever for us to rally support behind funding our local journalism. You can help by participating in our "I Support" program, allowing us to keep offering readers access to our incisive coverage of local news, food and culture with no paywalls.
Make a one-time donation today for as little as $1.