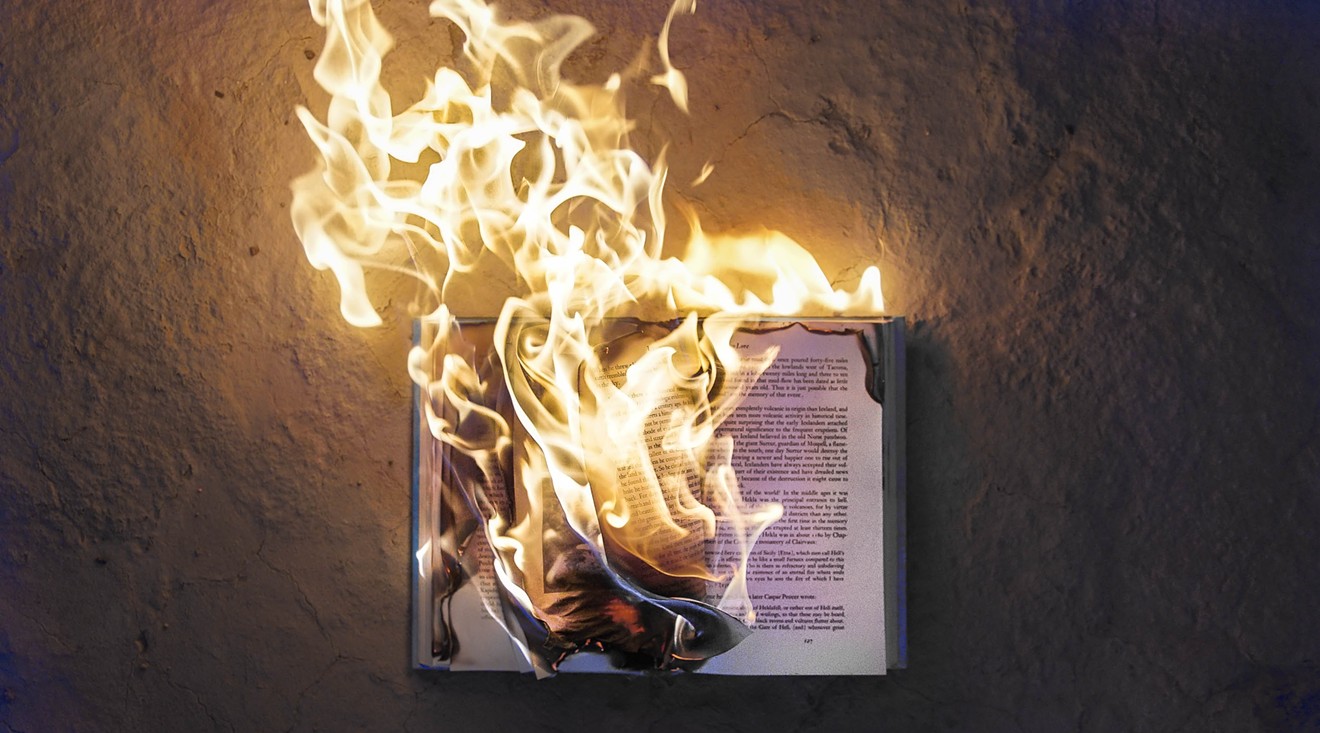 Denton students are petitioning their district in support of school library books. Photo by Fred Kearney on Unsplash
Both of Shulamith Armintor’s parents are English professors, and she’s grown up around books. But one morning, the 14-year-old student said she was getting ready for school when her mom, Denton City Council member Deb Armintor, told her about the mounting effort to remove certain titles from school shelves.

In October, state Rep. Matt Krause, a Republican from Fort Worth, demanded that school districts report whether they offer any books from a list of around 850. Much of the targeted lit deals with issues surrounding sexuality and race.

Although the younger Armintor said she wasn’t too concerned at first, she later realized that the burgeoning book kerfuffle had hit her high school. Then, she got organized.

Around three weeks ago, Armintor created a petition on Change.org asking Denton ISD to keep inclusive books on school shelves. She also wants the district to expand its selection of queer literature. Such books help high school students learn about diversity and “can guide them in the exploration of their own identities,” the petition states.

It had received more than 240 signatures as of Friday afternoon.

Armintor has read some of the titles on Krause’s list, such as In the Dream House, which depicts an abusive same-sex relationship. She said she can think of people who are experiencing much of what’s mentioned in the targeted books.

“Why would they think that this wouldn’t be OK for high schoolers?” the ninth-grader said. “Because this is the experience that a lot of high schoolers go through.”

In recent months, some Texas Republican politicians have ramped up restrictions on what can be taught in public schools. The move to ban critical race theory has expanded from public K–12 schools to the university level, with Lt. Gov. Dan Patrick on Friday announcing a crackdown on the academic framework in colleges.

Free speech advocates are sounding the alarm at a rise in “soft censorship,” described by the School Library Journal as a “quiet banishing that often comes without explanation.” Some warn that minority views are also being stifled in states like Tennessee, which was home to a literal book burning earlier this year.

One of the books on Krause’s list has made serious waves, largely because it contained an illustrated depiction of a sex scene. The graphic novel Gender Queer: A Memoir by nonbinary author Maia Kobabe has been held up by some concerned parents as a reason for tighter school-library restrictions. Gov. Greg Abbott has "questioned the book," The Texas Tribune reported in November, and other titles he considered "pornographic."

But Armintor said she’s read the book and that it “struck a really big chord” with her; she loved reading Kobabe’s account of personal discovery. Armintor knows some who are going through similar experiences, and to read that book would help them know they’re not alone, she said.

"Whether they like it or not, a lot of teenagers ... experience those kind of things on a daily basis." – Shulamith Armintor, Denton ISD student

Critics have argued that teenagers need to be shielded from viewing nudity and sex scenes, such as those present in Gender Queer. But Armintor said that those naysayers are acting like “they’ve never met a teenager in their life.

“Whether they like it or not, a lot of teenagers do that, or experience those kind of things on a daily basis,” she said. “They’re not protecting [teens] from those ideas; they’re not giving them guidance, and they’re leaving them out in the cold and saying, ‘We’re not going to give you any support. You’re not going to have any way to know what to do in this situation.’”

Denton ISD Superintendent Jamie Wilson said in November that the district would not be responding to Krause’s request, according to the Denton Record-Chronicle. Still, staff pulled a book for review sometime late last year.

Denton ISD didn’t respond to the Observer’s request for comment by publication time, possibly because of a school holiday. But spokesperson Julie Zwahr told the Record-Chronicle in December that even though no one had challenged the book, titled All Boys Aren’t Blue, it was removed after officials discovered it’d been reviewed by nearby districts.

Speaking with NBC News, Zwahr said just one formal book challenge has been submitted this school year, yet 11 titles are being reviewed to see if they’re “pervasively vulgar.” Meanwhile, in Granbury, men were recently photographed carting off boxes of books labeled “Krause’s list,” according to NBC.

Such attempts at censorship are directly affecting kids’ education, yet students are seldom included in talks about book banning, said Wendy Woodland, director of advocacy and communications for the Texas Library Association. Libraries aren’t a place for “forced learning,” and students should be free to engage in voluntary inquiry by choosing literature that resonates with them, she said.

“No one book will be the right fit for every student,” Woodland said, “but one book could make a significant impact on a student’s life, and these students should be included in the conversation about the materials they have access to.”

School boards approve the process to address concerns for inappropriate library books, Woodland said. Such protocols should continue to be followed to avoid “hasty decisions being made arbitrarily.”

Many Texas school librarians are upset at the current attack on their line of work, she continued, but the community should trust them to do their jobs. Woodland also warned that Texas could continue to see this trend grow.

“Unless we work now to affect change, we unfortunately will continue to see state and local officials shifting focus away from educating students, chasing a solution to a problem that just does not exist,” she said. “Obtaining an education without censorship is vital to students across Texas, so it is imperative that we act to protect students’ first amendment rights.”
KEEP THE DALLAS OBSERVER FREE... Since we started the Dallas Observer, it has been defined as the free, independent voice of Dallas, and we'd like to keep it that way. With local media under siege, it's more important than ever for us to rally support behind funding our local journalism. You can help by participating in our "I Support" program, allowing us to keep offering readers access to our incisive coverage of local news, food and culture with no paywalls.
Make a one-time donation today for as little as $1.