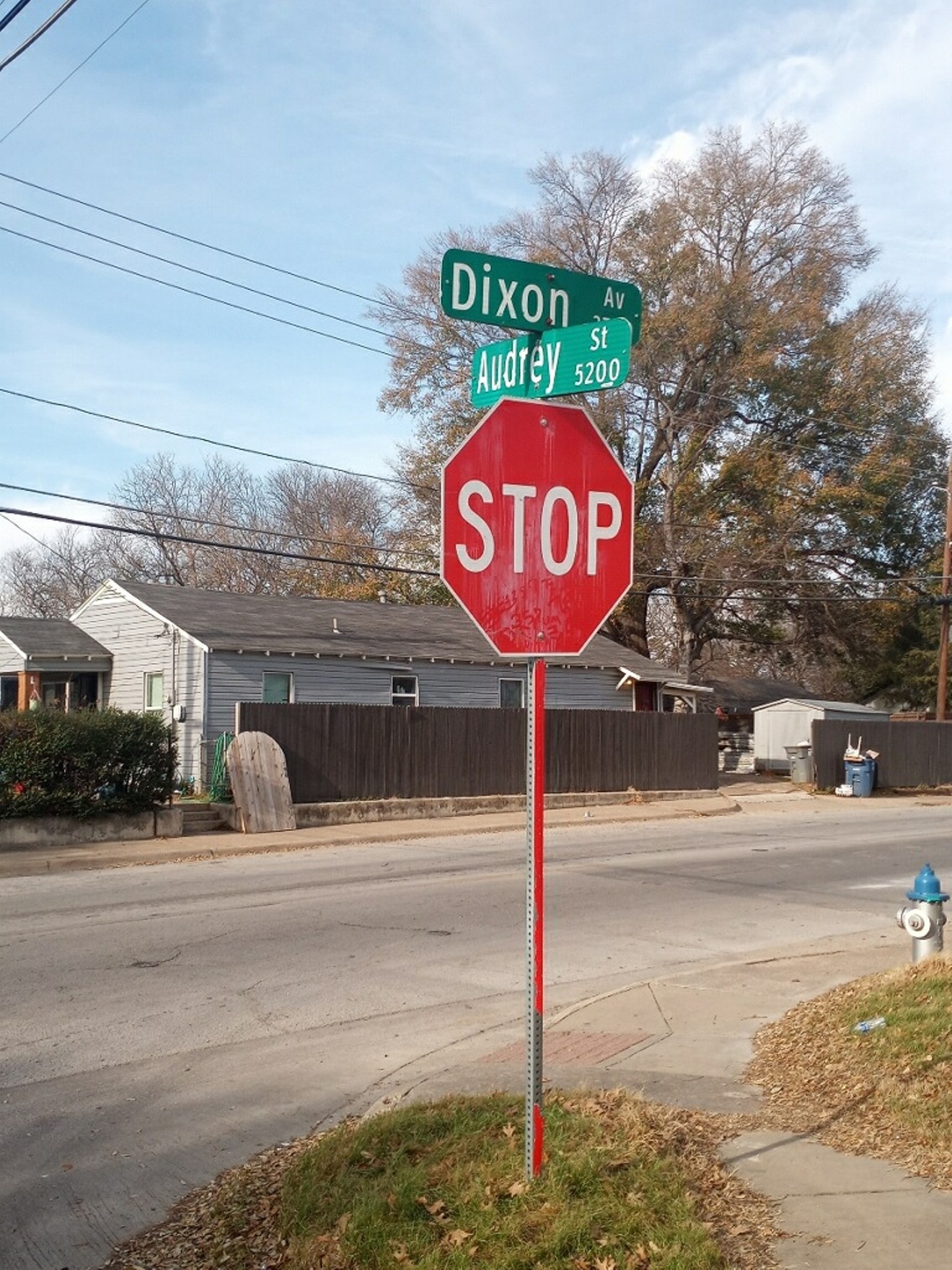 Dallas City Council has approved the name change of Audrey Street in South Dallas to Dimple Jackson Street. Pamela Grayson
Dimple Jackson lived on Audrey Street in Dallas’ Dixon Circle neighborhood for more than 50 years. When she died in 2019 at the age of 93, the street lost its guiding light, the woman her son Robert Jackson calls “the neighborhood matriarch.” Soon the street she called home for five decades will be named after her.

On Wednesday the Dallas City Council voted to approve the name change, giving Dixon Circle residents a new reminder of how vital it is to be a good neighbor. That’s what Dimple Jackson was, according to her son. As the second of six children, the first five of whom were boys, Robert Jackson says his mother was “a devoted Christian, a servant of God. Anytime she could do something good to help someone, she would.” Dimple Jackson also raised three of her grandsons.

“She had a special gift for raising boys to become respectable young men, that was one of her claims to fame,” Robert Jackson said with a slight chuckle. “Once we were all adults, she would tell anybody that she met that she had raised eight boys and none of them ever went to jail. She would tell everybody that.”

Dimple Jackson’s influence and kindness went far beyond her own children and the tiny two-bedroom house she lived in. It was her selfless efforts in community outreach that made her worthy of having the street named after her, her family says. For more than 70 years, Dimple Jackson attended Faith Tabernacle Church of God in Christ in Dallas, where she engaged with those around her.

From fixing Sunday supper for the homeless, to knitting scarves and hats for families who lived in shelters and volunteering at a local nursing home, Dimple Jackson made time for as many people as she could.

She also found time to serve as an elections volunteer and deputy registrar. And even after working the long hours of her job as a private housekeeper and staying as involved in the community as she could, Robert Jackson says his mother always “gave us the attention we needed as children.”

Current Dixon Circle residents are glad to have their neighborhood bear the name of one of their own. There have been troubles with drugs and gun violence there, but plenty of neighbors have refused to give up hope they can make things better. Dr. Pamela Grayson is one of them, and to her the street's new name is about more than switching a sign.


"She was such a lovable person and she just knew how to treat people. She knew how to communicate." - Robert Jackson, Dimple Jackson's son

In a presentation to the City Council, Grayson noted that naming it Dimple Jackson Street is a form of what is described as “landscape reparations.” Grayson picked up on that concept when she worked with the group that helped change the name of part of Lamar Street to Botham Jean Boulevard in 2021 to honor the man killed by off-duty Dallas police officer Amber Guyger in 2018.

As the director of the social justice group Collective Activism, Grayson will soon begin work on a new neighborhood education and literacy center located at the corner of Dixon Avenue and soon-to-be Dimple Jackson Street. She’s excited about what the kids in her neighborhood will see when they look up at the corner.

Grayson says “landscape reparations” means there will be a tangible remembrance to honor someone who affected her neighbors there, and not some faceless person of questionable origin. She says that "this country was built on the backs of my ancestors for free, and our neighborhoods should provide a reflection of that."

“Now I can look and see the name of someone who had the characteristics I want to tell my children about when we look up at that sign,” she says. “Dimple Jackson had the advocacy, the love for community, the love for humanity that should be honored.”

She’s been gone for about three years now, but soon the street Dimple Jackson once walked to get to and from her bus every day will bear her name. In a symbolic way at least, this means her time being a hopeful beacon for her neighbors isn’t over, which makes sense to her son Robert Jackson, given her stellar record of service.

“She was such an honorable person,” he says. “She had such a gift in that she could make so many contributions that made her community better.”
KEEP THE DALLAS OBSERVER FREE... Since we started the Dallas Observer, it has been defined as the free, independent voice of Dallas, and we'd like to keep it that way. With local media under siege, it's more important than ever for us to rally support behind funding our local journalism. You can help by participating in our "I Support" program, allowing us to keep offering readers access to our incisive coverage of local news, food and culture with no paywalls.
Make a one-time donation today for as little as $1.
Kelly Dearmore