First Baptist Billboards to Multiply Like Loaves and Fishes 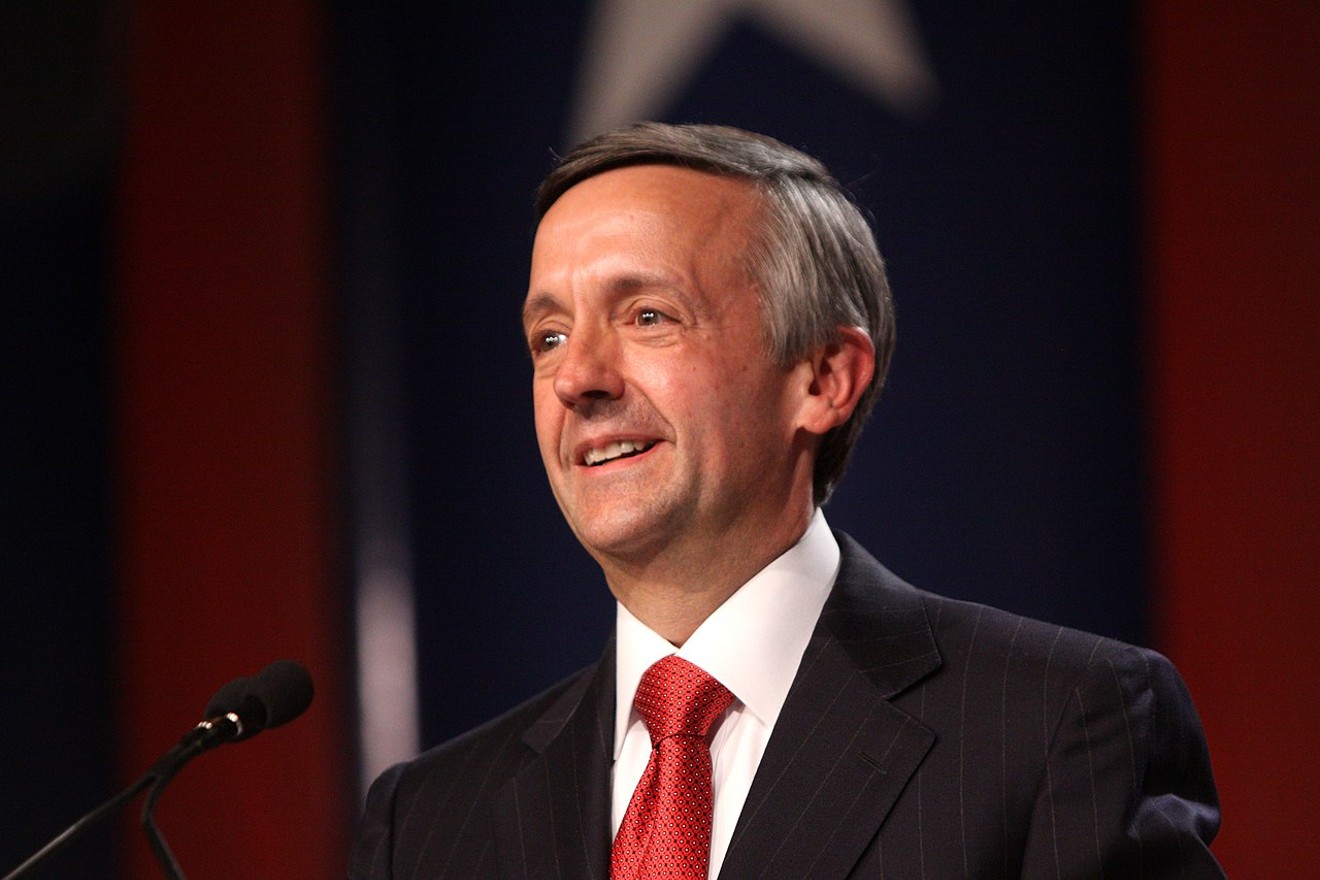 Less than a week after seeing two billboards celebrating the title of pastor Robert Jeffress' "Freedom Sunday" sermon — "America Is a Christian Nation" — taken down by New York City-based Outfront Media, the church is putting up 10 times as many billboards promoting the event throughout North Texas, thanks to an agreement with Clear Channel Outdoor.

Over the past couple of days, Jeffress, along with the conservative and religious media, blamed The Dallas Morning News and Dallas Mayor Mike Rawlings for the billboards coming down. In a June 7 piece by city columnist Robert Wilonsky, the mayor criticized the message of the billboard.

"That is not the Christ I follow," Rawlings said. "It's not the Dallas I want to be — to say things that do not unite us but divide us. I never heard those words, that voice come out of Christ. Just the opposite. I was brought up to believe: Be proud of yours, but do not diminish mine."

To Jeffress, Rawlings' statement helped pave the way for Outfront Media's decision to take down the billboards, making it tantamount to an unconstitutional government restriction on religious speech. That's not exactly what happened.


It wasn't the mayor's comments that led to the First Baptist billboards being removed, according to Outfront Media, it was a wide-ranging negative reaction.

According to Outfront Media, the company made the decision to remove the billboards after receiving angry messages about the signage from people in Dallas. It wasn't the mayor's comments that led to the billboards being removed, according to the company, but a wide-ranging negative reaction.

Among those opposed to the billboards was longtime photographer and First Amendment activist Avi Adelman, who threatened the company and anyone who advertised with it with a boycott if signs remained up because he viewed them as being both historically incorrect and offensive to those Americans who aren't Christians.

Jeffress told the Observer on Monday that he believed the controversy over the billboards could end up being a good thing for his church. He confirmed Tuesday that Clear Channel — which did not return calls and emails to both its corporate and DFW offices Tuesday — agreed to rent the 20 billboards to the church.
KEEP THE DALLAS OBSERVER FREE... Since we started the Dallas Observer, it has been defined as the free, independent voice of Dallas, and we'd like to keep it that way. With local media under siege, it's more important than ever for us to rally support behind funding our local journalism. You can help by participating in our "I Support" program, allowing us to keep offering readers access to our incisive coverage of local news, food and culture with no paywalls.
Make a one-time donation today for as little as $1.