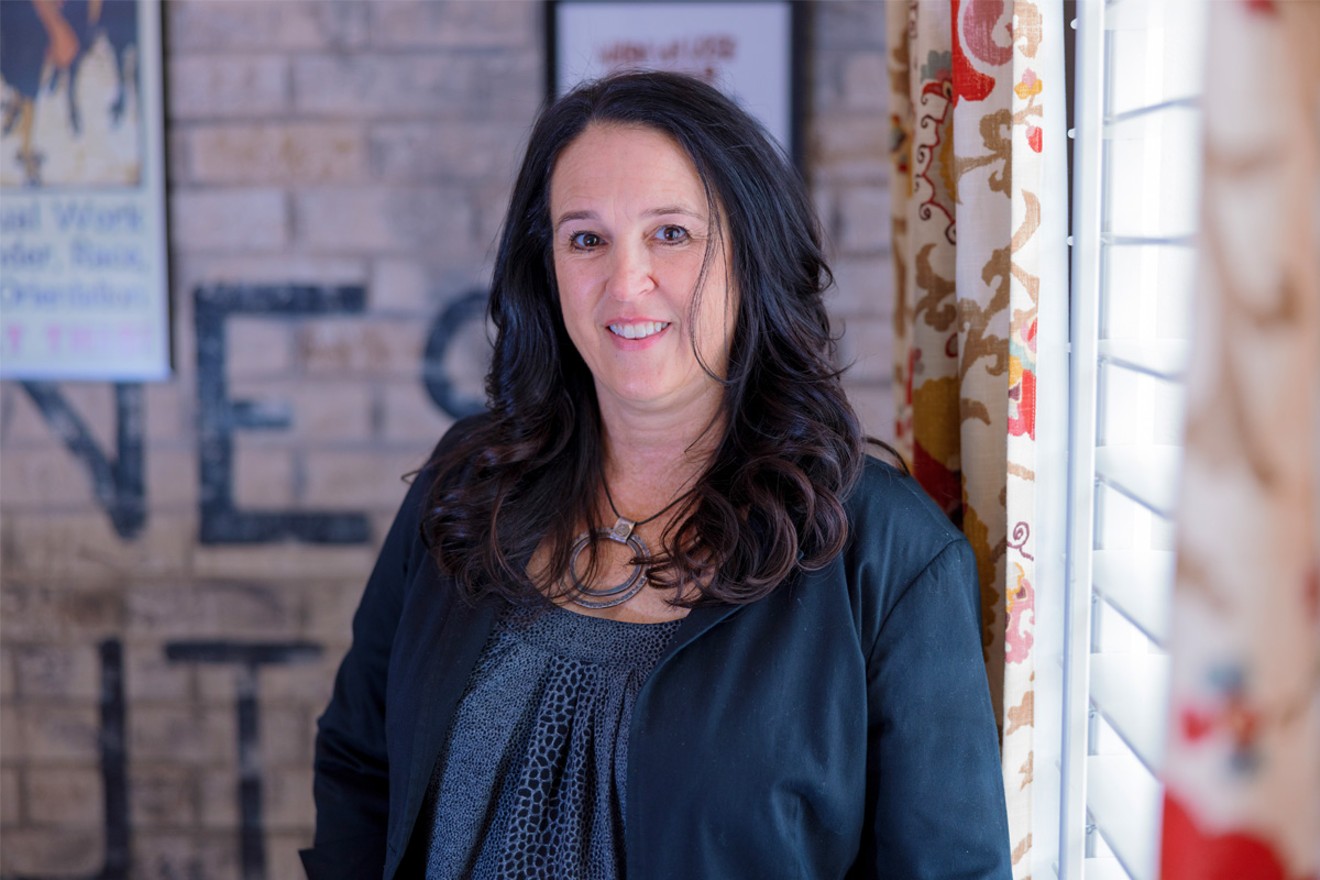 Dr. Suzanne Jones is represented by FIRE in her suit against Collin College. JX Studio
Many professors have accused Collin College of flouting the First Amendment. Now, a federal judge has ruled that the school's administrators can't skirt liability for allegedly terminating a professor in violation of her right to free expression.

Former Collin College professor Suzanne Jones had claimed that she was illegally fired for criticizing the school's COVID-19 response, associating with a non-bargaining union and signing an open letter that argued for the dismantling of Confederate monuments. Her lawsuit names two administrators: Collin College President Neil Matkin and Toni Jenkins, the former senior vice president of campus operations.

Jones is represented by the Foundation for Individual Rights and Expression (FIRE), a nonprofit dedicated to defending the First Amendment in academia and beyond. She said she's "happy but not surprised" that the judge views the rights to free association and expression as necessary for all employees, even those in academia.

"This is a step in the right direction for my case, but Collin has also been attacking other faculty, staff, and union members," Jones said in a news release on FIRE's website. "I stand together with the other employees actively suing Collin College for ignoring established rights for public faculty."

In addition to Jones, FIRE has represented a pair of former Collin College professors in their respective suits against the school. For two years running, the college has earned a spot on FIRE's list of 10 worst schools for free speech.

"This is an important development in Suzanne’s case, and we look forward to proving that Collin College violated the First Amendment and should be held accountable for their actions," FIRE attorney Greg Greubel said in an emailed statement. "But it’s also a message to administrators around the country: Tread lightly when thinking about firing professors for social media use on important public issues."

FIRE further celebrated the judge's ruling on social media, calling it a "big win" for those looking to hold "government officials financially accountable for violating the First Amendment."

It’s a big win—one that clears a path to holding government officials financially accountable for violating the First Amendment.https://t.co/fQ1fdWxMxK


Adam Steinbaugh, a First Amendment lawyer with FIRE, also took to Twitter on Thursday to point out a key quote from the court's ruling:

"Defendants by their own admission fired Plaintiff in part for using her private social media account to inform the public about a matter of public concern … this is clearly unconstitutional," the judge had written, as highlighted by Steinbaugh.

“Defendants by their own admission fired Plaintiff in part for using her private social media account to inform the public about a matter of public concern. … this is clearly unconstitutional.” https://t.co/usDSIeOf5O

Collin College hasn't had much luck in court lately, having recently shelled out $70,000 plus attorneys' fees to another former professor represented by FIRE. In Jones' case, the defendants attempted to argue that they had qualified immunity, which offers broad protection to government officials from legal action.

Still, Collin College doesn't seem too deterred by this latest setback. "Despite the opinion denying summary judgment on a single issue, the College will continue to move forward in the defense of this case," a school spokesperson said via email.
KEEP THE DALLAS OBSERVER FREE... Since we started the Dallas Observer, it has been defined as the free, independent voice of Dallas, and we'd like to keep it that way. With local media under siege, it's more important than ever for us to rally support behind funding our local journalism. You can help by participating in our "I Support" program, allowing us to keep offering readers access to our incisive coverage of local news, food and culture with no paywalls.
Make a one-time donation today for as little as $1.