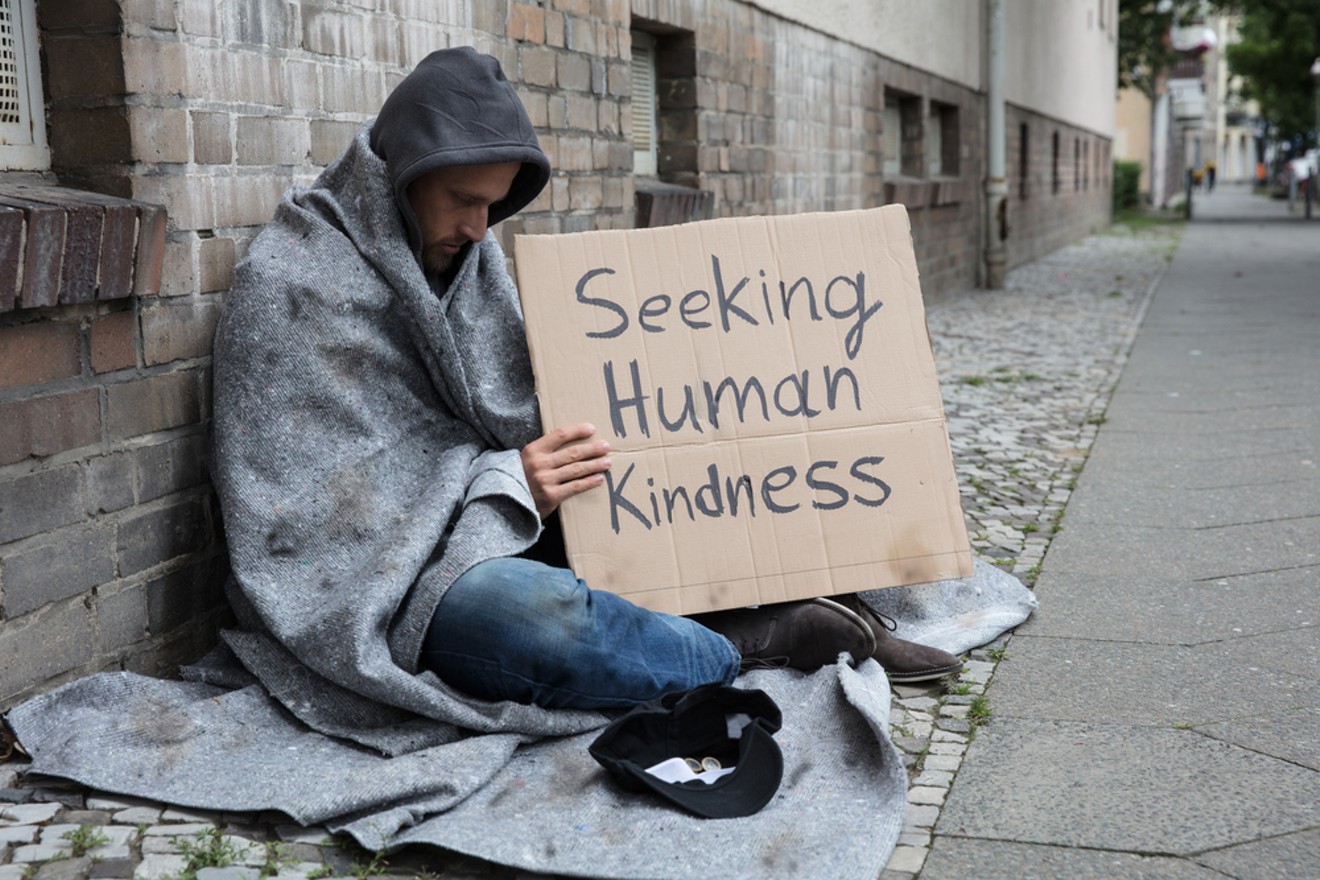 Begging is not the only way. Andrey Popov/Shutterstock
Good Lord. I shrink from opening my Facebook page every morning for the heartbreak I know awaits me there. Wednesday's was actually on my wife’s page, not mine, but she showed me, which is the same thing — a GoFundMe page for a man with kids, a cop, brother of a friend of my wife, cut down by multiple myeloma, a type of cancer.

It’s hard even to sort out my innermost feelings about the contagion of GoFundMe appeals on my Facebook page, let alone talk about it. Another friend, a former newspaper colleague speaking about an entirely different GoFundMe appeal, suggested online yesterday that GoFundMe has become the Donald Trump version of Obamacare.

Right. I know that may sound flip and callous, making a joke about terrible pain and suffering in other people’s lives. But here is the thing I find most difficult to utter: She’s right. She is absolutely and terribly on target. The explosion of GoFundMe appeals on my Facebook page really illuminates the degree to which the Trump/Republican assault on communal altruism has reduced us all to beggars.


I come across GoFundMe appeals every day that break my heart. I know that I am one good car wreck or bad diagnosis from my own GoFundMe.

Yes, sorry, I hate saying it, for at least two reasons: First, like you, I come across GoFundMe appeals every day that break my heart. But second, I know that I am one good car wreck or bad diagnosis from my own GoFundMe. But neither of those caveats alters the basic truth of GoFundMe. She is right. It is begging.

National health care, labor unions, a national pension system, workplace safety laws, protections of public health and safety: these are things generations of Americans fought hard to create so that hardworking, non-rich American citizens would not be reduced to begging when the wolf was at the door. And the wolf comes to every door eventually. The wolf is life.

National communal shared efforts do for the non-rich what wealth does for the wealthy. These shared efforts are the only way people not possessed of great wealth can deal with the wolf without being reduced to beggary.

Again, it pierces my heart to describe GoFundMe that way, and, believe me, when it’s my turn, I will employ every ounce of wordsmith ability I’ve got left in order to wring every last cent I can bleed from the bleeding heart universe of GoFundMe. We do what we have to do when we have to do it.

But we don’t have to do this. It’s a lie that we have to rely on charity and begging. Our entire national history since the Great Depression was a manual of instructions for us now on what we can do in order not to do this. We cooperate. We band together. We trust each other. We share the wealth by sharing the pain.

Ah, but there is where the wasp does wear his sting. That sharing thing. The whole Trump mentality is built on a lot of absolutely vicious, fascistic, anti-social, Randian narcissism of wealth, a twisted worldview by which the rich should only get richer and the poor should go die. Or go beg and then go die.

But GoFundMe is begging.
GoFundMe.com
The thing about begging is that it can’t work. It’s a system of elimination rather than inclusion. Maybe the most elegant expression I’ve seen is from Barack Obama’s book Dreams From My Father. He describes walking as a boy with his stepfather on a road in Indonesia crowded with beggars.

The boy Obama wants to give his money to every beggar, but his stepfather, the product of a harder world, tells the American kid, “Better to save your money and make sure you don’t end up on the street yourself.”

Every GoFundMe does both things to me — makes me want to reach out and help, makes me want to pinch my pennies harder. Beneath the sterility of the computer screen, I can smell the Medicaid nursing home, hear the groans of pain, see the anguish in the eyes of the loved ones gathered at the foot of the bed with their hands outstretched to me for money.


Beneath the sterility of the computer screen, I can smell the Medicaid nursing home, hear the groans of pain, see the anguish in the eyes of the loved ones gathered at the foot of the bed with their hands outstretched to me for money.

Yes, insurance requires the healthy to subsidize the sick. The relationship flips when the healthy get sick. That’s why they call it insurance. It’s a bet we make together, a bet we make on ourselves that we can handle the wolf if we stick together.

And, yes, on a national scale, it involves a degree of compulsion. We can’t set up a viable system in which people get to opt out and suspend their contributions the minute they strike it rich. We need the rich to stay in it in order to make it work.

Is that a sacrifice we demand of the rich? I don’t think so. It’s our society telling them that they were able to get rich because they live in a healthy, sound, sane society with a strong sense of social conscience. If they don’t like it, they should all move to Vladimir Putin’s Russia and see how well they fare.

And then I look at this latest GoFundMe appeal for a veteran cop with myeloma, a man who probably did everything right and everything that was hard to do in his life. Now he has been cut down by bad luck.

A wicked imp standing on my right shoulder stretches to my ear. He whispers, “So I guess this is all just your lefty over-intellectualizing version of telling the guy to go get a job?”