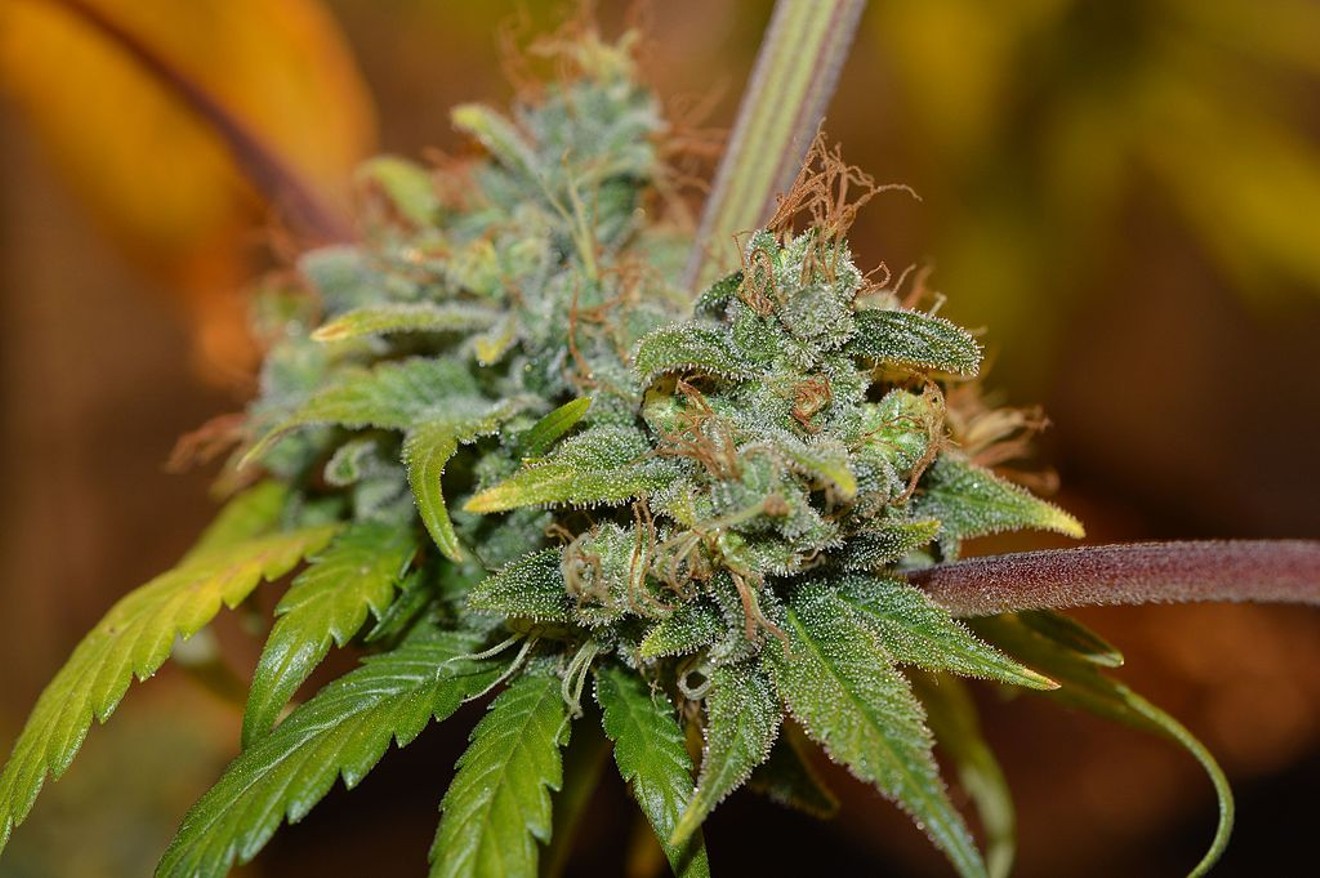 About 29% of voters in Denton opposed Proposition B, which would decriminalize low-level marijuana possession in the city. Cannabis Pictures, CC BY 2.0, via Wikimedia Commons
After Denton officials told residents they didn’t plan to fully enforce an ordinance voters passed on Nov. 8 that would essentially decriminalize small amounts of marijuana, they got a memo from one of the principal groups pushing for measures like these across the state.

The group is Ground Game Texas, which successfully lobbied voters to pass a similar ordinance in Austin earlier this year.

In a memo to the Denton mayor and City Council, the group said it was concerned that the city appears to be ready to “disregard the electoral outcome and usurp the policy-making authority of city voters.”

Ground Game Texas urged Denton to implement the ordinance after the city’s canvassing meeting on Tuesday.

Another local group, Decriminalize Denton, has been the main force behind Proposition B. After trying to get such an ordinance passed by city council, Decriminalize Denton decided to let the voters decide through a ballot initiative. About 71% of voters in Denton approved the ordinance, which would prevent the city’s police department from citing or arresting for low-level marijuana possession in most cases. Exceptions would be made if a violent felony was also involved or if it was part of a broader narcotics investigation. The ordinance would prohibit police from giving out Class C misdemeanor citations for possession of drug residue or drug paraphernalia, and keep them from ordering THC tests unless a felony was involved.

The group encouraged residents to turn out to the canvassing meeting at Denton City Hall Tuesday morning to speak in favor of the ordinance.

Denton city staff and the city manager both issued press releases after Proposition B, the decriminalization ordinance, was approved by voters in the Nov. 8 election. Reached for comment, a spokesperson for the city directed the Observer to these press releases, which claimed that Texas law prevents them from being able to enforce the ordinance completely. They said Texas bars the city from adopting rules that would keep police from fully enforcing state and federal drug laws.

“The Texas Constitution and the City Charter of Denton guarantee the people of Denton the right to directly legislate on local issues, including marijuana enforcement,” Michael Siegel, Ground Game’s general council, wrote in the memo. “The city manager has no authority to ignore or subvert legislation duly enacted by the people. We hope that you will protect the rights of Denton voters and ensure that Prop. B is duly enforced by city personnel.”

"We hope the City Council will make this clear and protect the will of the electorate by fully implementing Proposition B.” – Michael Siegel, Ground Game Texas

Siegel argues that Denton’s home rule charter, which was adopted in 1914, allows the city to propose any ordinance, besides those that appropriate funds or levy taxes, and to adopt or reject those ordinances at the polls. If an ordinance is passed, Ground Game argues that from there, the only authority the city manager has is to implement the law.

“The division of authority is perfectly clear: the city council creates policy and the city manager is required to execute it,” Siegel wrote. “When the people of Denton adopt policy via a citizen initiative, they stand in the place of the council and exercise the policy-making authority of the city. The city manager must thus execute voter-initiated ordinances.”

He also said that Denton has the authority to conserve its public safety resources, and that Proposition B is an example of this.

Justifying why it can’t implement the ordinance fully, the city cites Texas local government code that refers to state and federal drug laws. But, Siegel said, no city has been challenged under these federal and state laws, “including the city of Austin, which on May 7, 2022, adopted a city ordinance that includes marijuana decriminalization.”

He added: “The city manager is entirely without authority to overrule the policy set by Denton voters. We hope the City Council will make this clear and protect the will of the electorate by fully implementing Proposition B.”
KEEP THE DALLAS OBSERVER FREE... Since we started the Dallas Observer, it has been defined as the free, independent voice of Dallas, and we'd like to keep it that way. With local media under siege, it's more important than ever for us to rally support behind funding our local journalism. You can help by participating in our "I Support" program, allowing us to keep offering readers access to our incisive coverage of local news, food and culture with no paywalls.
Make a one-time donation today for as little as $1.