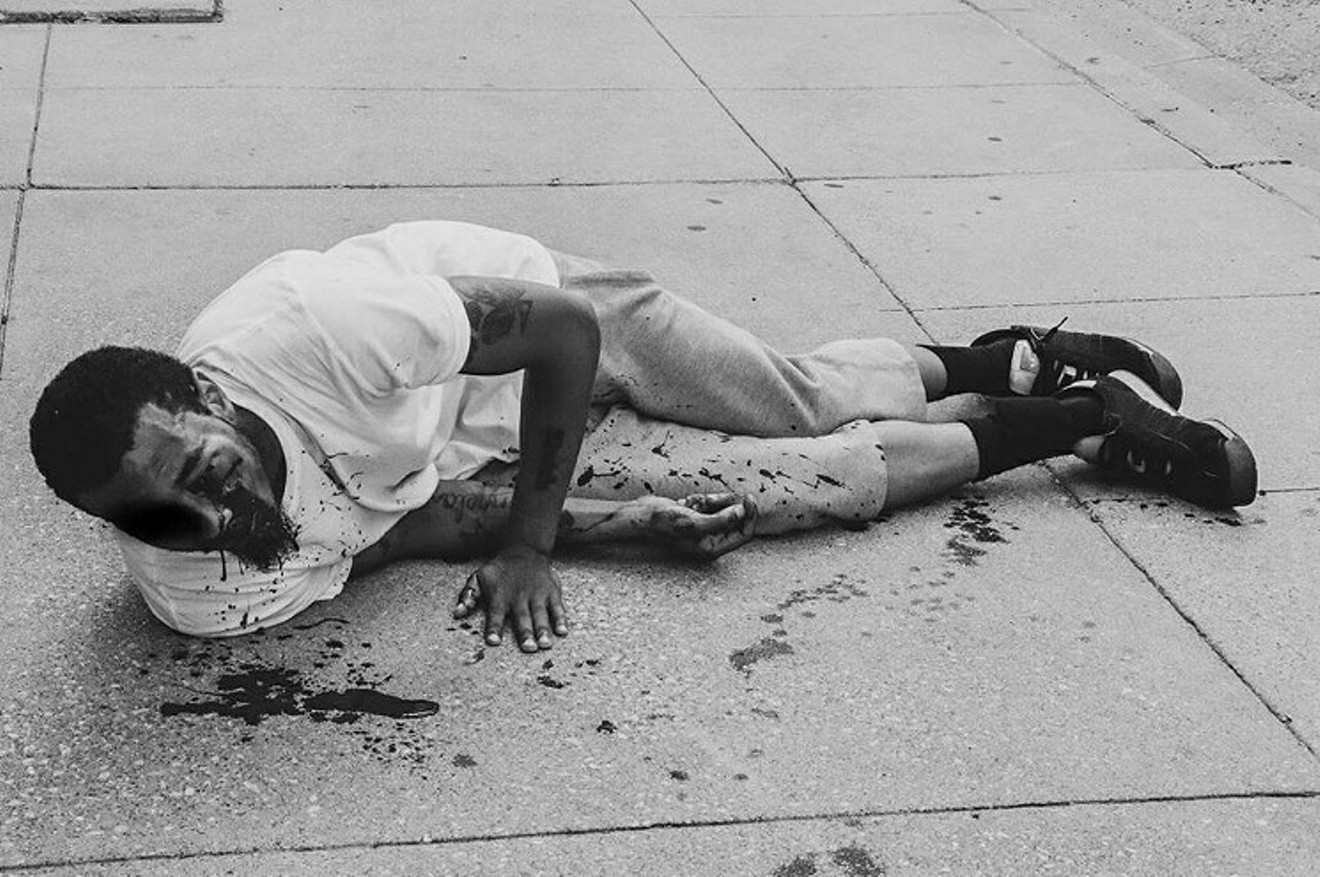 Across the country, law enforcement officers shot hundreds of rounds of non-lethal munitions at demonstrators and rioters during the George Floyd protests this summer. Photo provided by attorney Daryl Washington
Over the last few decades, there has been an increased focus on using non-lethal or "less-lethal" tactics in policing. But sometimes, the tactics backfire.

Across the country, law enforcement officers shot hundreds of rounds of non-lethal munitions at demonstrators and rioters during the George Floyd protests this summer. Some of the rounds zipped in between protesters, causing them to disperse, their intended use. Others struck people’s faces causing them to lose their sight or suffer other serious bodily injuries.

At least two incidents like this occurred in Dallas and are the subjects of investigations by the Dallas County District Attorney’s Office. During one, 26-year-old protester Brandon Saenz was shot in the eye with a foam bullet that shattered bones, robbed him of sight in his left eye and knocked out seven teeth.

At a press conference asking for more information from the public about these events, District Attorney John Creuzot said “less-lethal” or “non-lethal” may not be the most accurate description of these weapons.

Alex del Carmen, a criminology professor at Tarleton State University in Fort Worth, said there has always been a question of what an appropriate use of force is in law enforcement.

Over the last three or four decades, del Carmen said, a focus on community policing has prompted law enforcement to increasingly use less-lethal or non-lethal tactics.

“The idea was for law enforcement to connect with the community, to embrace community relations, and therefore use less-lethal tactics against citizens.” Instead, he said, “What we have seen recently is that engaging in less-lethal force can actually result in the injury of innocent people.”

Following the protests in Dallas this summer, a temporary restraining order was put in place that banned Dallas Police Department officers from using C.S gas, commonly called tear gas, and other less-lethal weapons on peaceful protesters. The ban has been extended three times. The latest prevents officers from using these weapons on peaceful protesters until Nov. 15.

Mike Mata, the Dallas Police Association president, said the problem is that none of these tools are perfect. “Unfortunately, I don’t know of anything that is manufactured that is foolproof,” Mata said.

For example, if an officer tries to subdue a person with a Taser, a non-lethal weapon in normal circumstances, but this person has underlying health conditions or is on some sort of stimulant, this may result in death.

Similarly, if an officer shoots a projectile at someone’s torso, but they duck, it could hit the person in the face and cause a serious injury, something he suspects happened in Saenz’s case. Officers are retrained on the use of these weapons every two years. While more training is always good, he says the problem is that law enforcement has not always been transparent with the public about their tactics.

"The department has failed the community in educating them in what we do and what we don’t do. For the longest time, we didn’t tell the public how we train or what we do in certain situations because I guess the department felt like it was some big secret," Mata said. "We should be teaching the public why we walk up to the car with our hand sitting on our gun, teach them why we ask them to get out of the car sometimes, why we search houses with our gun in our hand, because they don’t understand, and I wouldn’t expect them to because they haven’t had any training."

But to del Carmen, the issue is broader. He said that one of the biggest problems is the decentralization of law enforcement in the U.S. He said that less-lethal tactics are often embraced or abandoned by law enforcement agencies, “but you’ll never find that uniform standard unless the federal government hands down an order or guidance that supersedes state authority.
KEEP THE DALLAS OBSERVER FREE... Since we started the Dallas Observer, it has been defined as the free, independent voice of Dallas, and we'd like to keep it that way. With local media under siege, it's more important than ever for us to rally support behind funding our local journalism. You can help by participating in our "I Support" program, allowing us to keep offering readers access to our incisive coverage of local news, food and culture with no paywalls.
Make a one-time donation today for as little as $1.