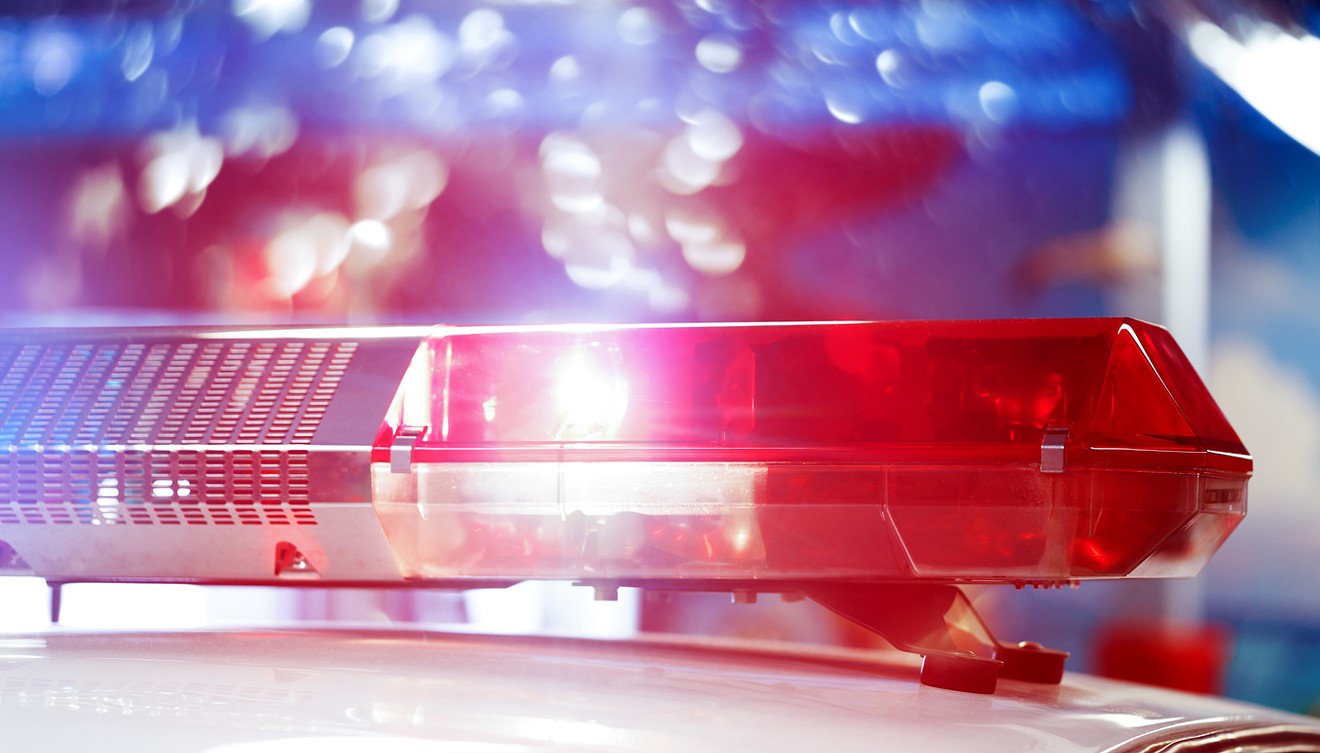 Despite there being a safe distance between Dunn and the truck, the officer unholstered his gun and shot Moreno several times, killing him. With no one left driving, the truck collided with a nearby parked car. iStock/DallasO75219
On June 12, 2019, then Farmers Branch Police Officer Michael Dunn shot and killed Juan “Johnny” Moreno outside an adult arcade in Dallas.

Dunn claimed he pulled the trigger because he feared for his life, but lawyers for the Moreno family claim in a new federal lawsuit that Moreno posed no danger to anyone and that the police department isn’t adequately training officers.

Moreno and a couple of friends had piled into a white pick-up truck. His family members have since admitted the truck was stolen out of Irving. The trio was just leaving the Mug and Mouse Adult Arcade in Dallas, and Moreno agreed to drive his friend Raul Gonzalez to work.

Once everyone was in the truck, Dunn, who had been waiting in the parking lot, drove his police SUV toward them. The officer “parked perpendicular to the driver’s side of the pickup, which left a clear path for Johnny to drive the truck,” according to the lawsuit.

Moreno drove forward and turned left as Dunn was getting out of his car. Despite there being a safe distance between Dunn and the truck, the officer pulled out his gun and shot Moreno several times, killing him. With no one left driving, the truck crashed into a nearby parked car.

Dunn claimed he was in the path of Moreno’s truck and feared for his life. But security footage “clearly contradicted this fabricated version of events, as Dunn was never in the path of the truck or in harm's way,” according to the lawsuit.

The case was eventually brought before a Dallas County Grand Jury, which indicted Dunn for murder. The criminal case is still ongoing and awaiting trial.

The Moreno family's lawyers now say the city of Farmers Branch didn’t train Dunn properly so he didn’t know not to use deadly force. “Dunn fired multiple shots into the windshield and driver’s door window as he aimed his firearm to kill Johnny, just as he had been trained,” according to the lawsuit.

Contacted by the Observer, the Farmer Branch Police Department declined to comment.

Instead, he spent hundreds of hours training how to discharge his weapon, completing S.W.A.T, S.W.A.T. sniper and tactical firearms courses. Additionally, Dunn was only required to complete less than 14 hours of course time on race issues and cultural diversity.

“Dunn fired multiple shots into the windshield and driver’s door window as he aimed his firearm to kill Johnny, just as he had been trained.” – lawsuit

Before killing Moreno, Dunn had only completed one use of deadly force course, back in 2011. After fatally shooting Moreno, the department put him through two more.

Training at the Farmers Branch Police Department is spotty, according to the lawsuit, and has led to similar instances of use of deadly force. For example, former Farmers Branch officer Ken Johnson completed similar limited training and ended up killing a teenager in 2016.

“Farmers Branch was on notice that the amount and type of training it required of its officers would lead to the use of excessive deadly force as was the case when Johnson shot and killed one teenager and seriously wounded another in March of 2016, for which he was ultimately convicted of murder,” according to the lawsuit.

But to the lawyers, the Moreno case is not just emblematic of training problems at the police department. It’s also on par with a culture in Farmers Branch that dates back to 2006, the year Dunn was hired, of showing hostility toward minority communities.

That year, Farmers Branch passed a resolution making English the official “business” language of the city. Later the City Council passed ordinances directed at property maintenance that was disproportionately applied to Latino neighborhoods. In another lawsuit, it was later determined that the Council drafted those ordinances behind closed doors in violation of the Texas Open Meetings Act.

This culture remained in the city throughout Dunn’s employment, according to the Moreno lawsuit.

Within two weeks after the shooting, Dunn was charged. Scott H. Palmer, one of lawyers representing Moreno's family, told Fox the quick action says a lot about the case. "This is the quickest indictment of a police officer I have seen in 25 years of practicing law," Palmer said.

While the criminal charges linger due to a backlog of cases, Palmer says he'll keep working on the civil case, seeking recourse for what he calls the inadequate training that lead to Moreno’s death.
KEEP THE DALLAS OBSERVER FREE... Since we started the Dallas Observer, it has been defined as the free, independent voice of Dallas, and we'd like to keep it that way. With local media under siege, it's more important than ever for us to rally support behind funding our local journalism. You can help by participating in our "I Support" program, allowing us to keep offering readers access to our incisive coverage of local news, food and culture with no paywalls.
Make a one-time donation today for as little as $1.